Police raided a warehouse for drugs ... and 'found a bitcoin mine'

By Entrepreneur en Español June 1, 2021
This article was translated from our US edition using AI technologies. Errors may exist due to this process.

On May 18, the West Midlands Police in England made an unprecedented finding in a recent raid. In an anti-drug operation in a warehouse, the uniformed men instead of finding narcotics, discovered a large " bitcoin mine".

According to the official report, the authorities raided a warehouse in an industrial plant in the city of Sandwell that according to their reports "had all the characteristics of being a place of cannabis cultivation ."

"We heard how many people visited the unit at different times of the day, many wiring and ventilation ducts were seen, and a police drone picked up a considerable heat source from above," says the West Midlands Police page .

The police believed that this artificial heating was being used to grow marijuana in the cold English climate. However, when they entered the warehouse they found several high-performance computers that mine bitcoins by generating a lot of heat. 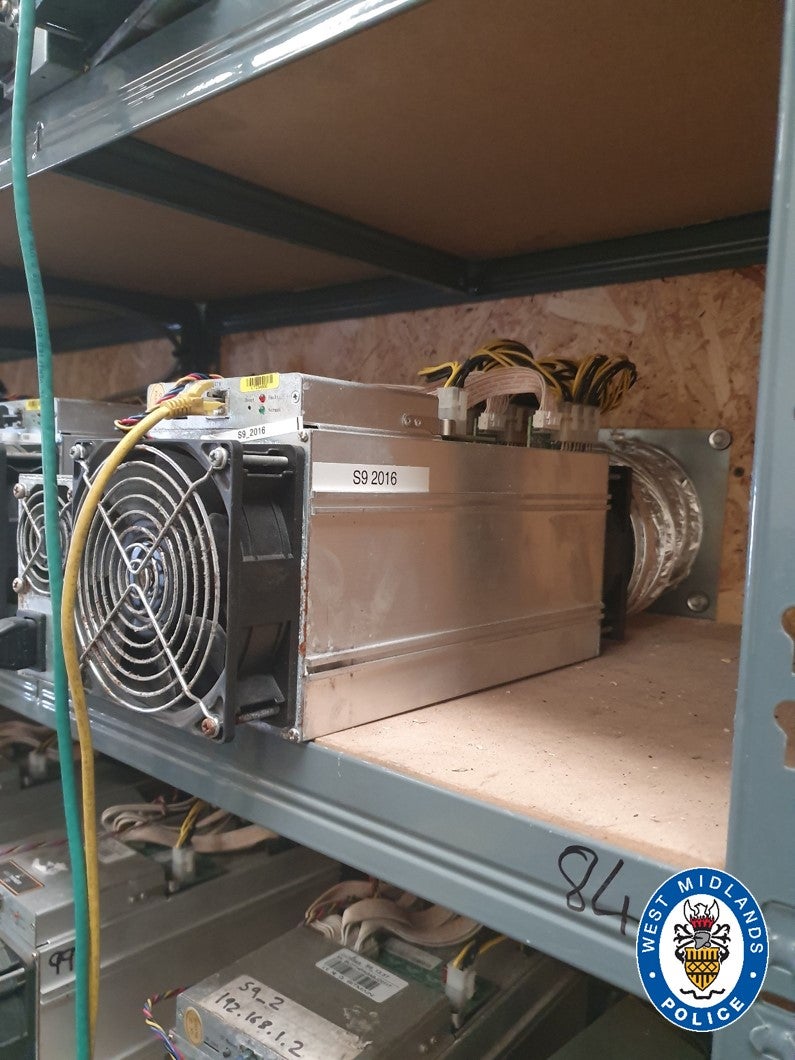 It was not an entirely unsuccessful operation as while bitcoin mining is not illegal in the UK, the police found that this specific farm had stolen thousands of pounds of electricity to operate.

“We have seized the equipment and will be investigating its permanent seizure under the Assets of Crime Act . There was no one in the unit at the time of the warrant and no arrests have been made, but we will make inquiries with the owner of the unit, ”Sergeant Jennifer Griffin told her page.