State Legislators Are Finding Support For Legal Cannabis In Pennsylvania

By J. Phillip June 23, 2021
This story originally appeared on MarijuanaStocks

In Pennsylvania, Two state legislators are working to establish backing for a piece of legislation to legalize marijuana. Which they are planning to introduce in the immediate near future. A memorandum was sent to associates from Reps. Jake Wheatley and Dan Frankel.

In this memo, they said the proposal “will create a legal and regulatory framework structured to control and regulate the cultivation, processing, transportation, distribution, delivery, and sale at retail of cannabis and cannabis products.”

This news has comes as a bipartisan Senate group is also working on creating a bill to legalize cannabis across the nation. Information was spoken about in regards to the cannabis bill earlier in 2021. This announcement was made by Sens. Dan Laughlin and Sharif Street.

Furthermore, this cannabis bill has not been formally introduced. Wheatley and Frankel mentioned some stipulations to their forthcoming bill. Their bill will legalize the possession and sale of up to 28 grams of cannabis for adults 21 and older. It would create a legislatively appointed Cannabis Regulatory Control body to manage the market.

“Our legislative proposal would lay the foundation for enhancing social and economic equity for individuals and communities that have been and continue to be adversely impacted by the criminalization of marijuana and the aggressive enforcement of simple marijuana possession laws in marginalized communities,” the memo states. “The proposal would provide for direct participation in the cannabis industry by individuals who live in these communities and by small diverse and disadvantaged businesses.”

The Next Step For Legal Marijuana In Pennsylvania

The Department of Agriculture would be directed to “provide for participation by disadvantaged farmer-owned small businesses.”

When it comes to the sale of selling retail marijuana a 13 percent sales tax would be implemented. Various districts and communities would be able to add an extra tax of up to 2 percent. As well seven percent cultivator and processor privilege tax and a separate would be added. In addition to a separate one percent or two percent tax on the sale or transfer of cannabis products. But only when done from a cultivator or processor to a retailer.

Individually, two proposals to decriminalize cannabis were introduced in the GOP-controlled House and Senate at the start of 2021. However, they’ve not received attention in the committees to which they were referred.

Beyond the legislature, Gov. Tom Wolf declared earlier in 2021 that legalizing cannabis is a major priority. To which he then allocated the yearly budget with legislators. Nevertheless, his formal spending demand didn’t include legislative language to actually succeed with the cannabis bill that was presented.

Gov. Wolf has many times asked for cannabis legalization and pressured the Republican-controlled legislature to pursue the reform. Which he has taken action on since coming out in favor of cannabis reform in 3 years ago. Soon after he did that, a legislator filed a separate bill to legalize marijuana through a state-run design. A new version of that bill was refiled in the current legislative session.

Final Thoughts On Legal Marijuana In The State Of Pennsylvania

At one point in time Lt. Gov. John Fetterman was the leader for a listening tour across the state of Pennsylvania. This was done to entice public input on legalizing marijuana.

He’s attributed that work with helping to move the governor toward adopting comprehensive reform. The lieutenant governor even decorated his Capitol office with a cannabis-themed decor in contravention of a state law passed by the GOP-led legislature. Fetterman has also been actively included in supporting Gov. Fetterman to apply his clemency authority for cannabis cases while the chamber moves to pass cannabis reform. 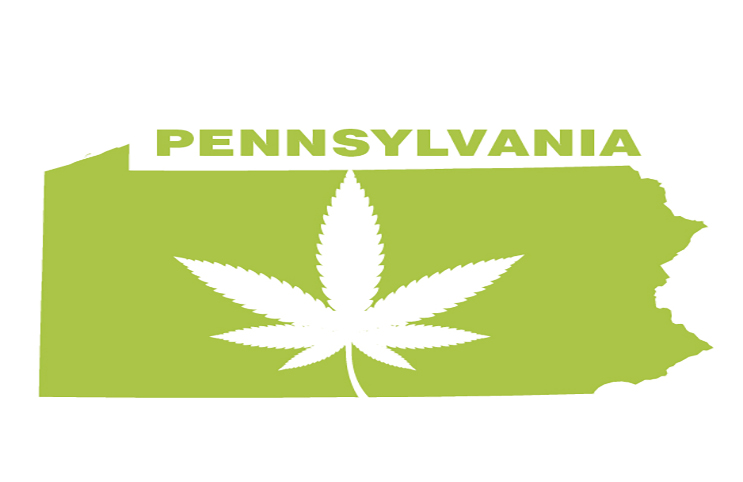 Back in May, Wolf pardoned a doctor who was arrested, indicted, and put in jail. Which was done for cultivating cannabis that he used to offer relief for his dying wife. That makes for his 96th pardon for people with cannabis convictions. This was done through the Expedited Review Program for Non-Violent Marijuana-Related Offenses. A program that’s being governed by the Board of Pardons.

[Read More] Minnesota Cannabis Bill Has Been Approved By The House

Overall, cannabis reform is popular among Pennsylvania voters. There’s 58 percent of residents stating they support ending cannabis prohibition in a survey released in April. Another poll released last month found that a majority of voters in the state also support decriminalizing all currently illicit drugs.