Cannabis Law in Mexico: What does the Declaration of Unconstitutionality approved by the SCJN mean?

This Monday, the Supreme Court of Justice declared the prohibition of the adult use of cannabis in Mexico unconstitutional, but it is not yet time to celebrate, see why.

By Mairem Del Río June 28, 2021
This article was translated from our US edition using AI technologies. Errors may exist due to this process. Opinions expressed by Entrepreneur contributors are their own.

This Monday, June 28, around noon, the Supreme Court of Justice of the Nation (SCJN) approved the Declaration of Unconstitutionality on the prohibition of adult use of marijuana in Mexico , after which Congress did not reach a consensus regarding the approval of the Federal Law for the Regulation of Cannabis .

With eight votes in favor of the eleven ministers that make up the plenary session of the Supreme Court, the proposal of Minister Norma Lucía Piña Hernández was endorsed. It pointed out that the   Congress of the Union had failed to comply with the Court's mandate by failing to regulate the recreational use of marijuana. This Declaration of Unconstitutionality is expected to be published in the Official Gazette of the Federation (DOF) this week.

"With this declaration, the legal obstacle is removed for the Ministry of Health, through the competent body, to authorize activities related to the self-consumption of cannabis and THC -such as sowing, cultivating, harvesting, preparing, possessing and transporting-, with recreational activities, thus respecting the right to free development of the personality, "reads the statement published on the SCJN's official Twitter account.

The text clarifies that "the exercise of the right of self-consumption" of marijuana "in no case may be done affecting third parties, so it should not be exercised in front of minors or in public places where there are people who have not given their authorization ".

What has not yet been decriminalized is importing, trading, supplying "or any other act of alienation and / or distribution of such substances," they explain.

What does the declaration of the SCJN really mean?

In an interview with Entrepreneur en Español , Luis Armendáriz , corporate lawyer for the Cannabis industry at Caam Legal and representative of Hoban Law Group, pointed out that this resolution raises more problems than solutions.

“It is a scenario where the Judicial Power is legislating, because it is annulling, modifying, a law. The problem is that, although it is a step forward, the legal vacuum is expanding because you can already consume, but they are not regulating the industry. Where do I buy it? Who can sell it? Can I grow it to sell or not? What are the limits? In other words, a lot of legal uncertainty was created, how are you going to know what you can do and what not? ”, Explains the specialist.

With this decision, COFEPRIS will not be able to deny you your cannabis permit, although this is still an essential requirement to be able to consume legally. Cannabis-related crimes are still in effect if you don't have it.

Armendariz pointed out that this Declaration of Unconstitutionality "decriminalizes but does not regulate" the cannabis industry and all the processes involved. Therefore, there will be situations that are legal and illegal at the same time "because it is going to lend a lot to the interpretation and perception of the people ."

Caam Legal's lawyer was concerned about all the implications of declaring unconstitutional the provisions of the General Health Law that prohibited the adult use of cannabis in Mexico .

“With this, they can't put you in jail for doing a lot of things related to cannabis. But if you are not regulated, from the point of view of administrative law, you can be fined, and you can request protection and stay like that for a long time, because you are not protected by a regulation. There is no legal certainty ”.”, Explained Armendariz.

Why has the Law for the adult use of cannabis in Mexico not been specified?

Since 2018, the approval of the law that regulates the recreational, recreational use or better said, the adult use of cannabis in Mexico has been postponed. The Supreme Court of Justice indicated that it is unconstitutional to prohibit it and ordered the Legislative Power to legalize it, since the provisions of the General Health Law that prohibit it go against the rights granted by the Mexican Constitution.

“The Legislative Power takes its initiative of law and, time and again, they did not comply with the deadlines that the Supreme Court set them to approve it. The last extension was granted on April 30 and that is why now they had to make the General Declaration of Unconstitutionality ”, Luis Armendáriz told Entrepreneur in Spanish in the framework of the first edition of The Cannabis Expo in Mexico , held on 24 and June 25th.

By resolving the general declaration of unconstitutionality 1/2018, the Court eliminated the absolute prohibition on recreational or recreational consumption of cannabis and THC established by the General Health Law. The exercise of the right of self-consumption in no case may affect third parties. pic.twitter.com/JvK4dPUdm3

"That's why everyone thought it was legal for months, but technically the legislative process was not completed," said Armendariz.

If approved, the only thing missing would be the approval of President Andrés Manuel López Obrador and that it be published in the Official Gazette of the Federation to enter into force. However, “the ruling of the law was stopped in the Senate, because although it was approved by two commissions, it still lacks the vote of one more commission and pass it on to the president to sign it, although he could still veto it at that point. ”Explained the expert in cannabis legislation.

The ruling of the law that is still pending approval "would legalize the adult use of cannabis and regulate the entire industry: cultivation, production, transport, sale, consumption, business licenses and other activities, as well as the entire public health part" lawyer.

What is legal and what is not of marijuana in Mexico so far?

Since 2017, in Mexico, legal use of cannabis can be made in the pharmaceutical industry , a law that could not be properly implemented until January 2021, when the regulation was finally published to be able to apply it.

“This regulation is strictly focused on pharmaceutical use, pharmacological derivatives and pharmaceutical grade products. This law regulates the entire chain, from cultivation, research and processing for primary production, to the manufacture, prescription and sale of drugs with components derived from cannabis ”, clarified Luis Armendáriz. 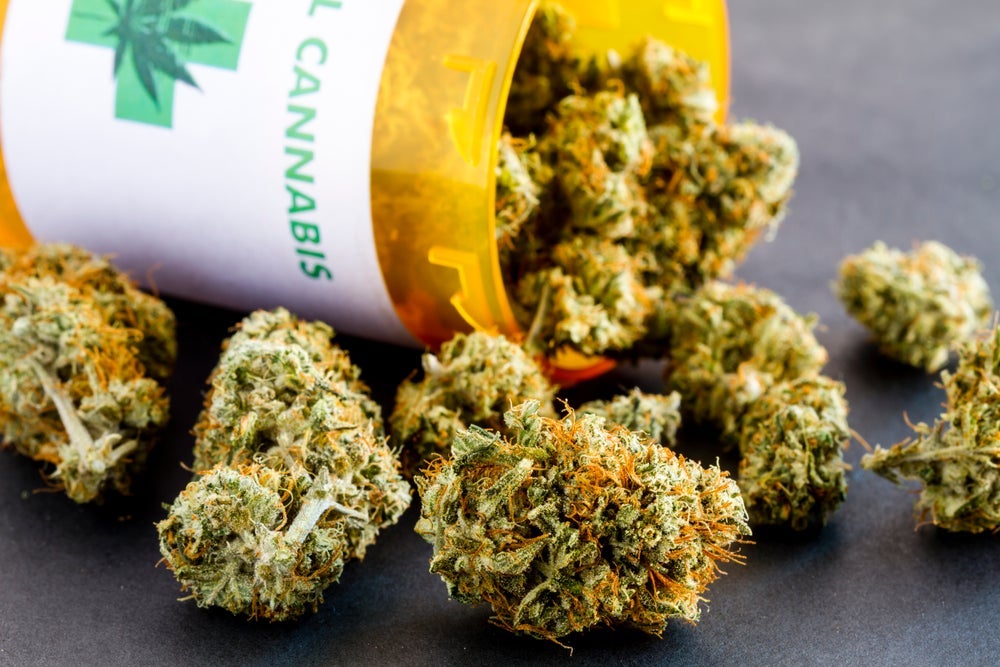 Pharmaceutical use has been approved since 2017, but it had not been possible to implement it because there was no secondary regulation until January 2021. Image: Depositphotos.com

Now, we only have to wait for Congress to approve a definitive regulation for the adult use of cannabis in Mexico, otherwise we will be stuck in a limbo of uncertainty for as long as it takes to reach a consensus.