By J. Phillip June 30, 2021
This story originally appeared on MarijuanaStocks

Its official New Mexico has now enacted a law regarding legal marijuana. This new legislation was initiated this past Tuesday with a cap on personal cannabis possession. Which was done in addition to growing marijuana being legal for those 21 and older. Now for those who use cannabis may legally hold up to 56 grams in their possession as well as 16 grams of concentrates. Also, you can cultivate up to 6 full plants for personal use. However, this will still need some time before retail sales begin.

Right now several states including New Mexico are now going to be legalizing the adult use of marijuana in the same week. Following this, you have Virginia and Connecticut, which both have new policies ending cannabis prohibition. Which is set to be put into action on Thursday. In New Mexico, under a timeline published by the Cannabis Control Division. Which falls under the state Department of Regulation and Licensing. These regulators must organize an advisory council and start accepting certain marijuana business licenses no later than September 1.

What Comes Next For New Mexico’s Cannabis Market

By the start of 2022, the division must issue licenses to adequate commercial cannabis companies. As well as starting the license marijuana training and education programs. With this, the sale of retail cannabis has to begin by April 1, 2022. Regulators will conduct the initial public hearing on cannabis production rules on Tuesday.

“After decades of people being arrested for simply possessing cannabis or growing a few plants, New Mexicans are finally able to exhale,” Emily Kaltenbach, senior director for resident states and New Mexico for the Drug Policy Alliance, said in a press release. “But make no mistake, this fight isn’t over. We still have our work cut out for us to fully repair the damage that has been done as a result of prohibition, and that means advocating for equity and diversity in the new industry and coming back during the 2022 budget session to ensure funds are made available for critical reinvestment in the communities that have been most harmed.”

As of now, there is a limit on the number of business licensees that could be allowed under the program. Also neither the number of facilities a licensee could open. However, regulators could halt distributing new licenses if an advisory committee determines that “market equilibrium is deficient.”

When buying marijuana there will be an added 12 percent excise tax on top of the state’s regular eight percent sales tax. Starting in 2025, the excise rate will rise by one percent each year. This will take place that number has reached 18 percent in 2030. Medical marijuana products, available only to patients and caretakers, would be excluded from the tax structure.

Local authorities are not allowed to ban cannabis businesses entirely, as some other states have been able to do so. Yet districts are able, to use their local zoning rights. Meaning they can limit the number of retailers or their distance from schools, daycares, or other cannabis businesses.

Polling showed New Mexico voters are ready for legal marijuana. Back in October a survey was conducted that found a bulk of residents are in favor of legalization. Furthermore with social equity provisions in place, and about half support the decriminalization of drug possession more broadly.

The final passage of this cannabis bill was given by Gov. Michelle Lujan Grisham back in April. This also led to Gov. Lujan Grisham achieving an important goal for her administration. She had to assemble a special session to make sure that legislators got the job done. Primarily after they neglected to pass legalization during the regular session.

A separate, corresponding bill offering measures for expungements for convictions passed as well. Under it, courts must begin reopening cases that meet the criteria within 4 weeks after the legislation goes into effect at the start of 2022 Regulators started a website to offer knowledge about legalization before the governor even signed the bill into law. 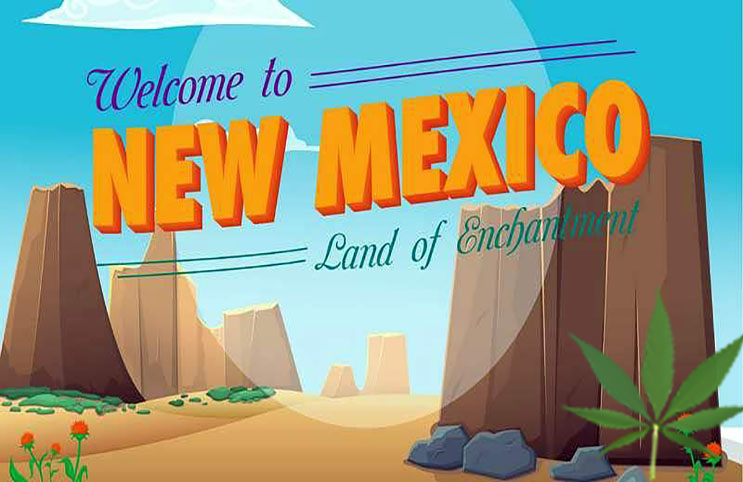 Lujan Grisham included cannabis legalization as part of her 2021 legislative agenda. She has also frequently spoken on the necessity to legalize cannabis as a means to boost the economy. particularly in the middle of the coronavirus pandemic. She said during a State of the State address in January that “a crisis like the one we’ve experienced last year can be viewed as a loss or as an invitation to rethink the status quo—to be ambitious and creative and bold.”

How One Cannabis Executive Has Pushed Through Challenges