Are These Marijuana Stocks Going To Rise Before Next Month?

By J. Phillip August 19, 2021
This story originally appeared on MarijuanaStocks

In the last several month’s marijuana stocks have seen a significant drop in trading. Now some of this can be attributed to the fear of shutdowns due to the delta variant. Which during the last shutdown many cannabis businesses were able to thrive in a major way. Another reason could be due to the reveal of Schumer’s draft bill to legalize cannabis federally.

Once the draft was released the language was not exactly fair in regards to how much cannabis cultivators and businesses would be taxed. This created fear and some uncertainty about the future of the cannabis industry. As well another hurdle is what would be required from Congress to enact such a bill. Which is only adding more concern about how people of the industry will survive.

Just these above issues are causing many marijuana stocks to not perform at a higher level. However, the current level at which they are trading now is shows to be a good buying opportunity. Back on August 18th, the sector was starting to show signs of upward trading. This could have been due to marijuana companies releasing good earnings results showing solid growth potential.

Even though concerns about investing in cannabis stocks are present the progress of the overall industry is strong. Because of this growth and success, some feel from an investor standpoint it’s about weathering the storm. Some analysts feel that it’s only a matter of time before the cannabis sector runs again.

For now, investors are remaining cautious and vigilant for any sudden changes in the market. The hope that federal cannabis reform will be the initial cause of a rise in trading is what many are feel will happen. So with this info just remember to do your research before investing in cannabis stocks.

Top Marijuana Stocks For Your 2021 Watchlist

Red White & Bloom Brands Inc. engages in the cultivation and retail of cannabis products primarily in Michigan, Illinois, Massachusetts, Arizona, California, and Florida. The company is headquartered in Vancouver, Canada. In the last 4 weeks, the company has released some important news updates. 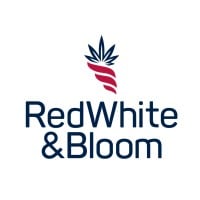 In more recent news the company has set August 30th after the close to release its Q2 2021 financial earnings. If this new venture and earrings show to be promising it could add more upward trading momentum for the company. Back on August 4th, the company announced its subsidiary has closed the acquisition of a 45,000 square foot greenhouse.

This new greenhouse will be set on 4.7 acres of property located in Orange County. The company will begin rapid development on the facility to ensure all compliance standards are achieved for a Q4 2021 harvest schedule.

“The Apopka facility is part of the overall strategic vision RWB has for Florida and we are excited to see such forward progress being made since acquiring our license earlier this year,” said Jim Frazier, GM of RWB Florida. “The Apopka acquisition cements the fact that we are committed to expansion in Florida, which is in line with the overall company’s growth strategy across the country.”

[Read More] What Will It Take To See These Marijuana Stocks Run In 2021?

Charlotte’s Web Holdings, Inc. is one of the premier CBD companies in the cannabis industry. The company was established by the Stanley Brothers who got their claim to fame by helping a little girl named Charlotte with her medical issues. All in all the company produces and distributes hemp-based cannabidiol wellness products in the United States.

The company offers products in the categories of tinctures, capsules, gummies, topicals, and pet products. In the company’s more recent news release they announced its Q2 2021 earnings report. During this time the company increased its revenue by 11.4% to $24.2 million vs. $21.7 million in Q2-2020. As well the company saw its revenue jump to $15.8 million, or 65.5% of consolidated revenue. Another thing to mention is Charlotte’s Web reduced its operating expense by 15.2% year over year.

Words From The CEO Of Charlotte’s Web Holdings, Inc.

“The ongoing economic recovery from the pandemic that began in Q1 strengthened through the second quarter, driving a 38% increase in our retail revenue as many consumers transitioned from online shopping back to brick and mortar retail. This was especially evident within our largest and most established medical and healthcare practitioner channels,” said Deanie Elsner, CEO of Charlotte’s Web. “We believe we are best positioned to take advantage of the return to brick and mortar retail as we hold the number one share position in the food/drug/mass and natural specialty retail channels in the US. Internationally, we recently planted our first hemp crop in Canada and anticipate initial product sales by early 2022.”

In the last 2 months of trading CWBHF stock has been on a volatile downtrend. In the first 3 days of June, the company looked like they holding its current position. At the end of May moving into June CWBHF stock was showing some upward trading even though it was short-lived. Beyond some small spikes in trading overall the entire month of June the company suffered a loss in the market. This downward pattern continued into July yet just like June small upticks occurred on the way down. Currently in August CWBHF stock is still down but hopefully, things will soon change for this marijuana stock to watch in 2021