By J. Samuel September 7, 2021
This story originally appeared on MarijuanaStocks

Cannabis Sales Massachusetts Hit Over A Billion Dollars In Since 2018

When it comes to the cannabis industry there is more than just marijuana stocks. Even though many are focused on cannabis stocks and the progress of marijuana companies other areas are also thriving. Currently in the United States, more than half of the country has legalized cannabis in some form. With these legal states building new markets more revenue is being made which is adding more value to the cannabis industry. Especially with the push for federal cannabis reform such as the Marijuana Banking Act and ending marijuana prohibition.

In a recent discussion with Boris Jordan, he gave some input as to what he feels lies ahead for the future of cannabis legislation. With federal reform enacted it will be a major asset for all marijuana businesses. To which Boris Jordan said it’s a matter of when and how congress is a bit preoccupied with other priorities. Yet in the current state of the cannabis industry, many states are generating record amounts of money from the sale of legal cannabis. This has been the case for Illinois, California, and a few other regions across the U.S.

Below we will discuss how Massachusetts is another state that has recently reported generating a large amount of revenue approximately $2 billion. This number represents the total dollar amount of legal sales since the launch of the state’s market back in late 2018. Gross sales from Massachusetts 165 cannabis dispensaries as well as three delivery services reached $2,009,007,478 as of the 31st of August. This accounted for 2 times the amount of sales that the commission reported last November. Which is according to the state’s seed-to-sale tracking system.

“As the Commission reflects on our four years of work, I hope the Commonwealth is proud of the agency we have built and the new industry that has been introduced and established,” Commission Executive Director Shawn Collins said in a press release. “This milestone speaks to the success of licensees that have interacted with the Commission from the application stage, maintained compliance with our strict regulations, and contribute every day to communities across the Commonwealth.” 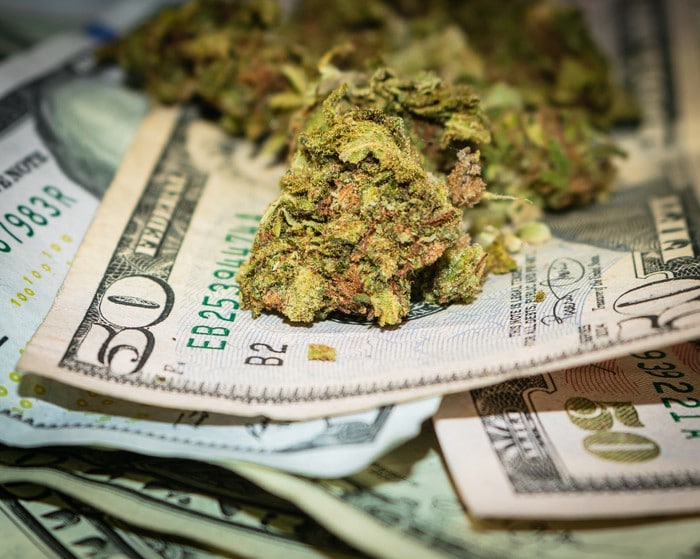 “This number also underscores the entire agency’s tireless efforts, particularly those of our hardworking staff, to thoughtfully regulate a safe, accessible, and effective adult-use marketplace that keeps critical tenets of our mission—public health, public safety, and equity, among others—front of mind,” Collins added.

Those who actively support cannabis and the growth of the state’s market are making sure things are set up correctly. For example, advocates want to ensure that the industry is set up as fairly as possible. In addition to promoting the participation of those who were most impacted by the war on drugs. Which has been a difficult task to carry out especially in spite of the coronavirus pandemic.

Cannabis Sales Around The United States Are Going Up

Arizona recently reported sales of close to $21 million in medical and recreational tax money for July. This data comes from the state officials who based this report based on a website. Which was done to efficiently follow how the industry is growing. On the west coast, California brought in $817 million in recreational cannabis tax dollars for the 2020-2021 fiscal year. That’s 55 percent more cannabis earnings for state coffers than was generated in the prior fiscal year.

A new scientific study of sales data in Alaska, Colorado, Oregon, and Washington State was conducted. It found that marijuana purchases “have increased more during the COVID-19 pandemic than in the previous two years.” Just in July, only about 3 states generated record-breaking sales for the adult-use market. The same goes for Missouri’s medical marijuana market as well.

Illinois made close to $128 million in recreational cannabis sales also in July. Furthermore, this made for more than 2 times the total monthly sales from back in 2020. July signifies the fifth continuous month that sales in Illinois’s recreational market have exceeded $100 million.

If the sales continue at this pace, Illinois is on course to see more than $1 billion in 2021. Adult-use marijuana sales in Maine hit $9.4 million for July. This jump makes for a 45 percent increase from the prior month’s record. Cannabis sales in Michigan shattered another record in July with over $171 million in marijuana sales. There were $128 million in adult-use sales and $43 million in medical cannabis purchases.

[Read More] Are These The Marijuana Stocks You’ve Been Looking For? Here’s What You Should Know

Final Thoughts On Marijuana Sales In the USA

While the pandemic was happening a good amount of states allowed cannabis businesses to stay open. With governors and regulators in various markets declaring marijuana businesses to be essential services. From this, some areas issued emergency rules. These rules would allow for curbside pickup, delivery services, or other more eased policies in order to promote social distancing.