Lawmakers In Pennsylvania Are Working To Legalize Marijuana

By J. Samuel September 29, 2021
This story originally appeared on MarijuanaStocks

In recent news, a piece of cannabis legislation has been made in Pennsylvania. This cannabis bill was formally introduced earlier this week. To which sponsors stressed that the strategy to pass this type of policy change is crucial. Mainly due it the bill advocating for social equity for areas most impacted by the war on drugs.

Reps. Jake Wheatley and Dan Frankel released details about the cannabis legislation during a press conference. This bill has come forth months after the pair showed a cosponsorship memorandum advising colleagues to get on board with better marijuana legislation.

“We think we have the industry standard,” Wheatley said at a press conference with supporters. “You’ve heard me over and over again, year after year, talk about this important issue. For some, it’s an economic question. For others, it’s a question around access and opportunity. But the baseline of why I’ve been harping on this for as long as I have is the social and criminal justice reform aspects.”

With that, the legislators recognized that “there’s real significant opportunities within our Commonwealth to increase our revenue from an industry that we see is growing all across all of our neighbors”.

With this new bill adults, 21 and older would be able to buy and hold up to 28 grams of marijuana. As well people would be allowed to obtain a license for home grows. Which would allow people to cultivate up to 3 mature and immature plants. Those who have prior cannabis crimes would have their records automatically expunged. In addition, people who are currently in jail for cannabis crimes made legal with the measure would be released.

For people in neighborhoods that have been by marijuana-related crimes would be the focus to receive business licenses. As well as veterans seeking the same permits. The state Departments of Revenue, Agriculture, Health, and the attorney general’s office play a significant role. They would be responsible for overseeing and regulating aspects of the program.

“This is a piece of legislation that’s been worked on by many staff at the Democratic caucus, worked with advocates, looked at models from other states and I think it’s really a great piece of legislation that I think will hopefully galvanize a conversation to finally deal with it,” Frankel said. “Now we all know the terrible history of the criminalization of cannabis—mass incarceration for people of color, as well as harmful ramifications for people’s ability to get jobs, education or loans.”

“The most important part of this legislation seeks to repair some of the damage caused by generations of harmful policy in this area,” he said.

The introduction of HB 2050 appears as a bipartisan Senate duo is also in the process of creating another bill to legalize cannabis throughout the nation. Sens. Sharif Street and Dan Laughlin released some info on the proposal in early 2020. However, the proposal has yet to be formally introduced.

The Next Step For Cannabis Reform And Social Equity

Meanwhile, state Attorney General Josh Shapiro this past Tuesday spoke on the fact that Pennsylvania lingers behind other states on cannabis reform.

Still, broad cannabis legalization bills have not progressed in the GOP-controlled legislature. Although Pennsylvania senators listened to testimony this past week. This was in regards to a measure to defend medical marijuana patients from being prosecuted under the state’s “zero tolerance” DUI laws. 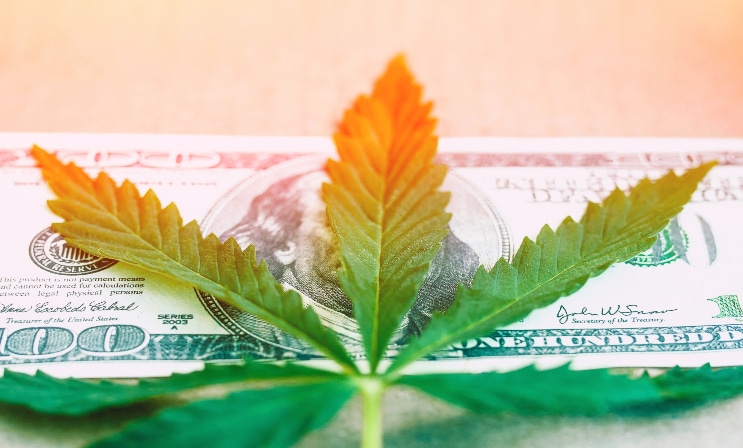 The earlier version of this proposal was initially introduced by Sen. Camera Bartolotta back in June 2020. During that time she stated the state needs to “ensure that the legal use of this medicine does not give rise to a criminal conviction.”

Months after the standalone reform legislation was introduced, the Pennsylvania House approved a separate revision. This revised measure would enact the policy change.

[Read More] Best Canadian Marijuana Stocks To Buy? 2 For Your List In October 2021

The Next Step For Lawmakers In Pennsylvania

Beyond the legislature, Gov. Tom Wolf mentioned at the start of 2020 that marijuana legalization was a priority. Which was said as he arranged the yearly funds with legislators. However, his formal spending request didn’t contain legislative writing to truly achieve the cannabis policy change.

With Wolf signing the medical cannabis expansion measure back in 2020 he has been frequently asking for legalization. To which he has urged the Republican-controlled legislature to proceed with the change since stating he is all for the policy back in 2019. Soon after he declared his stance, a lawmaker filed a separate bill to legalize marijuana through a state-run design.

Lt. Gov. John Fetterman, once headed a listening tour across the state to request public input on legalization. He’s attributed that effort with helping to lead the governor toward finding a grey area with comprehensive reform. The lieutenant governor even decorated his Capitol office with marijuana-themed decoration in opposition of a state law passed by the GOP-led legislature.

Fetterman has also been actively involved in encouraging the governor to exercise his clemency power for cannabis cases. This happening while the legislature moves to advance reform.

In May, Wolf pardoned a doctor who was detained, indicted, and put behind bars for cultivating marijuana. The doctor grew this weed with the intent to provide relief for his dying wife. That made for his 96th pardon for people with cannabis convictions through the Expedited Review Program for Non-Violent Marijuana-Related Offenses. A remarkable program that’s being managed by the Board of Pardons.

Overall, cannabis reform is popular amongst Pennsylvania voters. These voters make for 58 percent of residents declaring they are in support of ending cannabis prohibition in a survey released back in April.

A separate survey released back in May discovered that a bulk of voters in the state are also in support of decriminalizing all currently illicit drugs.