Utópicas is a cultural center that focuses on giving place to women artists.

By Natalia Carbonell October 21, 2021
This article was translated from our Spanish edition using AI technologies. Errors may exist due to this process. Opinions expressed by Entrepreneur contributors are their own.
You're reading Entrepreneur United States, an international franchise of Entrepreneur Media.

Editor's note: This story is part of our new series "Entrepreneurs like me" , in which we seek to give visibility to SME, local and business owners by telling their stories of resilience.

The business of the Hernández Aguilar family is a hidden utopia in the streets of Coyoacán, a place that wants to provide a space for creative women and for social issues that we should be informed about. That is why it is called Utopics. According to the owner, the percentage of publications made by women compared to men is 30-70%, reasons like this led them to think that it was necessary to open a bookstore where only women's work was sold.

They had the idea a long time ago, but before starting the process they were given the opportunity to go live in Spain and they stayed there for 15 years, leaving the project of the cultural center for women pending. In Madrid is the mother of women's bookstores, and they were inspired by her for Utópicas. They also took the opportunity to make contacts and when they returned they were ready to open Utópicas.

“We found a place around the corner from my house. We prepare it to be able to start to create the library. That took us a long time, between getting the nurseries, the furniture and everything. But despite that effort, the most difficult thing was getting publishers, ”says Marta Hernández in an interview with Entrepreneur en Español . 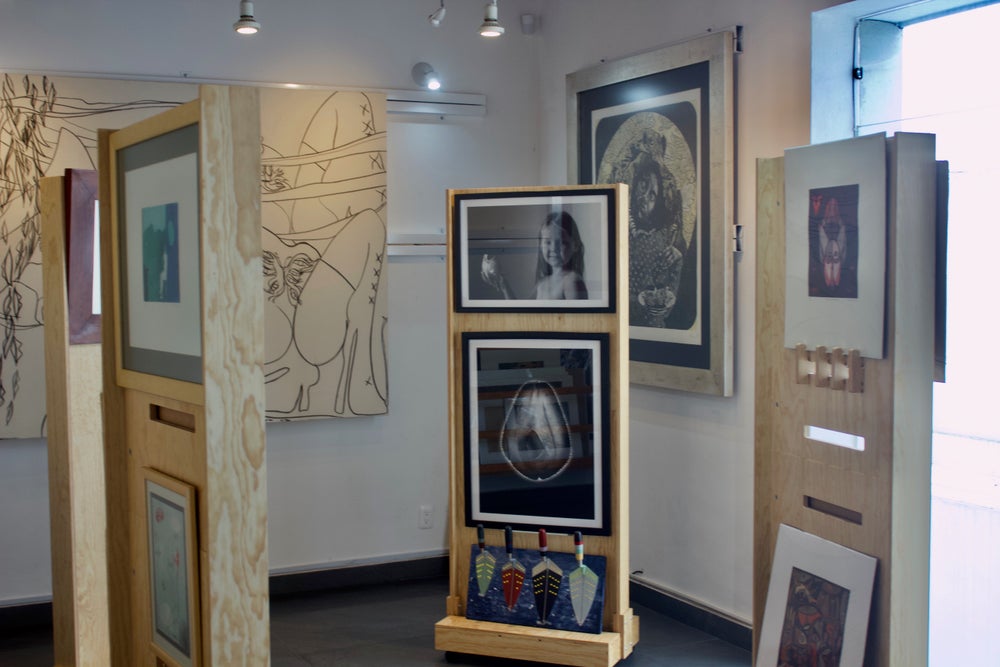 The hardest thing of all was getting the publishers. Big publishers ask you to have recommendations and when you start out you don't have any. They started with smaller and independent publishers such as Sexto Piso and Almería. Little by little they were getting others. But the vast majority of his books are brought from Argentina and Spain. The books they sell are on highly specialized topics such as social movements, so you have to find outreach publications about them. It is not an easy task because in Mexico, for example, there are only academic texts at the moment.

As it is difficult to get them nationally, the vast majority of his books are brought from Argentina or Spain. This is problematic for female owners for two reasons. The first is that customs are a major complication in the book acquisition process. They are very complicated procedures where you have to fill paper after paper and then the shipments stay in the warehouse for a long time. They have received packages that arrive with battered books, or include things that they did not ask for in their boxes. 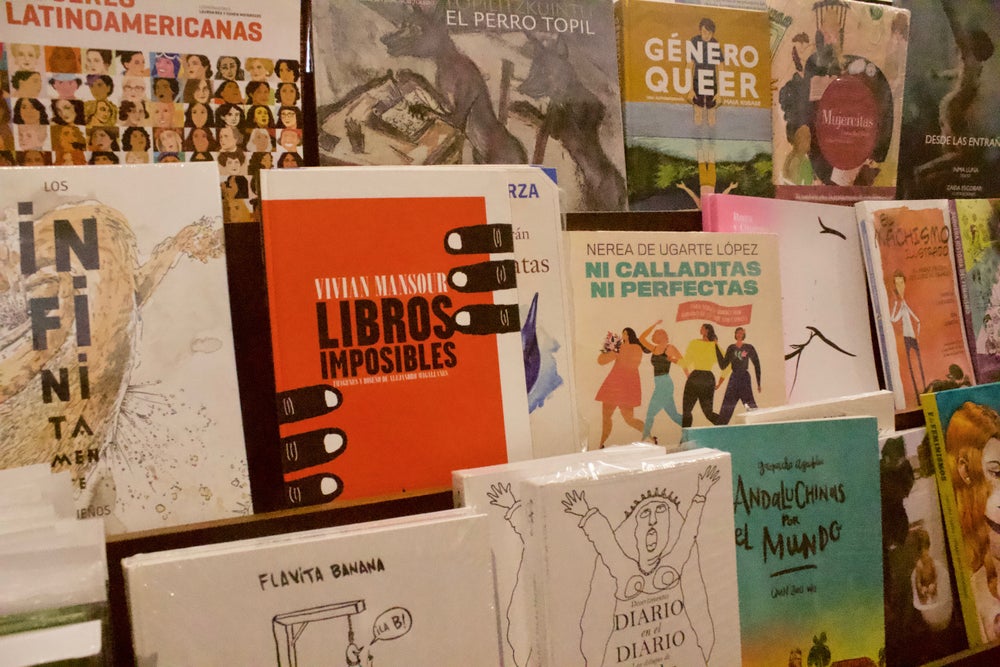 Life savings to create a utopia

The second reason is that the themes they have within the bookstore are very social and cultural, so they vary a lot depending on the country they are in. So a book on feminism in Spain may be lacking in topics that need to be discussed in Mexico. That is why they want to find a way to motivate Mexican authors to publish their writings on these topics.

“It is our golden dream right now to be able to convene publishers and authors to work on these issues. It is a pending task that we have ”, says the owner of the bookstore.

To begin with, Utópicas used all their savings, they do not have a foundation behind or a large company, they decided to bet everything on their idea. When they changed premises, they had many expenses because the rent is much higher, so the economic income has become more complicated. Sometimes people complain about the prices of Utopics, but they cannot charge the same as in Gandhi or devalue the work of the artists who sell their things in the store. 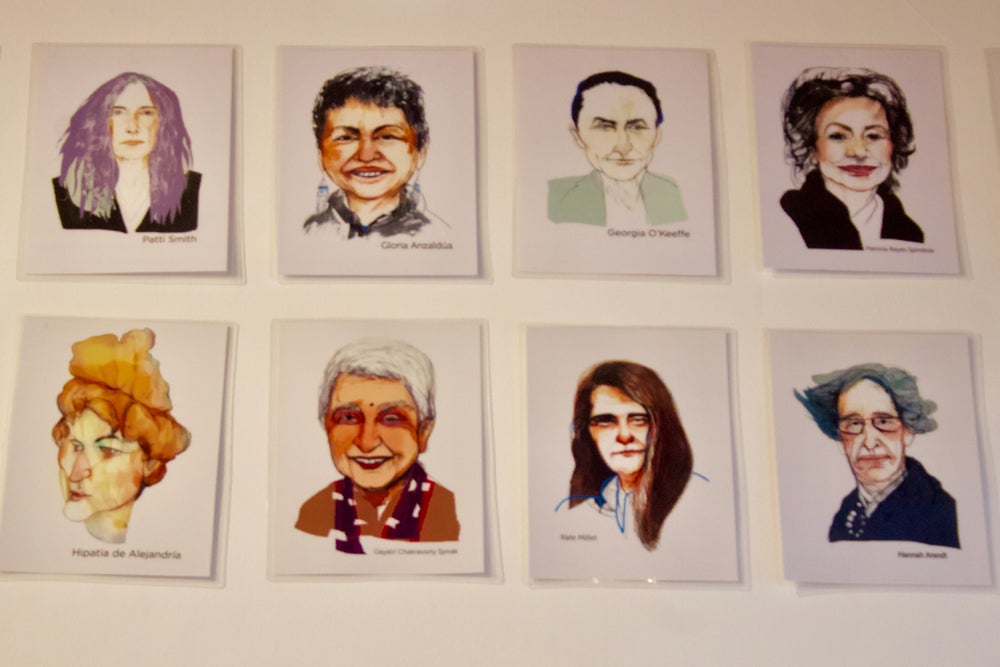 “It is a very intense and demanding job that we like a lot, but we tear ourselves apart. You have to be supportive and supportive, but you have to be realistic. We also have charges to meet. "

In addition to selling books and owning a gallery, they decided to expand beyond literature. They sell jewelry, clothing, bags, hats, movies, and paintings. They never mess with the prices that artists put on their work. Marta says that this relationship is one of the most beautiful parts of the whole business and what is most enjoyed. It was like a chain, in which they contacted two or three and they were including their friends. This is how the network grew and became a community.

“Our relationship with the artists, the suppliers, is more one of friendship than commercial. It is very cute. Suddenly we knew two or three who brought us earrings and diaries and notebooks, but they told us that they had friends who did such and such and they made a chain. From being a gallery / bookstore it has become a community. Confidence goes ahead, ”says Marta.

This is how they have grown, creating community. They haven't spent much on social media, they will suddenly be doing paid advertising, but it's not in their budget yet. Sure they plan to formalize the marketing plan sometime in the future, but for now the growth has been almost entirely organic. People who are going to buy books or sell your products or participate in workshops spread the word. They are very optimistic about their future, because every day they grow and it is a cause that they are passionate about as a family.

Takesabroso, the taqueria that hit TIMES magazine with ugly Thanos and Sonic memes

This entrepreneur thought his business was going bankrupt and called it Desastre Café. Today it is a popular coffee shop in CDMX.