Bernie Ecclestone, the entrepreneur who went from bicycles to Formula 1

Today the man who for years built the empire called Formula 1 turns 91.

By Rocío Reyes Trejo October 28, 2021
This article was translated from our Spanish edition using AI technologies. Errors may exist due to this process. Opinions expressed by Entrepreneur contributors are their own.
You're reading Entrepreneur United States, an international franchise of Entrepreneur Media.

Because of his negotiating skills, Bernie Eccleston will join the International Ski Federation, where association president Johan Eliasch hopes that he will help raise revenue for the sport.

What is the story behind this entrepreneur who managed to become one of the most important organizations in sport and be the highest authority in motorsports?

“It doesn't interest me that they think I'm smart, because they look at me more carefully and it doesn't suit me. I want to buy from people who think they are smart and sell to those who are not as smart as they think they are ”. This is the phrase that sums up Eccleston's way of thinking when it comes to doing business.

His career began in his teens, when he repaired and restored motorcycles. Then he started working at Dartford, where he started racing motorcycles. Soon after, he entered the business of buying and selling cars. In those days, he succeeded in selling cars on Warren Street in London, where Bernie began to learn all the secrets of this business.

He left motorcycle racing to start car racing, making his debut at Silverstone in 1951, where he won the Brands Hatch Junior Championship. Bernie continued racing and in 1957 he bought Connaught Engineering , a team in which a man he represented, Stuart Lewis-Evans , competed. The death of this pilot in 1958 affected the businessman and caused him to retire from racing.

Bernie's return came with the purchase of a part of the F2 Lotus team. Later he would be the representative of his friend Jochen Rindt, who passed away in 1970, another blow for Ecclestone. Two years later, after lengthy negotiations, he acquired the Brabham Formula 1 team. Ron Tauranac, sold the team to Bernie for £ 100. Thus began the rise to the top of his career in world motorsports. 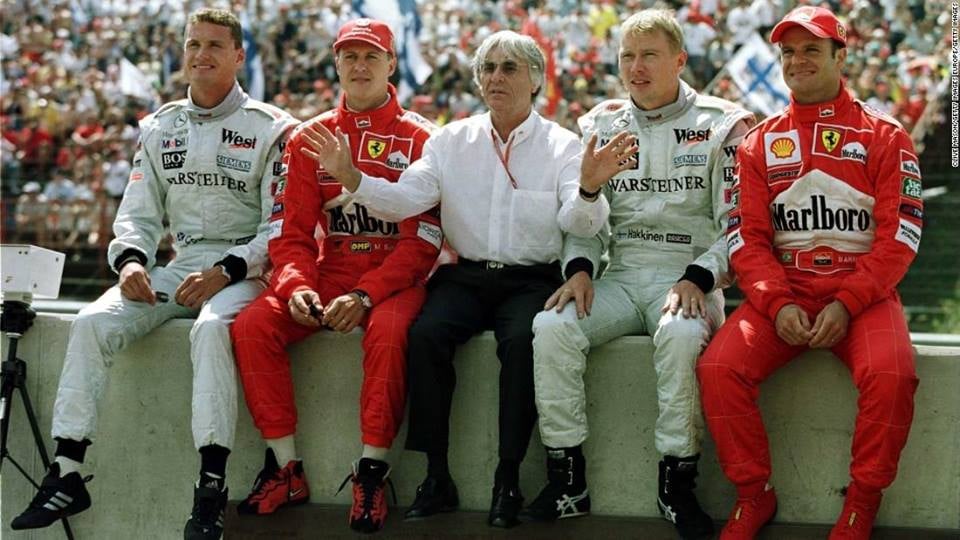 The transformations that took place when he led the Brabham team gave Formula 1 more power in decision-making and more influence with the organizers of the grand prix, which brought greater profits for him and all the teams, as well as the ownership of television rights.

In 1978 she headed the Formula One Builders Association (FOCA) , which would initiate a new stage in the highest category, which led her to realize a radical and revolutionary change in motorsport.

Much is said about how difficult it was to sit down and negotiate with Eccleston, as he always managed to win no matter who he negotiated with. He took advantage of television to keep the rights to the great prizes.

This is how he managed to cement a huge empire, of which he became master and lord and that in 2016 he sold to Liberty Media for more than 8.5 billion dollars.

Talents expected from an early age 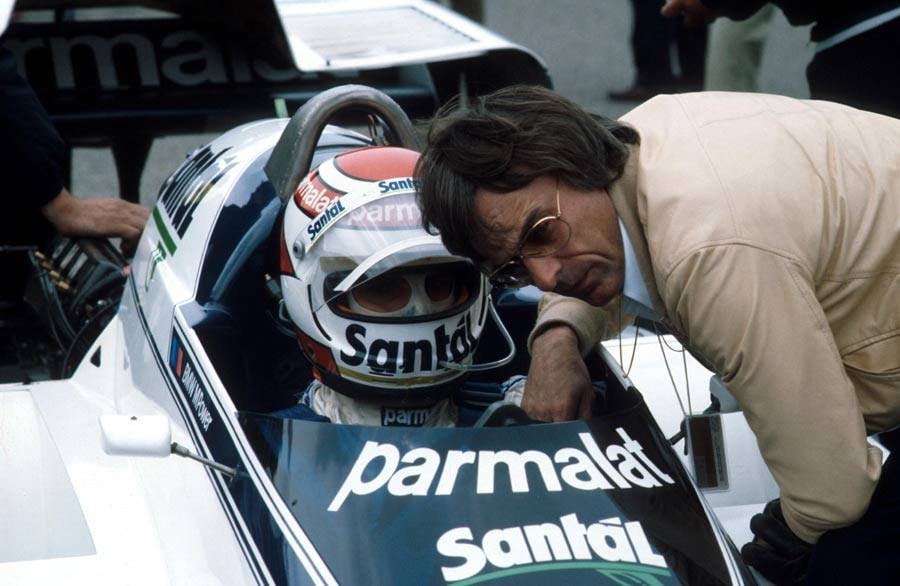 Bernard Charles (Bernie) Ecclestone was born in Saint Peter, Suffolk, England, on October 28, 1930. His early life was marked by hardships due to shortages brought about by wartime.

His empire would start as a childhood game, because to entertain himself, Bernie assembled and disassembled bicycles, motors and old machines. So also his talent for business was seen from his early years: he was an expert in bartering and exchange.

His first job was delivering newspapers before going to school. With what he earned, he bought bread and biscuits in a bakery, which he resold at school. As he was short, some older children teased him. He befriended older boys, who, in exchange for some bread, protected him and his "business."

Ecclestone's enormous ability to do great business and his ambition to make as much profit as possible is well known. In 2011 he was positioned in the Forbes ranking as the 4th richest person in the United Kingdom, with a fortune of 4.2 billion dollars.

In 2010, Bernie was robbed by four individuals who stole jewelry, including a custom Hublot Formula 1 watch, exclusively designed, worth several tens of thousands of pounds.

Bernie took the opportunity to do together with the Swiss manufacturer, an advertising piece in which his face was beaten with the phrase: "Look what some are willing to do for a Hublot."

Tlalpujahua, the Mexican town where Christmas is eternal

Chamaica, the chamoy that conquered the palate of the sharks of Shark Tank México

Western Digital (WDC) Gains As Market Dips: What You Should Know

ServiceNow (NOW) Dips More Than Broader Markets: What You Should Know

Raytheon Technologies (RTX) Stock Moves -0.67%: What You Should Know