Plus, a consumption lounge and separate bar will debut soon.

By Lesley Balla June 14, 2022
Opinions expressed by Entrepreneur contributors are their own.

After years of publicly supporting, smoking, and advocating for marijuana in America, it was only a matter of time before actor Woody Harrelson opened his own dispensary. He even got comedian and talk show host Bill Maher to go along for the ride.

The Woods, now open in West Hollywood aka The Emerald Village, is what happens when the two friends team up with Erba Markets founders Devon Wheeler and Jay Handal, along with designer Thomas Schoos. Situated in the heart of one of the trendiest neighborhoods in L.A. — you'll know the ivy-covered building by the horse statue out front — the space is full of Zen style and California sungrown substance. But it's not just a place to buy cannabis in every shape and form; you'll be able to smoke it here, too.

From the koi pond to the coming-soon consumption lounge and bar, here's everything you need to know.

RELATED: How This California City Plans to Become the 'Amsterdam of the Far West' 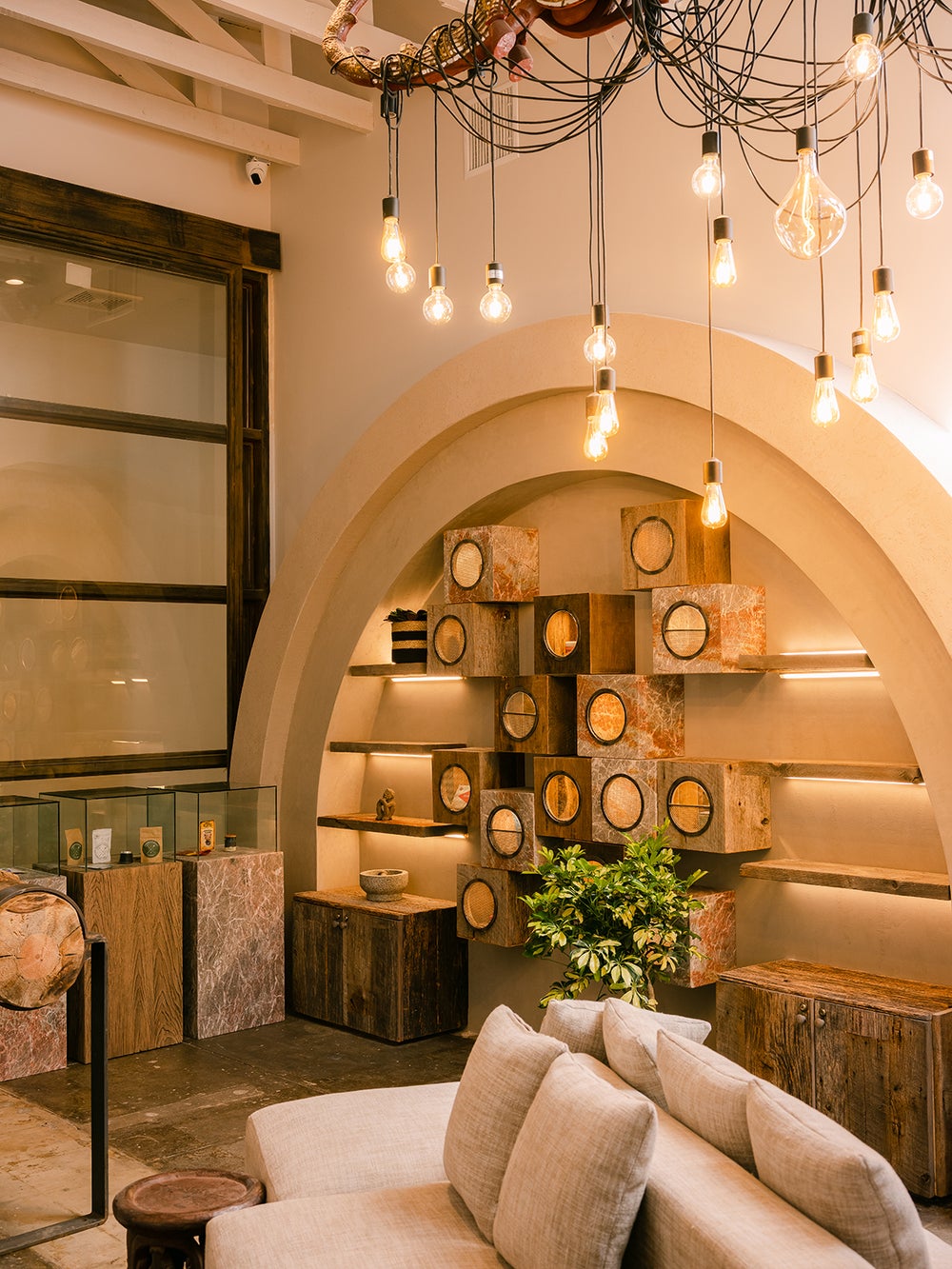 It all started with a simple trip to see a designer about a thing. A few years ago Harrelson and Wheeler stopped by Schoos' then work studio, and it hit the actor: This is the perfect spot to sell weed.

The building, originally built in 1929, had great bones. There are two distinct spaces — the dispensary and what will eventually become a neighborhood bar — cleverly joined together with porthole windows that act as a passageway between the two businesses. Schoos, who designed numerous restaurants around the world, including Norah next door and Tao in New York and Las Vegas, knew exactly how to transform his workspace to fit Harrelson's vision.

Filled with curved lines, recycled wood, brick facades, antique French lanterns, skylights, and tons of greenery, it encapsulates that fluid L.A. vibe. Koi over a decade old swim in a little pond in an open courtyard in the back. It's easy to imagine this is what the actor's home looks like; you almost want to walk through barefoot.

"We do something that is called an experience," Schoos told Spectrum News. "You're not coming here to just buy a product. You're coming here to experience a lifelong story that has come to fruition through some incredible minds. It's not like, 'Hey, I have a celebrity friend that puts some money out.' Woody is the heart and soul who put the movement forward for decades."

RELATED: This Is How Your Cannabis Is Grown 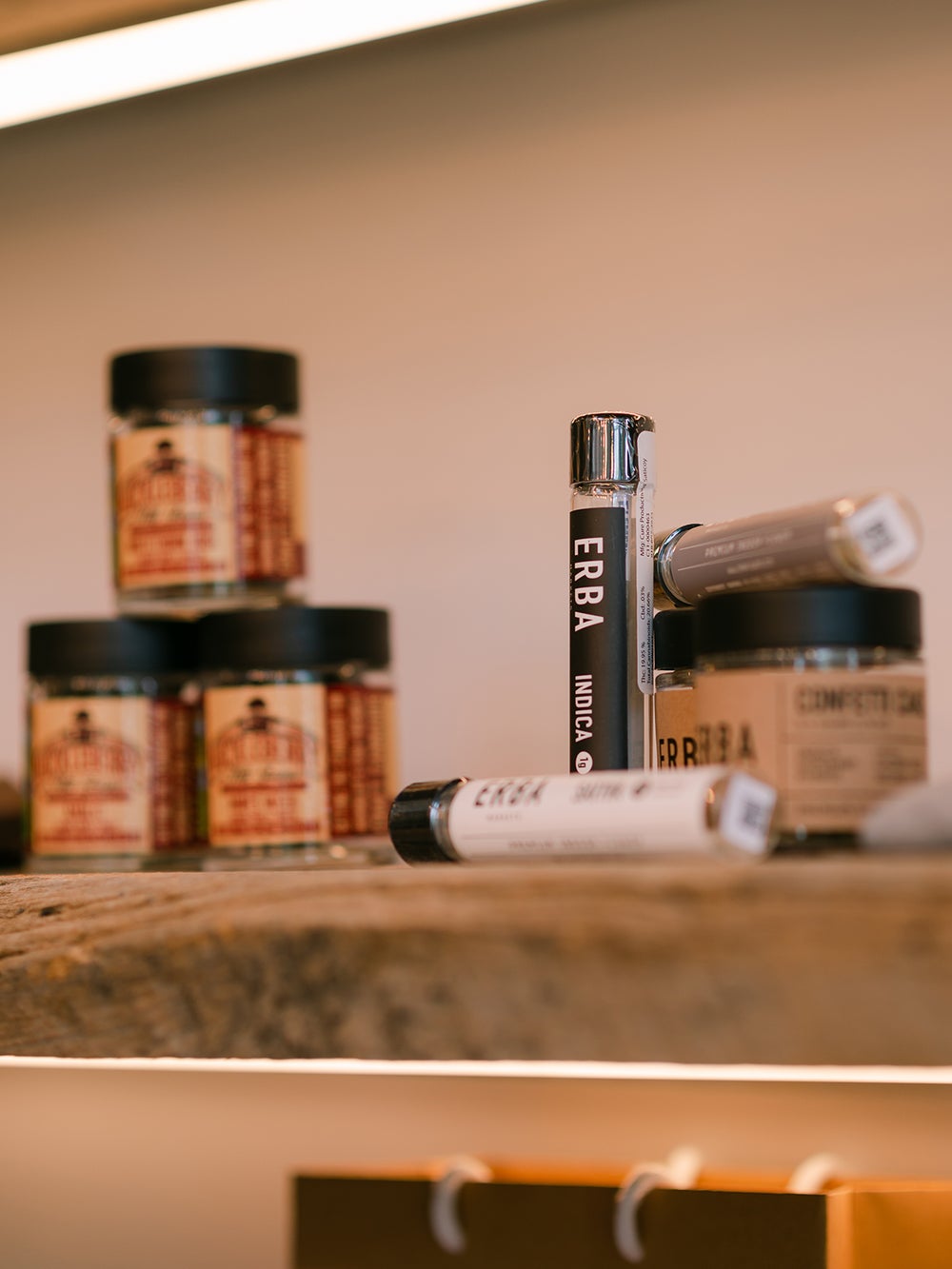 More than 3,000 products from sun-grown weed

Harrelson says he wants to honor the heirloom and legacy cannabis market, and has a preference for sun-grown vs. indoor-grown weed. "We won the war on drugs here in California for this plant," he to said when The Woods opened in May. "Let's bring it outdoors where it belongs. It really wants to be outside or at least in a greenhouse, but let it get real sun. Definitely, the quality is so much better."

"We want the space to be as inviting and inclusive as possible and designed it for customers to feel at home the moment they walk in the door. This isn't a mere dispensary and calling it one falls short of the full scope of what we're all about," says Wheeler. 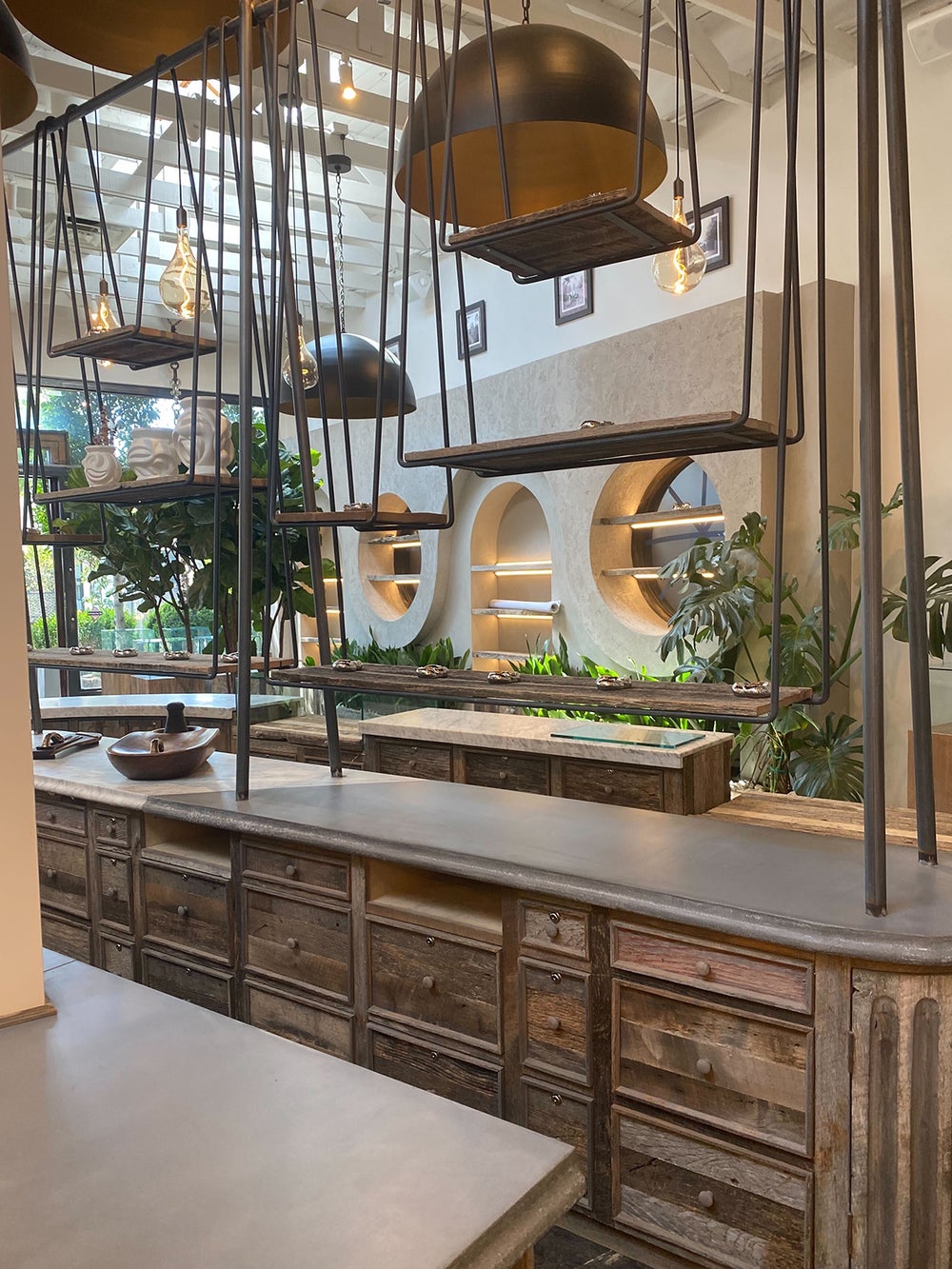 Coming soon: The consumption lounge and so much more

When the consumption lounge opens this summer, it will feature a tonic bar for drinks, juices and smoothies made with and without cannabis infusions. There will be tables and seats both inside and out, cabanas, and food from Norah restaurant next door. Guests can smoke, eat, and drink cannabis purchased from The Woods menu.

But it will be more than just a place to smoke a preroll. Plans are to hold events there, everything from yoga to comedy and movie nights. Wheeler says the bar can be used for private events, live performances, and cultural events. "Comedy nights aren't out of the question as we're right down the street from the Laugh Factory, so hopefully we can bring some of that talent to The Woods," he adds.

"We're in the heart of West Hollywood, so we want to offer a space for everyone in the community," says Schoos.