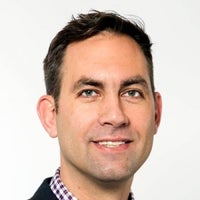 Arie Barendrecht is the Co-Founder of WiredScore and Director of the Wired Certification program, the first certification platform for Internet Connectivity in office buildings. Wired Certification launched in September 2013 as “WiredNYC” in partnership with the New York City Economic Development Corporation and former Mayor Bloomberg. The objective of the platform is to promote transparency around the connectivity of office buildings, which involves helping tenants & brokers locate tech-friendly office space and landlords to better understand, benchmark, and market the telecommunications capabilities of their buildings. Prior to founding WiredScore, Arie spent the last few years as a consultant with the Boston Consulting Group in New York City focused on tech & media and as a student pursuing an MBA at the Wharton School, where he graduated in 2010.