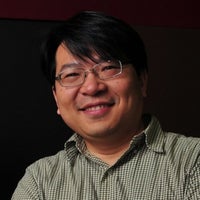 Daniel completed his neurosurgery and biomedical engineering training in NTU, National Taiwan University, in 2006, and has applied the endoscopic surgery in hemorrhagic stroke, and brain tumor. From 2010-2012 he served as a visiting assistant professor of neurosurgery at Stanford University, where he has applied the principles of design thinking in several interdisciplinary projects, such as Biodesign, Robotic Brain Keyhole Surgery, and the cyber knife. During his time at Stanford he wrote a chapter at Stanford’s Cyber Knife book and co-authored a study that was the first to directly implicate the cerebellum in the creative process. Daniel is the Chief Medical Officer at CompactCath and CEO at MOCACARE.