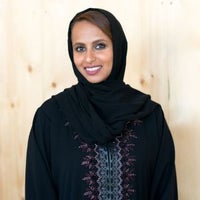 Kawthar Bin Sulayem is an expert strategic advisor and serial entrepreneur. In addition to her role as founder and CEO of KBS Communications, she is also an Ambassador and Co-Founder of Mestaria, Strategist at Nine17 Sport and Founder of Fashion Fever UAE.

With more than 15 years of experience in the PR and media industry, Kawthar has worked extensively between government and the private sector in the UAE and abroad. Her strategic mindset and business instincts have lead her to become one of the UAE’s most sought after advisors for organisations across diverse industries.

Kawthar gained extensive experience during her time in the media industry, taking on significant roles from a young age. She began her endeavours in The Executive Office of the UAE Vice President, H.H. Sheikh Mohammed Bin Rashid Al Maktoum, where she assumed responsibilities for media, marketing, crisis communications and reputation management. Kawthar continued her exponential career growth by undertaking the monumental task of rebranding the Government of Dubai; this comprised of launching numerous government entities and projects, including Dubai SME, Emirates Nationals Development Program and the Knowledge and Human Development Authority.

Kawthar was later seconded by the Government of Abu Dhabi to facilitate media operations and communications at Yas Marina Circuit. Acting as Regional Media Manager, Kawthar was appointed as National Press Officer for the inaugural Formula 1 Abu Dhabi Grand Prix, working in cohesion with Formula One Management and the Federation Internationale de l'Automobile while managing more than 600 media representatives present at the largest sporting event in the history of the UAE. Kawthar was instrumental in overseeing media operations during the Grand Prix, where she contributed to the official communications narrative of Abu Dhabi and the UAE; aiding in the development and circulation of the UAE’s key messages both regionally and internationally.

After gaining a wealth of experience, Kawthar established her own successful business ventures, starting with: KBS Communications, a strategic communications advisory agency with an exceedingly diverse client portfolio ranging from government entities, Fortune 500 companies, community organisations, and international luxury and lifestyle brands; Mestaria, a company dedicated to enhancing the art industry in the Middle East through art education programs, events and comprehensive artist representation; Nine17 Sport, a sports marketing and communications consultancy focused on motorsport and the Formula 1 World Championship; and Fashion Fever, a first-of-its-kind fashion show concept in the UAE.

Proving herself as an astute serial entrepreneur, a strategic advisor to members of the royal family in the GCC, and with a deep understanding of international and regional markets, Kawthar has been in frequent demand to consult as an advisor. This has lead to her sharing her strategic expertise to both senior executives of private industry organisations for high level business strategy, and to developing SMEs alike.

After moving on from her role in The Executive Office of the UAE Vice President, Kawthar received a personal mandate from H.H. Sheikh Mohammad Bin Rashid Al Maktoum to continue to serve her country through her profile and professional undertakings. Kawthar remains dedicated to this mandate, striving to help develop innovative, hard-working, ethical companies, regardless of their size; which leaves her constantly searching for new opportunities to bring the best to the UAE.