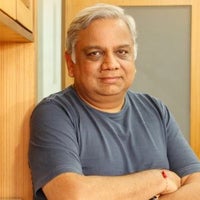 Sanjay Mehta is amongst India's earliest internet entrepreneurs. In 1997, he co-founded Homeindia.com, an e-commerce venture that sold ethnic Indian products to customers across the globe. After ten years of bootstrapping, Sanjay divested out of the venture in 2007. Not able to curb the entrepreneurial instinct, Sanjay began his second and most successful venture in 2009, Social Wavelength, now known as Mirum, which is one of the leading digital agencies in India.

Apart from being part of India's Digital Power 100 and a speaker at various industry events in India and abroad, Sanjay is also a published writer, having co-authored the book "If I Had To Do It Again - An Internet Entrepreneurs' Wisdom in Hindsight", which chronicles the highs and lows of his entrepreneurial journey during Homeindia.com days.