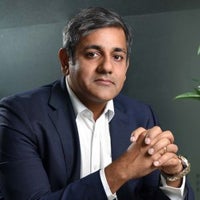 Siddhartha Gupta is the Chief Executive Officer (CEO) at Mercer | Mettl. Having held key leadership positions at some of the most prestigious global IT companies such as HP and SAP, he has been instrumental in building several businesses/verticals from scratch within these organisations.

As the CEO, Siddhartha heads all key departments across Mercer | Mettl's global and domestic operations, and oversee its ongoing expansion in India and various international geographies. Siddhartha holds a dual Post Graduate Diploma in Business Management and Marketing Management from Xavier Institute of Management and The Times School of Marketing respectively. Early in his career, he served as Executive Assistant to the Managing Director at Compaq Computers and later, as Account Manager at Hewlett Packard after the latter's acquisition of Compaq.