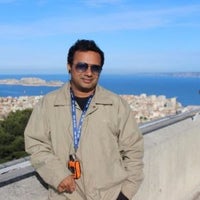 Author and Co founder of Insilico

The Bangalore-based Sudipto Das shot to literary fame with his debut novel, The Ekkos Clan, a historical,
research-based mystery that released in 2013. Following the success of his first book, Das has launched his second novel The Aryabhata Clan in December 2017. An alumnus of IIT Kharagpur, Das’ life experiences are manifold: his family left Bangladesh during the horrific riots and he heard many of the strife-torn stories during his growing up years in Calcutta, which had a profound influence on his first book. A veteran in the semi-conductor industry and a successful entrepreneur, Das always had a natural inclination towards the creative arts: an accomplished violinist, he founded the music band Kohal in 2007. However, his first love was always writing, which gave him creative satisfaction like no other art form could.