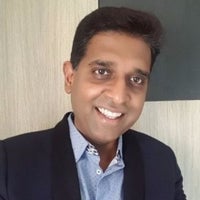 Suresh Rangarajan K (SRK) has been a passionate & intense start-up professional. A Chartered Accountant by profession he is an Alumni of the Yale School of Management. One of the early adopters of the internet world, he was part of the founding team of Citi-Times JV TimesOfMoney.com. Under his enterprising leadership, remit2india.com went on to become the world’s #1 online money transfer portal & one of the most successful internet businesses in India. SRK then founded an innovative real estate enterprise called Artha. The highlights of his stint at Artha include the path breaking Startup City & Knowledge Park – Emprasa. Suresh founded CoLife in 2016 – a company that offers shared living & workspaces for Indian Millennials. Headquartered in Bangalore, it currently operates across 12 different locations. The company was conceptualised on the bedrock of community engagement, as an effort towards building a networking forum for Millennials to cooperate, collaborate and communicate seamlessly. He was conferred the prestigious Udyog Rattan award and WCRC. Ernst & Young also awarded him the “Trend Setter in Real Estate”. Suresh continues to hold board positions in Artha and Brand Accelerator (a startup marketplace) and advisory roles with more than half a dozen startups including Vear, Ubinga, TherPup.