Arcview Group's Steve DeAngelo and Troy Dayton on what it takes to join the 'golden age for cannabis investment.'

Since its legalization in January of 2014, marijuana sales in Colorado alone have topped six billion dollars, a number that continues to balloon as the months go by. Naturally, these types of statistics attract the attention of trend-chasing investors looking for the next big thing. However, while the booming industry may feel very much like a get-rich-quick scheme to many, expertise surrounding the substance is important, especially as prohibition continues to be an issue in some parts of the country. That’s where The Arcview Group, led Steve DeAngelo and Troy Dayton, comes in.

An investment network looking to take the cannabis industry to the next level, The Arcview Group is dedicated to their craft, with $240 million invested across 200 ventures by their members. In this exclusive interview, Arcview Group President Steve DeAngelo and CEO Troy Dayton reveal essential information for entering the space, what investment will look like in the near future, and the vitality of advocacy in business. 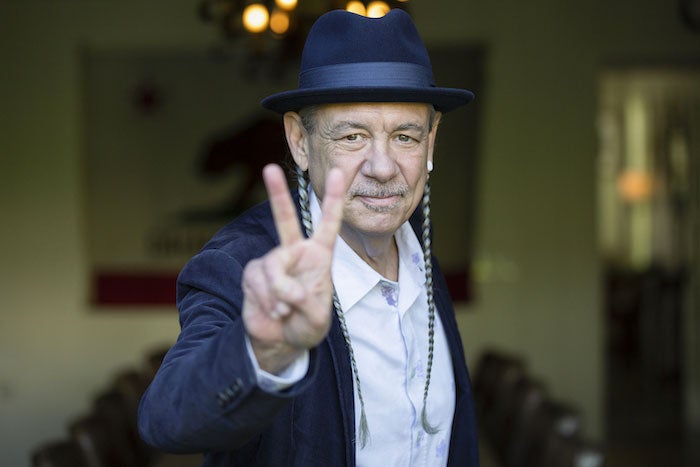 Cannabis & Tech Today: You started The Arcview Group before any state had legalized recreational. Tell us about that.

Steve DeAngelo: "That is correct. At the time we started The Arcview Group, there was only one state in the country that allowed licensed commercial cannabis sales and that was the state of California. And they were not regulated at the state level. They were regulated at the local level.

"But what happened is we saw that Obama got elected and we knew that we had a window. We had a window to make some change. But we knew that window wasn’t going to last forever – four years, eight years. We were students of American history. We understood that after Obama, quite likely things would get uglier, not better. So we needed to move, to reform so far down the road that nobody would be able to push it back. We figured that the best way to do that was to harness the engine of free enterprise and social justice, and it worked beautifully." 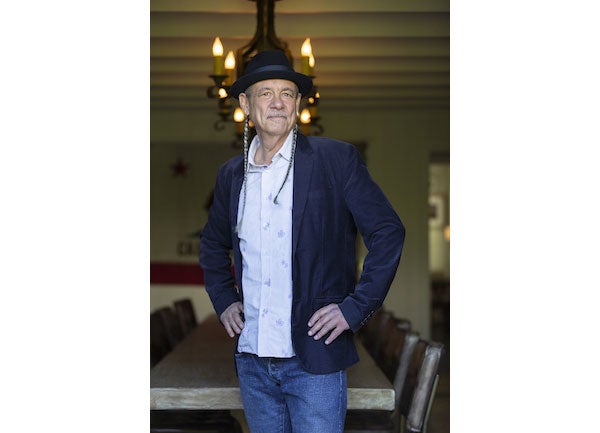 Cannabis & Tech Today: Do you see the growth of cannabis as a sort of “gold rush?” What should outside investors know before getting in the game?

Steve DeAngelo: "It is the golden age for cannabis investment, not a gold rush. The reason that it’s a golden age right now, especially for small investors, is that until the federal government of the United States digs its head from out of the sand from which it is so deeply buried, the largest and most powerful institutional investors are going to be locked out of cannabis investing. That’s going to leave the playing field open for smaller and more medium-sized investors. So now is really the time when the perceived risk by the large institutional investors is a lot, and the risk for small-medium investors is fairly low. It’s the golden age. There is never going to be a time where you will see the kinds of returns that people are seeing today."

Cannabis & Tech Today: Where would people get information about getting in the game?

Steve DeAngelo: "The Arcview Group is the very best place to go if you want to learn about cannabis investing. Cannabis investing is as demanding and challenging as any other private investing, but multiplied because there’s not a lot of information. There’s a great deal of dis-information. It’s critically important that you know the territory before you put the money in.

"This is the largest group, and the longest running group, of the most sophisticated cannabis investors that you’ll find anywhere, that have been here longer than anybody else, and they have all been helping each other. The track record is kind of obvious – you look at Ease, you look at MedMen, you look at leaders of the industry, and almost all of them started and got their seed money at Arcview.

"The investors at The Arcview Group understand that there is power in numbers and that we are smarter together than we are alone. And that’s just very unique in the cannabis ecosystem and investment ecosystem."

Cannabis & Tech Today: What should people look for from an investment standpoint, maybe four, five years down the road? What are some of the things you see that could be surprising to some people?

"So my advice to investors is start with that part of the world of cannabis with which you are most familiar. Start from your strongest platform and begin to see how the knowledge you already have fits into cannabis. Two, reach out to other investors who are looking at different segments and then diversify your investments on the basis of those networks." 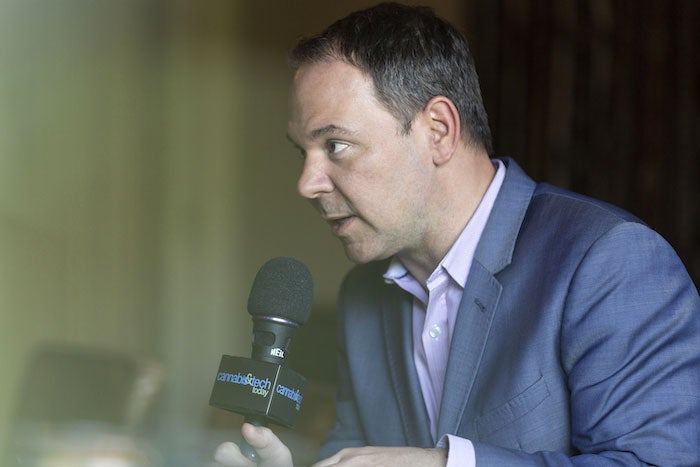 Cannabis & Tech Today: What gave you the idea of starting The Arcview Group and investing in cannabis?

Troy Dayton: "Well, in 2009, I was the lead fundraiser for the Marijuana Policy Project. So, I was raising money from high net worth individuals and from companies in the cannabis sector – that was very tiny at the time – who were donating to change the laws. In many cases, simply because they cared about changing the world, not because there was any profit in it. What I realized was that, while we were trying to change the world, we were inadvertently creating the next big business boom … I was meeting all of these high net worth people that wanted to invest and then I knew all these companies that wanted to raise capital had good ideas, but they didn’t know how to find investors, they didn’t know how to really grow their companies. I didn’t know how to do any of that stuff either, but I knew all the people. Why don’t I put something together that could bring all those people together?

"In late 2009, I had a conversation with Steve DeAngelo from Harborside. He had the same problem from the other side. Once I shared the idea with him, we went into business. He became our first investor and we launched Arcview in February of 2010."

Cannabis & Tech Today: You guys were way ahead of the curve.

Troy Dayton: "A little too early. I spent six months living in a car at one point. This was very early. We had this grand plan to be a fund and a grand plan to be an incubator. All these things at that time and nobody wanted to put money into that, but what we were able to do was start the investor network, and that really started to catch on. Eventually, we wound up on the front page of Fortune magazine in April of 2013. And then everything changed."

Cannabis & Tech Today: In the past, you spoke about how when the ideals of business and the ideals of cannabis come together, it’s a perfect union. What did you mean by that?

Troy Dayton: "When I think about the best ideals of business, I think about making promises, keeping promises. I think about scaling and making sure that you have the resources to get things done, and management practices and all of these kinds of things.

RELATED: There Is a Lot to Learn Before Investing in Cannabis 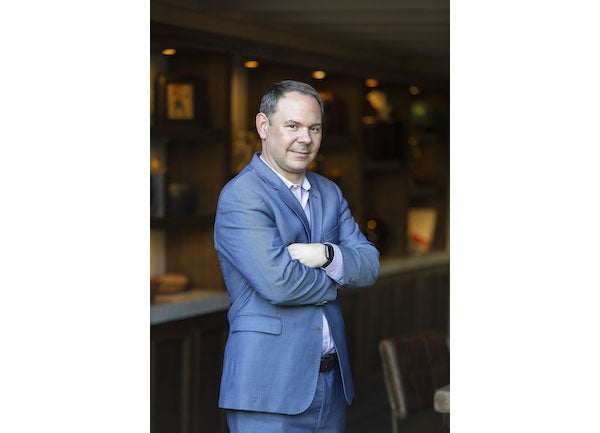 Cannabis & Tech Today: So, you believe that it’s important to incorporate an element of advocacy into the business?

Troy Dayton: "Absolutely. I’m offended, frankly, by the businesses that don’t have that involved in them because the only reason we’re here is because so many people took so many arrows, so many people donated money, and got nothing to benefit in return. The only reason we have the opportunity to be in this marketplace is because of those pioneers. The only way we’re going to have a fair and just world going forward is for the businesses that are getting started out of this to be supporting. And not just with their words, but with their dollars and with their marketing to their employees, and to their customers about ending cannabis prohibition worldwide.

"Look, we live in a world where 95 percent of people live in a place where they have to fear their government every day when they get up for this. We have a long way to go. As long as there’s any adult sitting in prison for this plant anywhere in the world, and you’re in the cannabis sector, then you’re not just part of an industry, you are also part of a movement. If you don’t have a sense of emotional pull and a sense of duty to help end that, then I don’t think you should be in this industry."

Cannabis & Tech Today: What advice would you have for the casual observer who wants to get into cannabis investment?

Troy Dayton: "Well, look, if you’re a high net worth, accredited investor, meaning that you have a net worth of a million dollars or more, and you’re looking to place over $100,000 in the cannabis sector, joining Arcview would be a great place to start because that’s where you can connect with other investors who’ve been doing this. Getting access to curated deal flow and market information can make a big difference. I would really encourage anybody that’s looking to invest, don’t go at it alone.

"Those are some things I would encourage people to do, but I think that when you’re looking to buy a house, you don’t buy the first or the second house that you look at. You want to start looking at houses long before you’re ready to buy so that by the time you’re ready to buy, you’ve got a really good sense of the market. The same thing is true with looking at cannabis companies. If you’ve only seen two decks because, “Oh, my buddy’s brother owns a dispensary down the way and they’re raising capital.” Anybody who is interested in investing in this space has probably come across a deck or two, right?

"Don’t spend any money you can’t lose, because if you don’t have a real sense of the context, it’s not going to work out so well. So, you want to look at 20, 30, 40 deals before you pick one to work with, and the only way to do that is to get involved with some kind of group where you can look at those deals, talk to the people who have looked at them and passed on them or looked at them and went in on them, and understand all of those nuances to investing. I think that’s super, super important."