Kansas Is One Step Closer To Cannabis Reform

By Samer Awada
May 6, 2021
This story originally appeared on MarijuanaStocks

Kansas Is Aiming To Legalize Marijuana

Earlier this week a Kansas House committee has passed a bill that would legalize medicinal cannabis. Those who are a part of the House Federal and State Affairs Committee have approved various amendments. This took place before the Committee passed the legislation in a 12-8 victory in favor of the bill. This would make the second time that the state’s House has approved a cannabis reform bill this session.
After passing in March, it was sent to the House floor but was then rereferred back to the committee for further consideration.

“If we should at some point in time run this on the floor, there will be a number of amendments,” Chairman John Barker (R) said at the opening of the meeting. “Some will get attached, some will not.”

Cannabis supporters are confident that this legislation can pass through the full House and Senate. Which is set to take place in the near future during the legislative veto session. Back on Tuesday Rep. Blake Carpenter filed a wide-ranging revision to the bill that was approved in a voice vote. It would let counties forbid marijuana dispensaries in their jurisdiction. As well as protect the gun rights of patients. It would also define limitations on promoting, remove housing and employment protections for patients. Furthermore, you would need at least a six-month relationship between a patient and physician, before medical marijuana can be recommended.

When cannabis finally becomes federally legalized, the amendment calls for references in the bill to “recommendation” be changed to “prescription.” It would also change the state’s drug schedule to follow with any new federal classification. Also, it would make revisions to the cannabis advisory board, mandate that marijuana is grown in a safe indoor location. As well as disclosing any foreign financial interest in a cannabis business.

One confirmed revision came from the state treasurer. It would stop the requirement that a payment processing system be “closed-loop.” The Kansas Department of Revenue Alcoholic Beverage Control had a revision measure passed. This amendment would add definitions for cannabinoids, medical marijuana products, and other words. This would happen rather than having them defined by regulators later down the road. It also corrects a mistake in the time frame for residency requirements by consistently setting them at four years and moves. The Health and Environment Committee proposed a revision that also got the green light. It would push the deadline to adopt regulations and launch an educational website by a year to July 1, 2023. 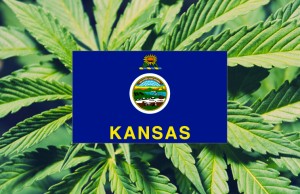 The chairman also pushed forward a change that was approved in a voice vote. The amendment is essentially in nature, combining “superfluous” sections and defining the purpose on conditions for licensees. Members denied a suggested revision that would have needed cannabis shops to be operated by pharmacies. If this happened pharmacists would have to file with the Board of Pharmacy if they work with medical cannabis. As well they would need to add a section requiring the board to approve regulations to allow pharmacies to manage dispensaries.

This piece of legislation would create a medical marijuana program for qualified users. As outlined, there are 21 conditions that would allow a person access to the program. Including chronic pain, HIV, and post-traumatic stress disorder. However, this was changed back in March to further add to that list. Smoking and vaping products would be banned and it would also not allow for cultivating cannabis at home.

A strong effort to push a different bill from Gov. Laura Kelly has also been in the works. Her proposal would legalize medical cannabis and use the resulting revenue to support Medicaid expansion. This involves Rep. Brandon Woodard filing the proposal on the governor’s behalf. As Gov. Kelly put it she wants voters to put pressure on their legislators to get cannabis reform passed in Kansas. Now with 2 possible bills to be enacted, it would add Kansas to the list of already legal states. Some cannabis supporters see them as limiting, particularly as it disturbs the confined ways of using marijuana that would be allowed. 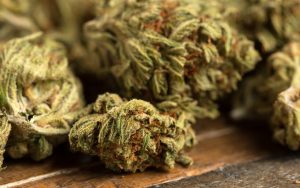 As well an additional medical cannabis proposal was submitted by the Senate Commerce Commerce 2 months ago. However, the bill has not seen any progress past being transferred to another panel. The bill’s language mainly mirrors laws that were introduced in the House back in 2020. Medical cannabis users could qualify to become legal patients as long as they had a doctor’s recommendation. Those who are currently registered patients would be permitted to cultivate up to a quatre pound of cannabis. This same amount could also be held in possession of each patient. The bill would also organize a Kansas Medical Cannabis Agency to manage the state’s cannabis program.