Accurate Dosing Is Key to Growing the Legal Marijuana Industry

Surging demand for both recreational and medical marijuana is driven by millions of new users who are curious but want no surprises.

By Tim Moore
September 5, 2018
Opinions expressed by Entrepreneur contributors are their own.

As cannabis moves from a black market product to one that is sold in a legal marketplace in Canada and an increasingly number of U.S. states, it is becoming ever more important to find ways to destigmatize the product for both medical and recreational use.

And for those consuming the product -- for everything from seizures and severe pain relief to mindfulness, social lubrication and relaxation -- confidence they will not be disappointed or dismayed by their dose is imperative. That means knowing with precision how much of cannabis’ primary active ingredients they are consuming so they can judge whether it is having the desired effect and adjust accordingly.

I learned about this glaring need from my son, Ryan. Four years ago he was turning onto his street late one night when a drunk driver slammed his car into the back of his vehicle and then fled on foot.

Ryan suffered neck and spinal injuries. He still gets headaches, tingling and burning sensations in his hands and feet, loses control of his leg and falls, and struggles to sleep. He gets traumatic flashbacks and has been diagnosed with post-traumatic stress disorder, depression and anxiety.

Related: Now that Epidiolex Is FDA Approved, What Does That Means for the CBD Business?

For two years after the collision Ryan was prescribed a string of pharmaceutical painkillers including Tramadol, Percocet, Oxycodone, and Buprenorphine. He struggled to stave off an opioid dependency. Finally a doctor identified him as being at high risk of addiction and referred him for a medical cannabis prescription.

Ryan was taking eight pills a day when he was initially prescribed CBD oil for muscle spasms. He later began vaporising dried leaf for pain management and mood improvement. Now he takes just one antidepressant, and at a reduced dose. 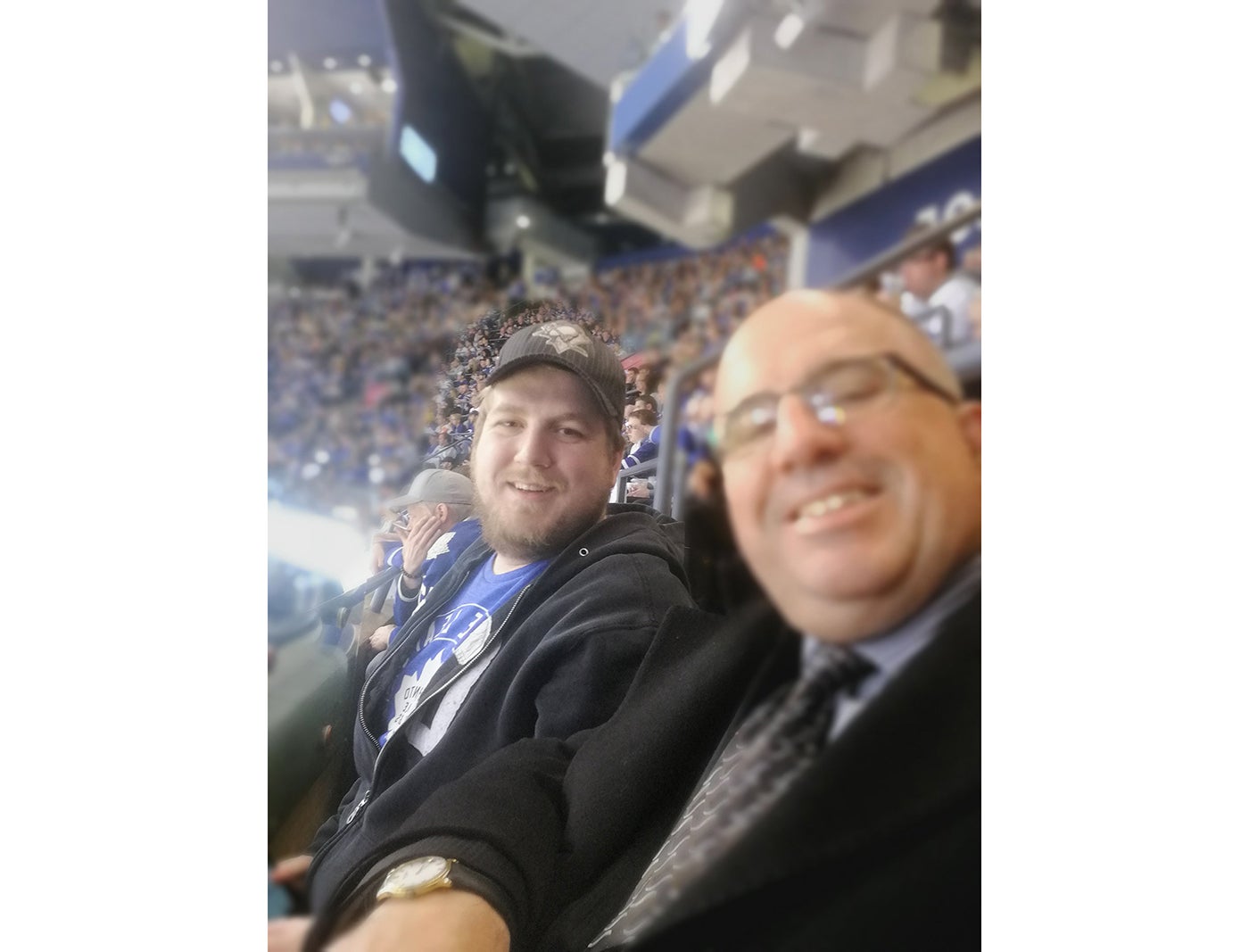 The author with his son, Ryan, at a Toronto Maple Leafs game.

Early on, I asked Ryan how he knows how much cannabis to take each day, or how to spread his prescription out over the course of the day and month to effectively alleviate the myriad symptoms he is dealing with and not run short before he can get a refill. He told me he takes it until he feels better. That it is a hit and miss process with is no easy or convenient way to measure what he is taking. He figured out what was right for him via extensive trial and error.

There must be a better way. When you have a headache you know how many tablets you need to take -- one is unlikely to be enough, three is overkill, so you take two. It needs to be the same with cannabis. Getting it right could help solve the opioid crisis.

Doctors are often reluctant to prescribe cannabis. They don’t want to encourage smoking, they can’t ensure a precise dose is administered and they don’t have a deep well of clinical trials to draw on for evidence of efficacy. Accurately measuring cannabis consumption is the first step towards fixing these challenges and making medical cannabis more accessible.

For recreational consumers it’s also about control. People can have widely varying responses to cannabis products, particularly edibles, based both on their own physiology and the variation between one portion and the next. Consumers want to understand how much they need to take to get the experience they seek.

I drink beer, and I have a good idea of how much I can drink to get the experience I expect. This is not always the case with cannabis, but it can and should be. Millions of people with little to no experience of the illicit product are likely to try cannabis in the coming years. One of the most important aspects of this new era to consider is how to determine what amount of cannabis, in what form and formulation, is right for each individual.

Think of the treadmill runner or yoga instructor looking to replace electrolytes, reduce inflammation and promote muscle recovery, or the executive in need of mental clarity and energy to finish a corporate presentation. Cannabis products that are compatible with their lifestyle can benefit people who have no interest in smoking.

Cannabis is no longer going to be hidden away, but it can still be subtle. And you deserve to know exactly what you’re getting.