How Is the Great Resignation Affecting the Cannabis Business?

Around the country, people are leaving their jobs in droves. Two cannabis executives talk candidly about what this means for the industry.

Millions of Americans are quitting their jobs. What is known as The Great Resignation peaked in April and has remained steady throughout the year, with a record-breaking 10.9 million open jobs at the end of July.

The mass exodus has left many employers shaken, particularly in the hospitality industry, as Americans leave their jobs for reasons ranging from looking for better pay to quitting a position they hated before the pandemic. Many also want more flexibility.

So how is the cannabis industry faring amidst the massive resignation? Turns out pretty darn well. According to the 2021 Leafly Jobs Report, there are 321,000 full-time jobs in legal cannabis as of January 2021. The Washington Post points out that "the United States now has more legal cannabis workers than dentists, paramedics, or electrical engineers."

Why are people flocking to greener pastures, and what can you do to make sure you don't miss out on the Green Rush?

We spoke to two top executives at Vangst, a cannabis recruiting company, to get the inside deal. Here's our interview with Vangst CEO Karson Humiston and Kelsea Appelbaum, Head of Community Partnerships.

Related: These Are the Top 5 Most In-Demand Cannabis Jobs for 2021

Karson: We help companies hire from their entry-level trimmers to their leadership team. We’re in our fifth year in business. We’ve filled over $100 million worth of salaries in the space, over 150,000 cannabis gigs, and we work with 1,200 of the leading cannabis businesses around the U.S. 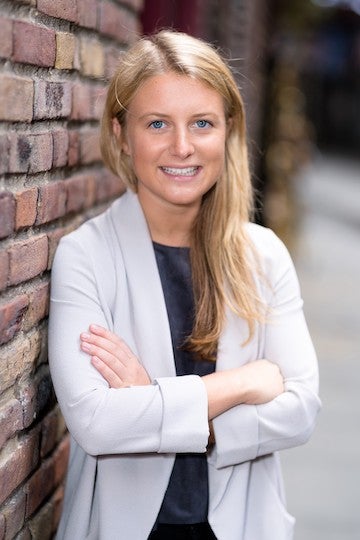 How is the Great Resignation affecting the cannabis industry from your perspective?

Karson: For cannabis, it’s been a positive. Going into COVID, in a lot of places, cannabis was considered not legit, federally illegal. People didn’t consider it a true career option. Coming out of the pandemic, cannabis has been deemed essential. Cannabis sales have soared. Additional states have legalized. It’s really clear it’s not a question of if, but when every single person who lives in the United States will have access to cannabis.

This industry is here to stay and folks who were maybe sitting on the sidelines, thinking, “Is this too risky of a move to take a career in this space?” – those fears somewhat went away.

Number two is that we have the chance in this industry to build businesses the right way from Day 1, meaning to start out with diversity and inclusion top of mind, start out with top-tiered pay for employees, start out with great benefits. This industry is very forward-thinking for obvious reasons, and that’s no different across the employee side.

A lot of people are fed up with working in their old-school industry that doesn’t treat employees well, that has no diversity and inclusion, that offers terrible benefits, and has been the same for hundreds of years. Employees have more leverage today than they ever have, so employees are saying, “I want to work in a fast-paced, brand new industry where I’m going to be treated well.”

Kelsea:  I think it’s adding to the diversification of cannabis, too. Years ago, it was a very one-dimensional industry because there was only a certain type of person that could work in cannabis, where now this move to see us as an essential business, see us as almost a recession-proof business, cannabis was able to steadily grow and then all of a sudden come out on the other end successful.

The people that are attracted to those companies are different now. The people that used to have these stigmas against cannabis or think that it was a risky move, now they’re looking at it and saying, “This actually could be something that really sets me up for success. It’s not just a job, it can be a career. It can be something I actually dedicate my life to, even from an advocacy standpoint.” 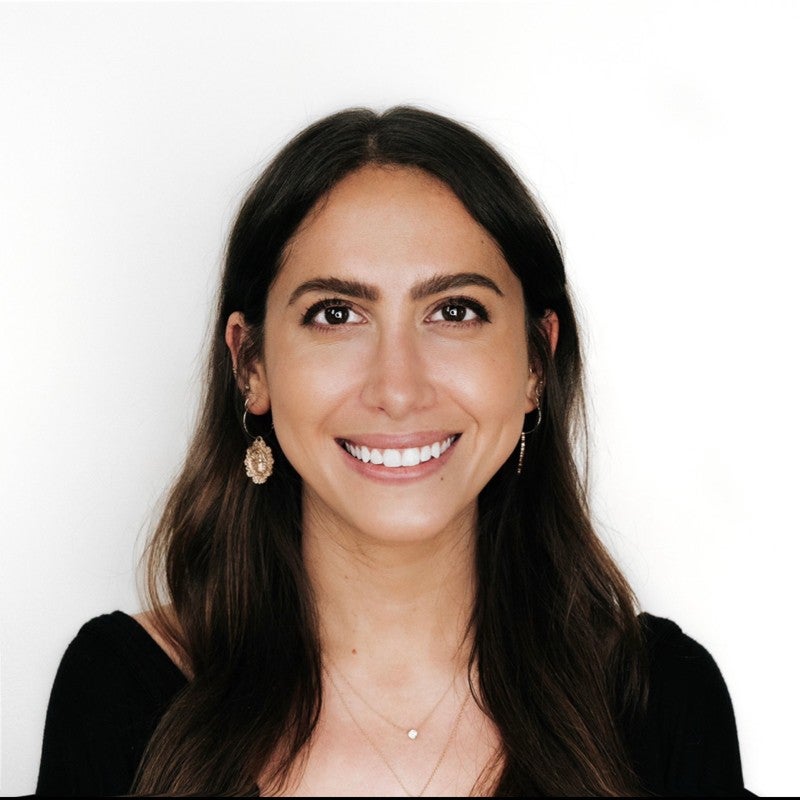 What are the jobs that people are looking for right now?

Karson: Everyone always asks me, “I want to get a job in cannabis! What kind of jobs exist?” Go walk around the tradeshow floor and you’re going to see accountants, lawyers, compliance, sales, marketing, human resources, tech. There’s going to be a million brand new jobs created in this industry. One million brand new jobs. The average pay of an industry employee is $50,000 when you average them all together. With a million employees, that’s $50 billion per year in salaries paid. $50 billion in salaries paid.

So whatever you’re doing right now, whether you’re in HR – the industry needs HR. Companies are growing. One of our biggest customers, Green Thumb Industries, added 1,000 employees last year. You know how big their HR team is? This industry is ripe for great HR professionals. And I could give you that same story with every other category. Sales, finance, tech.

So it's not too late to get into cannabis?

Karson: The Green Rush is not dead. It’s very much just starting. When I hear people be like, “Oh, I missed the wave,” I’m like, what are you talking about, you missed the wave? This industry is going to become a $100 billion industry in the coming years. We’re just getting started.

Some entrepreneurs might be reading this and thinking, “But I’m an entrepreneur. I don’t want to work for a company." What’s your take?

There’s no right or wrong way to be an entrepreneur. I’m an entrepreneur. There’s lots of different ways. This industry is ripe for intrapreneurs, where you find an opportunity within a business. I’ll give you an example. We’re launching training and education, and our Head of Education – I tell her, “You’re an intrapreneur here. You’re launching a business within a business.” If you’re working at a startup, first off, you have equity, so you’re an owner. And it’s very entrepreneurial. If you don’t actually want to take on being the one that starts the business and owns all the business, working for a startup in cannabis is a very close thing to being an actual entrepreneur, and I think it’s great training.

Kelsea: The two best ways to get in the industry are: 1) network. Network the hell out of yourself. Be present, show up, ask questions, talk to people, say hello. Just be present. 2) If you can advocate as well, it’s a huge benefit for you, not just in terms of understanding what our business is built off of and what we need to do to make it better, not just from a financial standpoint that a lot of the press talks about, but actually the root causes of the injustices of our industry. So being involved with an advocacy group, you can understand the roots of this industry, and then you can scale in an effective way and meet the people that you need to.

What you don’t realize is a lot of times at these advocacy meetups, any of these events that are going on, the CEOs of the biggest companies are sitting there because they want to support that cause. It’s a good way to get noticed.

Should they also visit the Vangst website and look for jobs?

Karson: Go to Vangst.com, make a profile, check out the jobs and all the companies we have there, get involved in our community on the platform, look at all the events that we host, look at the trainings we’re going to be launching. But outside of what we can do, put yourself out there. Go figure out where the local cannabis meetup in your town is and go.

Rosie Mattio of Mattio PR set this meeting up for us. She runs one of the largest PR companies in cannabis. But she started off on her own. She sponsored a cannabis meetup in Seattle with a little bit of her own money on the line, not that much, to be the sponsor. Sponsored it, found her first client, the rest was history. They have a team of 60 people now and they’re absolutely killing it. Put yourself out there and get started. People have a million ideas, and people talk and talk and talk. Talking is just talking. Go do something.

Any tips on making your resume float to the top?

Kelsea: To get noticed, honestly just show up. I really think the funniest thing about cannabis is the jobs have one of two main buckets. Either there’s a lot of people that can fit that type of role and what you’re looking for and you just need to find the one, which means you’re finding one person out of a million, and then you’re also having the other end of the spectrum, where what you’re looking for is so niche that there are only three people in the world that can do it. We work on both, so we get to see the perspectives of both.

What you have in common for both is you need to get noticed. You just need to understand that you don’t know what end of the spectrum you’re going to lie on, so you might as well prepare for the fact that you’re going to have to go against millions of other applicants at any given time in the future of our industry. Obviously not today, but at some point. And the best way to do that is to actually show up. Talk to people. Network.

I met Karson’s dad at a Vangst career fair in like 2016. I had no idea what Vangst was, had no idea it was even a cannabis career fair. I just walked in because it said cannabis and met her dad. I was introduced to her dad by some people that I met there, and all of a sudden a month later, I’m working at Vangst. I was applying to work in cannabis for three years before that and I wasn’t able to get hired. You just have to show up, be genuine, then follow up. I remember even when I was talking to Karson initially, she was getting distracted. I was like, “Hey, it’s me. Let’s talk again. I think I’m ready to actually do this now.” You have to follow up. You have to be persistent. But you have to start off by actually making connections.

Karson: You’ve got to go for the close. With everything in life. If entrepreneurs are listening and you’re raising capital – people always laugh at me because we’ve raised some good institutional rounds of capital, and at the end of a meeting I’ll say, “So, are you interested? Are you going to invest?” Ask. At the end of a customer meeting, “We just had a great meeting. Ready to sign up?” “We just had a great interview. Are you ready to sign the job offer?” Sell. Close. A, B, C. You’ve got to go for it. And it’s uncomfortable. Do you know how many people say no to me all the time? I just don't care.