Nabis Holdings | Brand Spotlight Partner What is this?

How Nabis Holdings Is Increasing Its Presence in the Cannabis Industry

Brought to you by Mark Shelling

The landscape of the U.S. cannabis market seems to be in continuous flux. While the country is forging ahead with broad legalization at a steady clip, there are still some uncertainties in how and when every state will reach a seamless standard of operation.

Even though the use of medical cannabis is legal in 33 states, policies within those states don’t always complement each other. Further still, many of those state laws aren’t in line with federal guidelines. Even though two out of three Americans are now in favour of widespread legalization, transforming the wants of Americans into actionable legislation is proving to be a sticky process.

This uncertainty has created trepidation for some would-be cannabis investors, as the prospect of buying stock paired with fluctuating legality comes off as inherently volatile. What isn’t uncertain, however, is that despite the various states of legalization, the U.S. cannabis market is valued at more than $10 billion, which reports say might blossom to $22 billion by 2022.

This represents an incredible growth rate considering that two decades ago, cannabis was illegal across the board. Now, 92 percent of U.S. states have legalized some form of this plant. Investors would be hard-pressed to find another industry that projects to experience a two-fold increase inside of just four years.

A recent major push for investment has been the passing of the SAFE Banking Act. The SAFE bill gives banks that are providing services to cannabis companies protection from federal regulators while operating within state law jurisdiction. What formerly was a diﬃcult situation for banks has now been eased of pressure, which figures to facilitate rapid growth. The bill passing has been a boon to cannabis companies, consumers, and investors alike, as more substantial amounts of capital can be processed and allocated, worry-free.

Nabis Holdings is thriving on a moving landscape

The opportunity aﬀorded by this situation of “hurry up and wait” isn’t lost on cannabis companies. The market has adapted for cannabis cultivation and production enterprises that can flourish within the confines of a system with fluctuating laws, which is a model built on adaptability that will only become more critical as industry and federal standards become more seamless.

One such company that is prospering through this transitional period is Nabis Holdings Inc. (CSE: NAB). Over the last five years, the Canadian-based investment firm has been assembling an impressive portfolio of vertically integrated multi-state cannabis operations across the United States.

“Nabis is actively acquiring assets and making big moves in an industry where current standards are inferior and confusing.”

Through their vertically integrated model, Nabis’s focus is to identify high-potential operations in states that they can penetrate right away, with sound production and manufacturing already in place.

As Shay Shnet, CEO and director of Nabis Holdings notes, “Nabis is actively acquiring assets and making big moves in an industry where current standards are inferior and confusing. The results are subpar products, and consumers are expecting more. We are in favour of standardization at Nabis. We aim to not only comply with regulations as they roll out but exceed them with quality products, thorough testing and high benchmarks.”

Nabis has recently closed and executed binding letters of intent to invest in vertically integrated assets in Michigan, Arizona and Washington State while continuing to explore further expansion opportunities. Add those to the company’s existing holdings in Arizona and California, and Nabis boasts one of the most robust – and diverse – vertically integrated cannabis profiles available to investors.

“In California, for example, the moment statewide cannabis regulations were introduced, many brands just disappeared. Nabis has the capital to implement the necessary guidelines for compliance, and we have a team dedicated to making Nabis a top name in the marketplace,” Shnet explains.

Among the company’s new opportunities are definitive signed binding agreements for the acquisition of eight strategically located properties that have municipal approvals for provisioning centers.

The company has also signed binding LOIs and has closed the acquisition of four strategically located properties that have or are eligible for municipal approvals for provisioning centers in two properties in Detroit, Constantine, Muskegon, Bangor City, and Battle Creek.

Nabis’s consistently high standard of operation is a significant driver of this ambitious expansion plan. Cotiamco and his team can stay ahead of quality regulations by ensuring that their state-of-the-art cultivation and production facilities are all built to exceed Good Manufacturing Practices (GMP) standards.

One team, one goal

The high level of talent and expertise involved in running the show is also pivotal. Shay Shnet, CEO and Director at Nabis and Mark Krytiuk, President, are two industry-leading operators who co-founded MPX Bioceutical Corp. MPX was one of the most substantial takeover oﬀers in the U.S. cannabis market to date, when it merged with iAnthus in a deal worth $835 million.

Led by a proven pedigree in the cannabis space and standards that match this ambition, Nabis is on course to achieve their goal of becoming a hallmark national brand.

As the market evolves, Nabis has proven to be one of the quickest adapters, often revered as pioneers in the space. Most importantly, despite these ongoing – and sometimes drastic – changes, the company is committed to providing a second-to-none consumer experience and consistently delivering high-quality products. 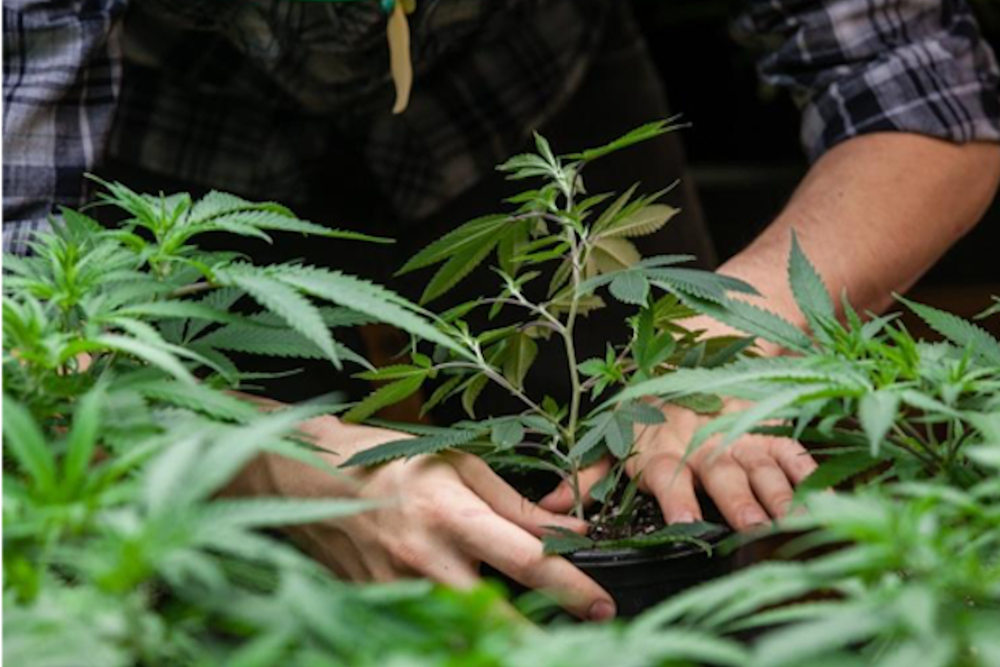 As the U.S. cannabis market evolves with continuous legislative changes, the industry will also experience many internal changes, including job growth. Studies have shown that the industry will grow to having at least 330,000 cannabis-related jobs by 2020, which is more than the number of people employed in U.S. steel and iron mills.

The state of the cannabis black market will also need to be taken into account as many companies decide on how to best tackle the situation and increase their sales.

Despite the numerous facets affecting cannabis and its growth potential, Nabis Holdings Inc. is well-positioned to play a formative role in expanding the legal market country-wide.

Through their tried and tested expansion model and phenomenal leadership group, the company embodies one of the most steady and high-potential investment opportunities the cannabis market has to offer.