The 411 on 4 Smoking Hot Marijuana Startups

As legal marijuana use blazes deeper into the mainstream, a crop of startups are increasingly cashing in on the exploding cannabis boom.

The walls of prohibition are crumbling and the green rush is on fire. Despite the fact that pot is still illegal under federal law, America’s budding homegrown medical marijuana industry is big business. Legal retail sales of the green stuff are estimated to reach $6.7 billion in sales this year alone.

Just in time for 4/20, here’s a quick hit of four smoking hot startups burning bright in the fast-growing field of medical marijuana. 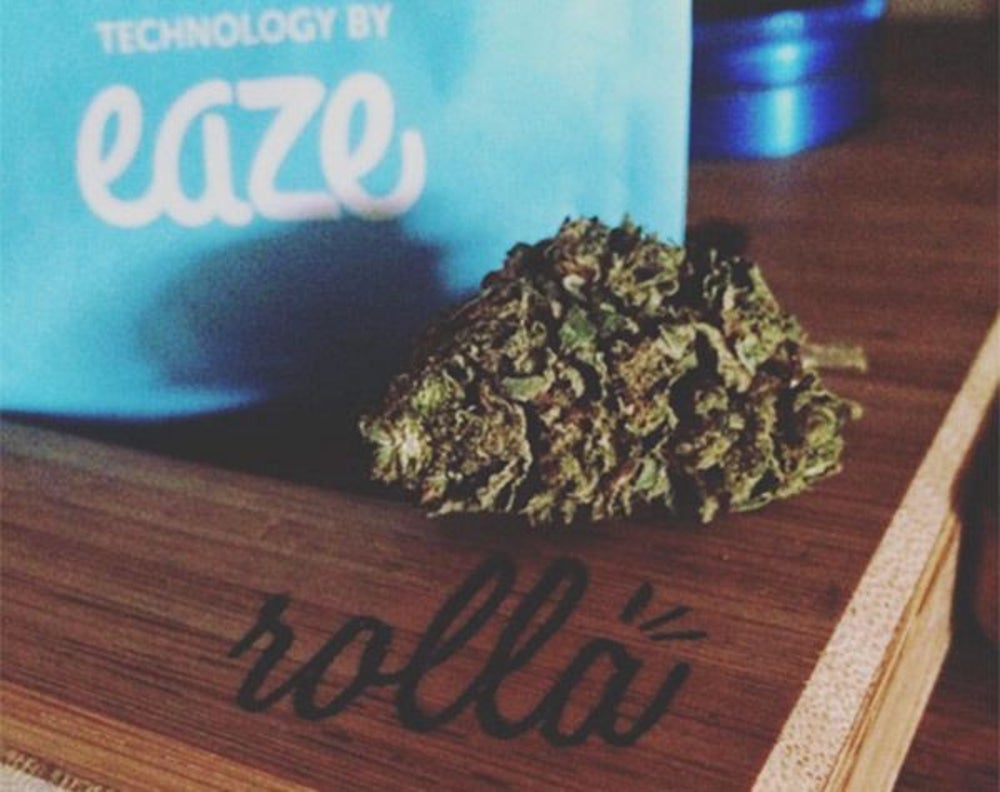 High-quality, lab-tested legal weed, delivered to your door in 20 minutes or less. That’s the premise behind Eaze, a San Francisco-based startup at the forefront of the booming on-demand pot delivery industry.

Entrepreneur Keith McCarty founded the popular app-driven service in 2014, with the aim of “becoming the Uber of marijuana delivery.” Since it’s inception, the company claims to have chauffeured dispensary-sourced bud to some 100,000 card-carrying medical marijuana patients in 80-plus California cities. It’s snagged some $12.5 million in venture capital to date.

Related: 8 Celebrities Getting (Financially) High Off of the Budding Legal Weed Business

Don’t have a medical weed card? Eaze now helps those who qualify acquire one “in minutes” with its EazeMD service. The freshly-launched telemedicine side hustle pairs licensed doctors with people in the market for medical cush. 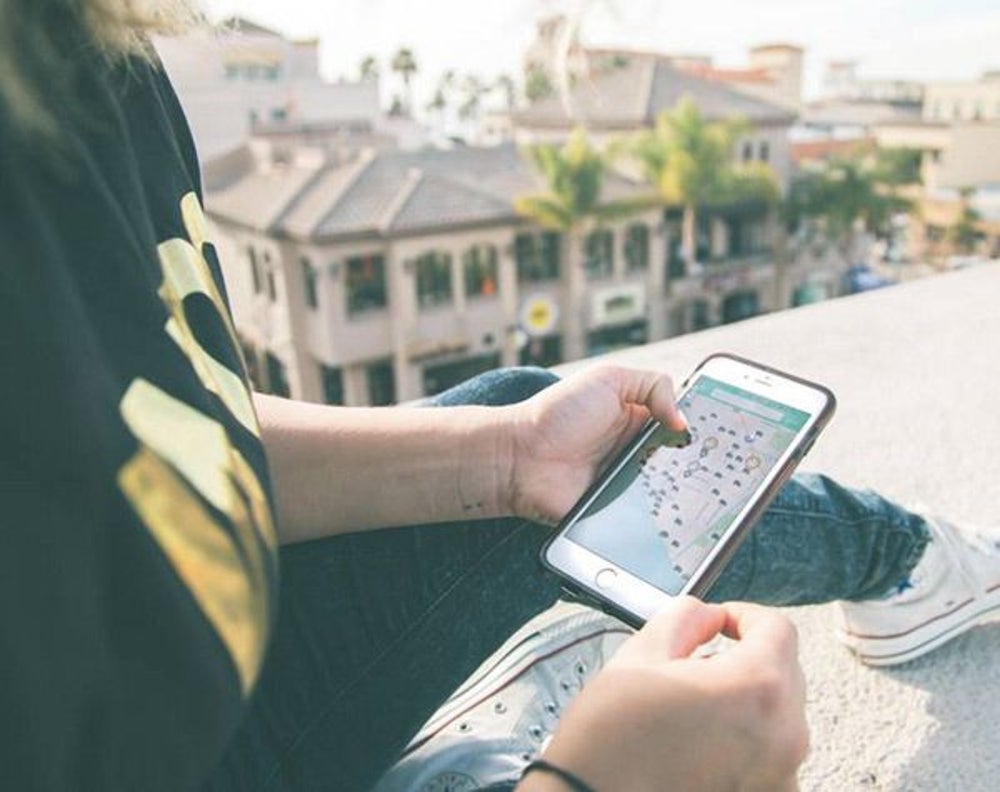 Weedmaps bills itself as a “community where medical marijuana patients find and connect with nearby dispensaries,” but it’s often characterized by others as “Yelp for pot shops.” The Irvine, Calif..-based tech startup initially went online in 2008 after its co-founder and board chairman Justin Hartfield saw a ripe market opportunity on the heels of scoring his own medical marijuana card. Back then, it was tough to find legal weed dispensaries on the Internet and he wanted early dibs at the table.

The ad-monetized free service, also available via mobile app, was one of the first companies to break the green ceiling online, giving patients a virtual place to connect with and rate doctors, dispensaries and delivery services. Weedmaps users can also privately message each other. The pioneering platform has since sprouted a buzzing media arm, delivering a steady stream of cannabis culture news and videos from its swanky new production studio.

Now headed up by co-founder and CEO Doug Francis, the company has grown to more than 200 employees working from offices in four U.S. states, Canada and Spain. Francis declined to share specific revenue estimates with us, but he did say that Weedmaps.com attracts approximately 50 million pageviews per month. 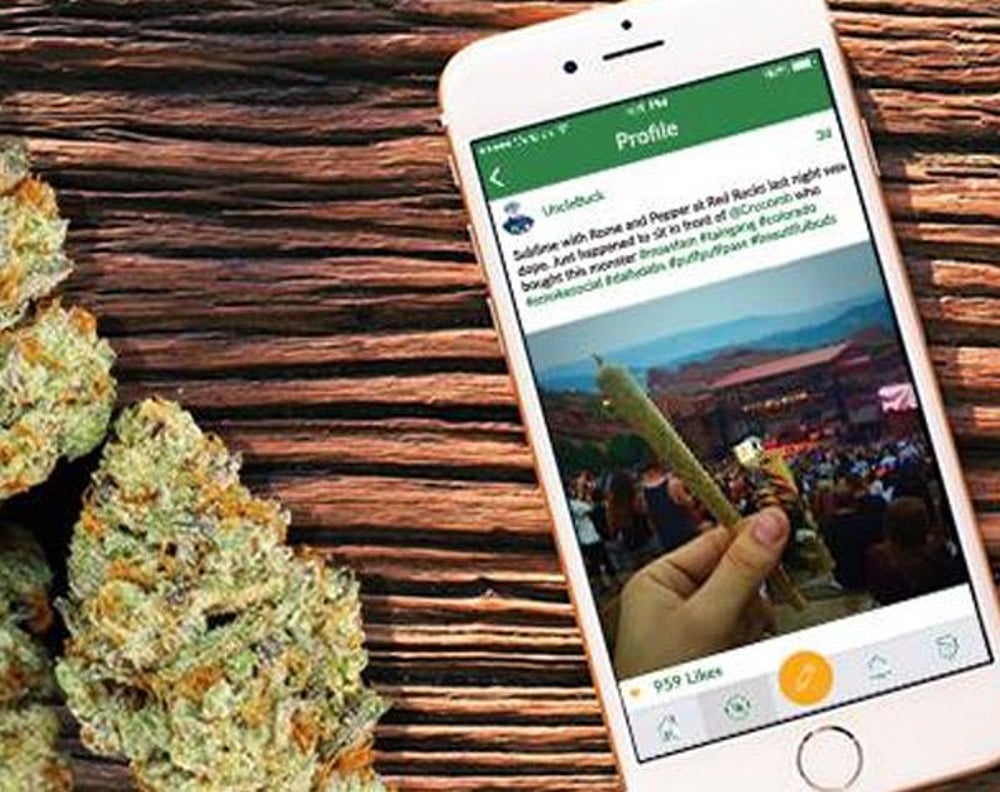 If Weedmaps is Yelp for weed enthusiasts, then MassRoots is Facebook for potheads. Launched in 2013, the word-of-mouth-fueled stoner social network recently made headlines for a high-minded first -- it applied to be the first cannabis company to be listed on the Nasdaq Capital Market.

The Denver, Colo.-based company was born out of a desire to “profit off of” the movement to legalize recreational marijuana after Washington and Colorado did just that, MassRoots co-founder and CEO Isaac Dietrich tells Entrepreneur. “At the same time, we wanted to help pro-legalization initiatives pass, and we thought the best way to do so was through a scalable technology platform that would enable us to scale in every state that passes a cannabis law, without having to open dispensaries or ever physically grow the product,” he says.

Today, Dietrich says some 775,000 registered users use the MassRoots app to follow dispensaries, swap weed-centric content and stay abreast of the latest legalization news. According to the social network’s website, it generated approximately $40,000 per month in the third quarter of 2015 through in-app advertising. Since then, it claims to have increased its monthly revenues by roughly 20 percent. Forgive the cheesy pun, but you could say MassRoots is growing a bit like a weed.

We went on a cannabis grow tour today ?
See more on our Snapchat: massrootslive ? pic.twitter.com/BuUhorOVKz 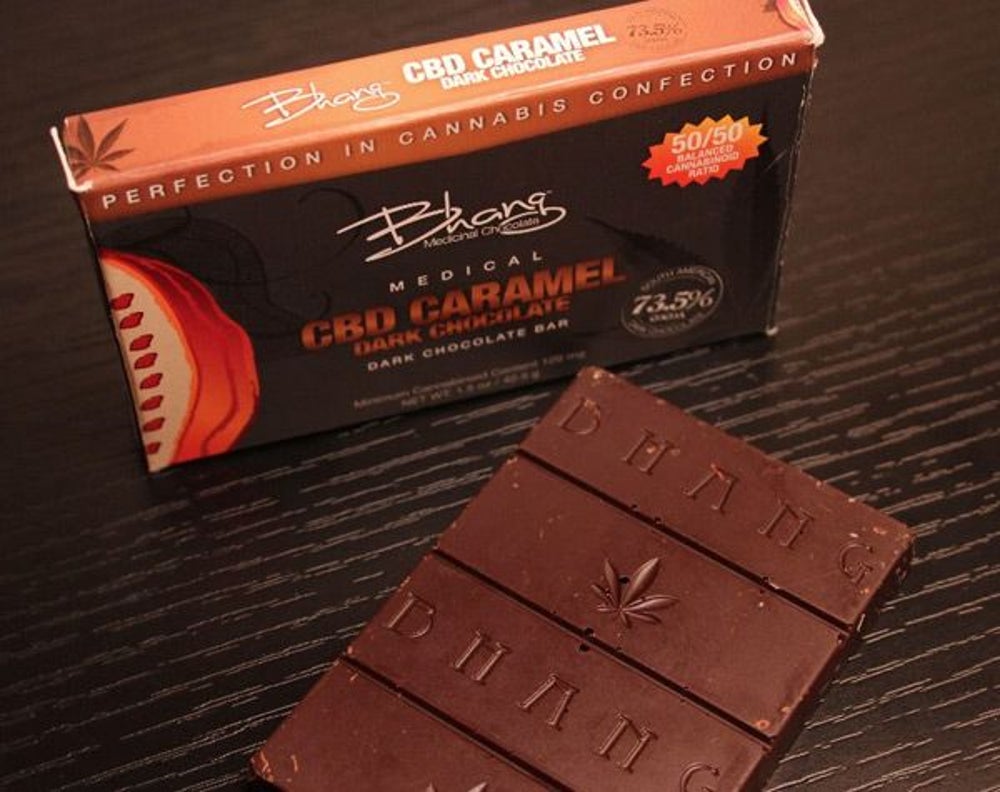 Pot-laced chocolate is perhaps the ultimate two-for-one munchie for stoners. Master chocolatier Scott Van Rixel is banking on it. In 2010, he founded Bhang Chocolate, a maker of cannabis-infused chocolate bars and cannabis oil, along with the vape pens used to vaporize it.

Headquartered out of Oakland, Calif., the sweet startup has locations in seven states, the District of Columbia and in three other countries. Also Bhang’s CEO, Van Rixel isn’t entirely optimistic about maintaining his company’s market stronghold, or even about staying open, should the federal government crack down on infused edibles.

“I think [the cannabis edibles industry] is going to get narrower, not on brands, but with regard to products -- cookies, brownies, chocolates, things that are definitely food items,” he recently told Marijuana Business Magazine (MBM). “I believe that over time, regulation is going to steer [the industry] away from those products because of the likelihood of confusion for a child.”

Related: High Stakes: How This Marijuana Company Gained Buzz in a Budding Market

Meanwhile, the company continues to expand due to a $39 million venture capital investment made by Mentor Capital in 2014, boosting Bhang’s valuation at that time to $65 million.