106 years of marijuana history in 11 slides.
Next Article

Every year, more and more people begin to support the legalization of marijuana. We're seeing changes all across the country, as more than half of American states now allow medical marijuana. Four states voted in November to legalize recreational use.

Here's an even more startling set of numbers: According to a Gallup poll, 60 percent of Americans now support legalizing marijuana. In 1969, only 12 percent did.

So, how has the marijuana industry come so far since the '60s? And, just as importantly, why was there so much contempt for the drug then?

Start the slideshow to see 11 moments that helped shape the way we think about marijuana. 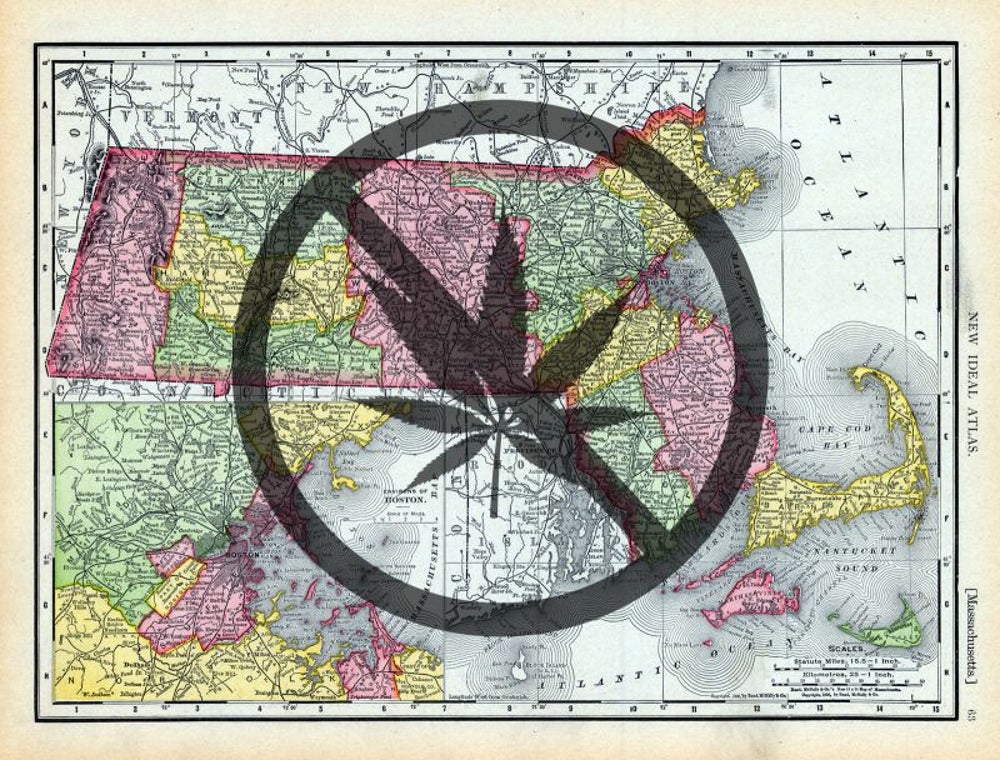 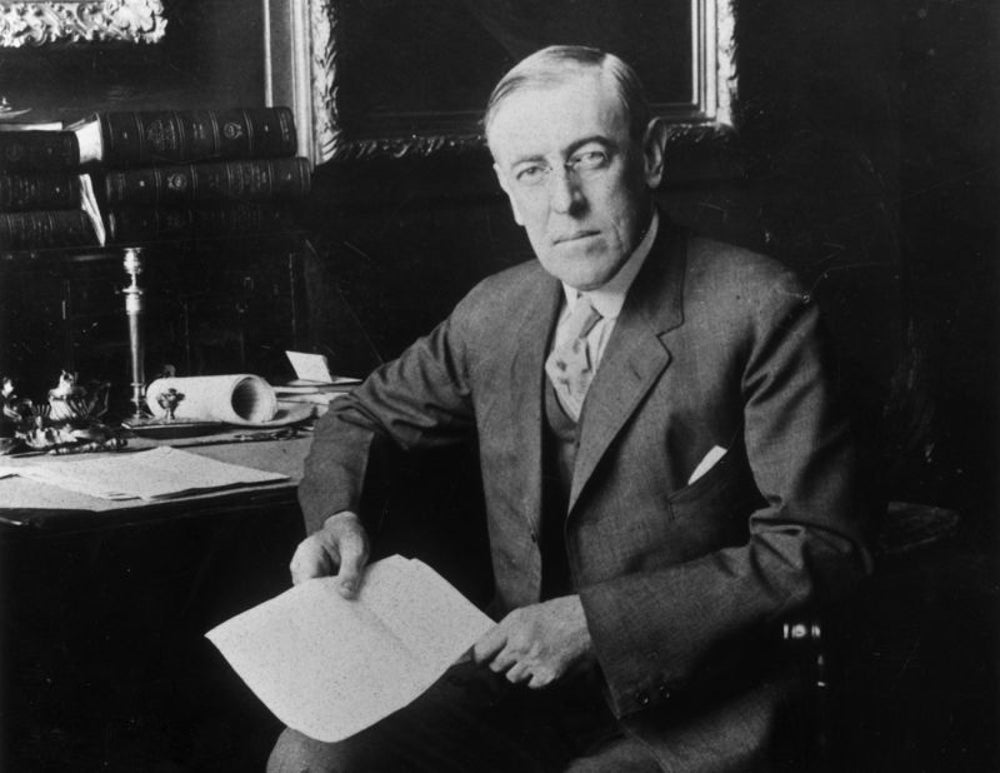 Image credit: Hulton Archive | Getty Images
Composed of three U.S. House bills, the Harrison Act prohibited the importation of opiates and restricted doctors from prescribing narcotics. The primary intent was to prevent the use of opium, morphine and heroine, but the bill affected the marijuana industry, as well. 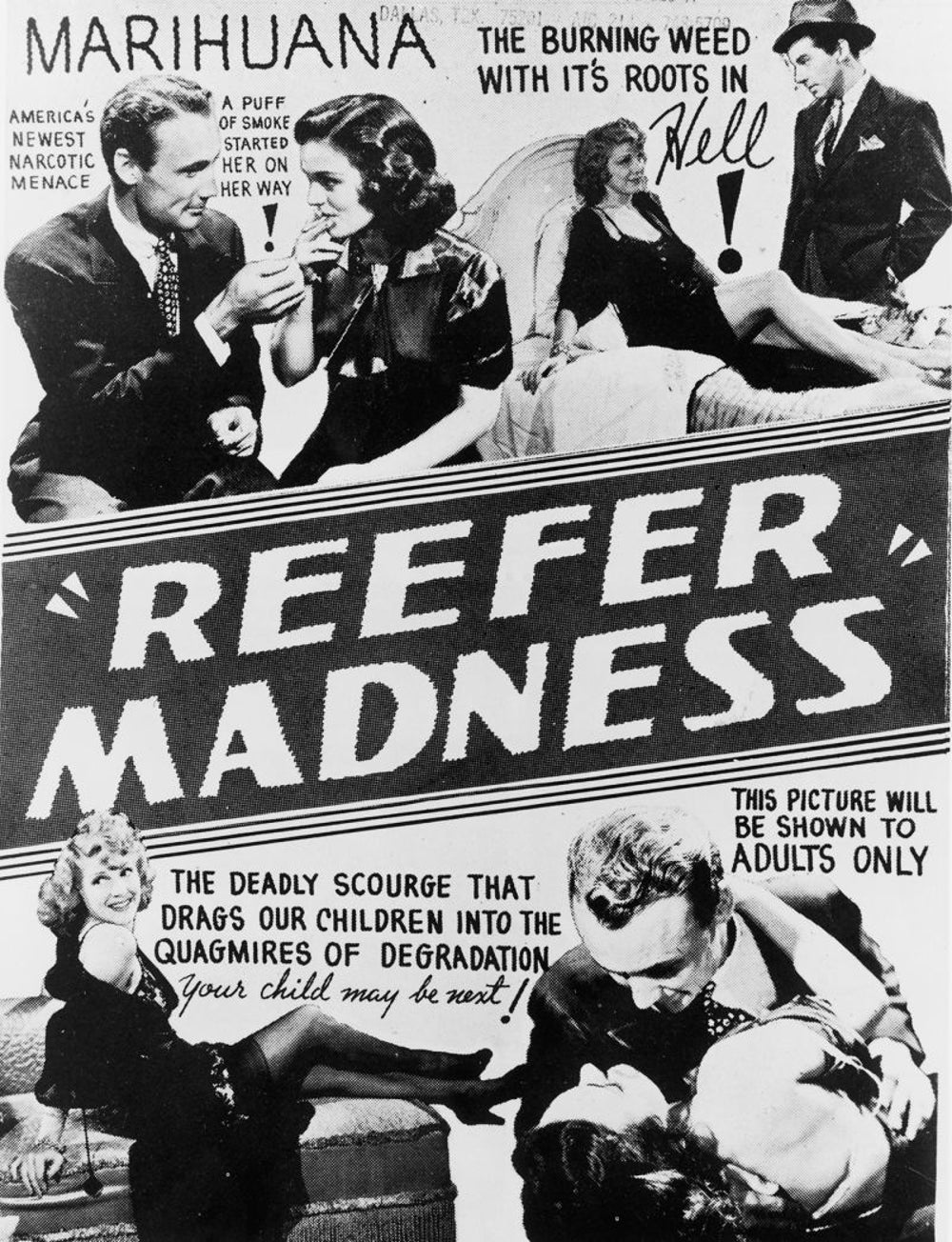 Image credit: Hulton Archive | Getty Images
The fictional story of how marijuana influenced a group of people to kill, rape and steal, Reefer Madness was originally made by a church group as a morality tale about cannabis but was purchased by Dwain Esper, a director and producer of exploitation films. 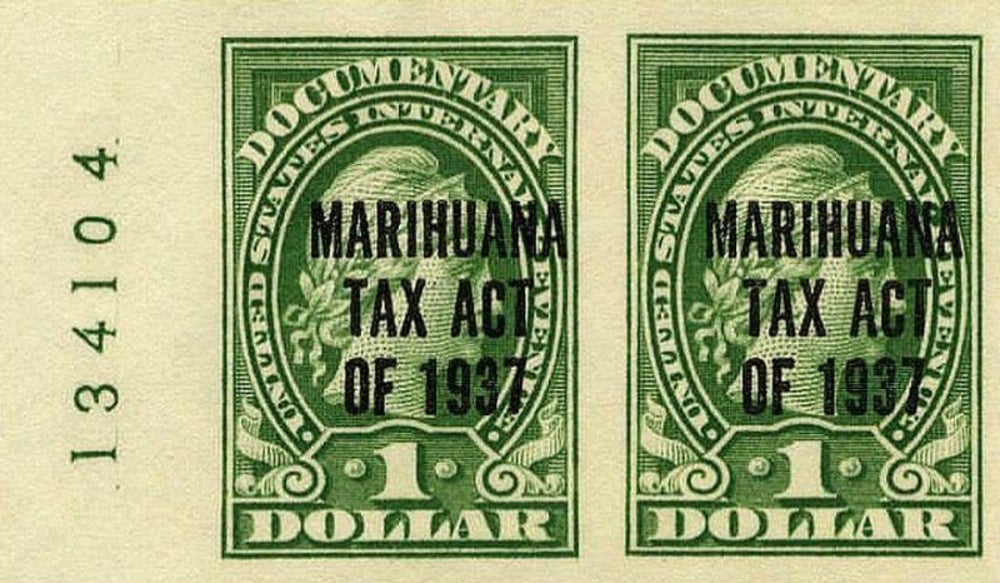 Image credit: Wikimedia Commons
1937 was a bad year for the marijuana industry. In August, President Franklin D. Roosevelt signed into law the Marihuana Tax Act, banning cannabis. In October, Samuel R. Caldwell become the first person arrested under the Marihuana Tax Act (which was overturned by the Supreme Court in 1969 and repealed by Congress in 1970). He served three years in prison. 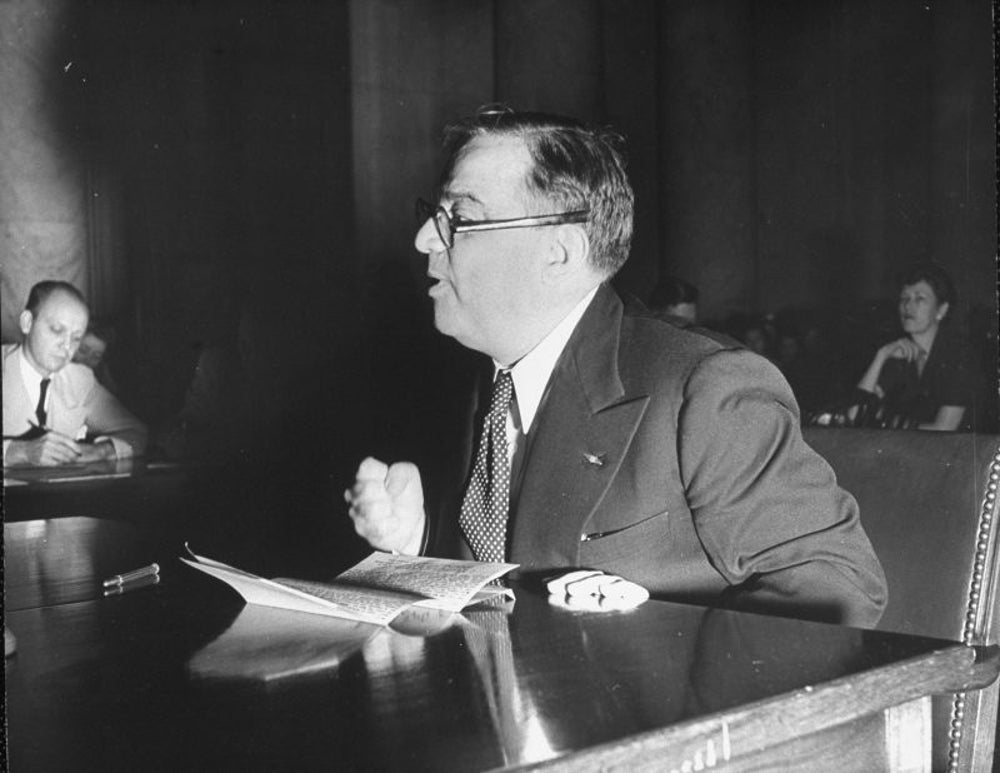 Image credit: George Skadding | The LIFE Picture Collection | Getty Images
An opponent of the 1937 Marijuana Tax Act, New York Mayor Fiorello LaGuardia appointed a commission to study the effects of marijuana in New York City two years later, in 1939. The report was published in 1944 and contradicted claims previously made by the federal government about the dangers of marijuana. 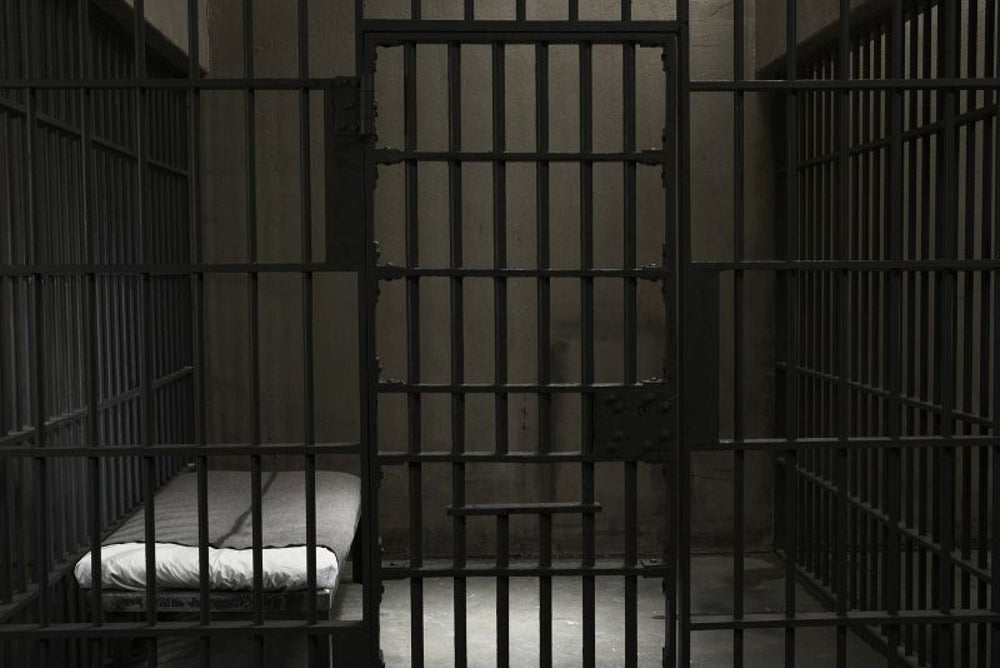 Image credit: Darrin Klimek | Getty Images
Search for "Boggs Act" in Wikipedia and you'll be automatically directed to the page on mandatory sentencing. The law made a first-time cannabis possession offense a minimum of two to 10 years with a fine up to $20,000 (close to $200,000 today when adjusted for inflation). 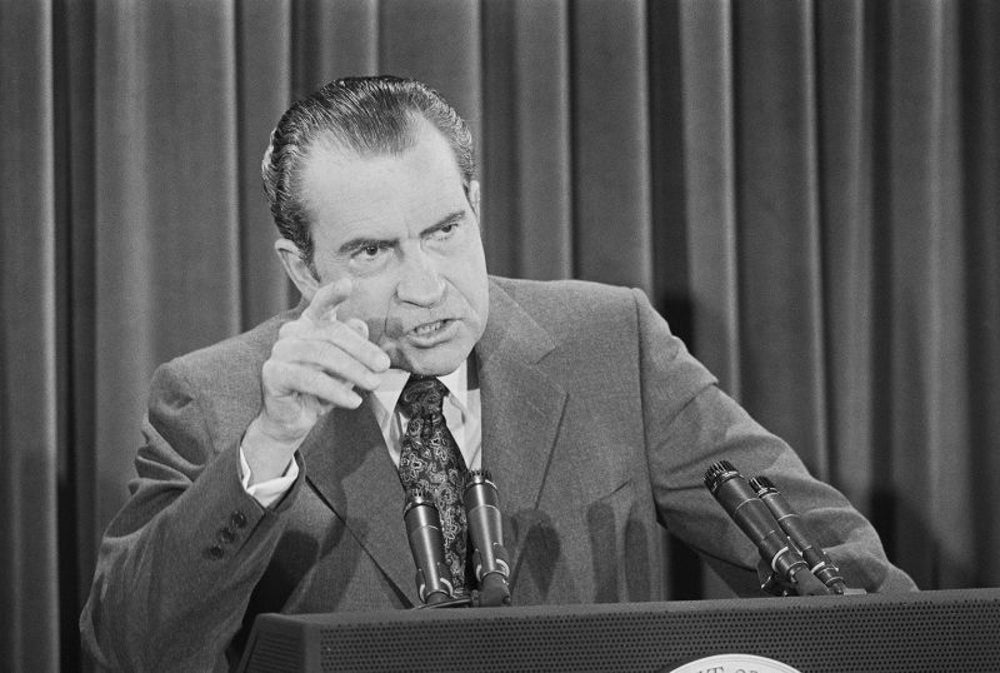 Image credit: Bettmann | Getty Images
"Public enemy number one in the United States is drug abuse," said President Richard Nixon. "In order to fight and defeat this enemy, it is necessary to wage a new, all-out offensive. I've asked the Congress to provide the legislative authority and the funds to fuel this kind of offensive." Nixon then went on to scale up federal drug control agencies and categorized marijuana as a Schedule I substance, making it one of the most restricted drugs in the country along with heroin and LSD.

Jimmy Carter wins the presidency and advocates for decriminalization of marijuana in 1977. 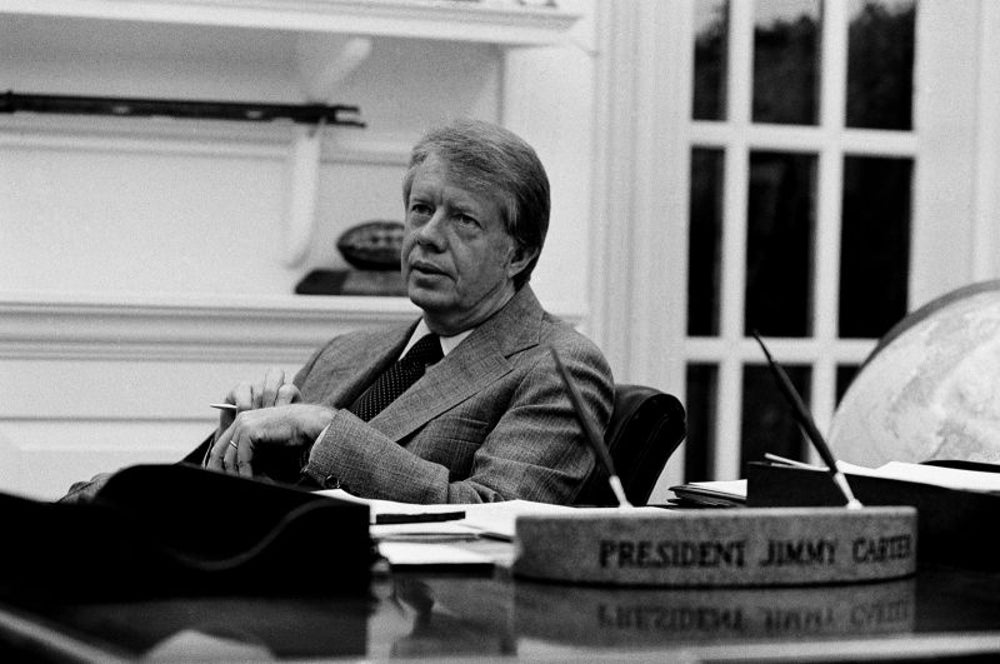 Image credit: NBC NewsWire | Getty Images
In a letter to Congress, Carter wrote, "Penalties against possession of a drug should not be more damaging to an individual than the use of the drug itself; and where they are, they should be changed. Nowhere is this more clear than in the laws against possession of marijuana in private for personal use." Between 1973 and 1978, 11 states decriminalized marijuana. 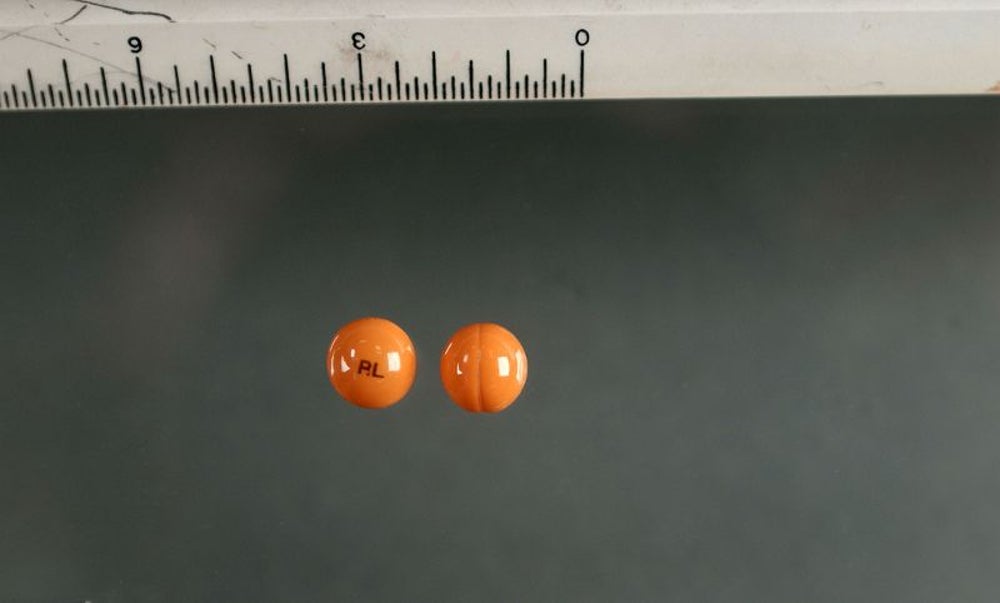 Image credit: Universal History Archive | UIG | Getty Images
Marinol, a prescription medicine that can relieve nausea and vomiting associated with chemotherapy as well as several other symptoms, is a synthetic or chemically made form of cannibus. It was the first marijuana product approved by the FDA, followed shortly by Cesamet. 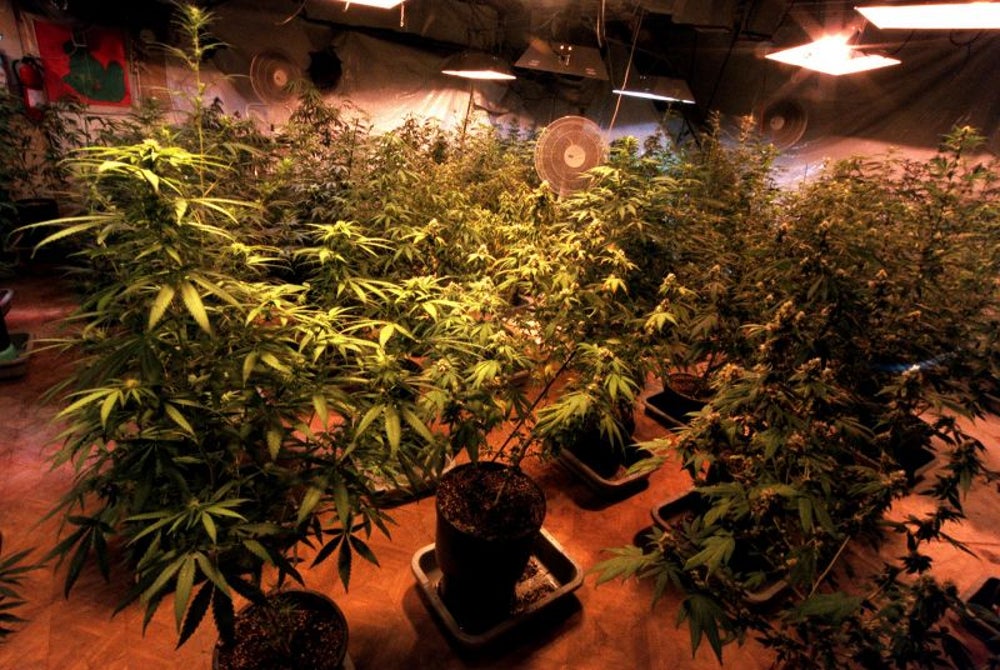 Image credit: Dan Callister | Liaison | Getty Images
Though some states had decriminalized cannabis as much as 20 years before, California was the first state to legalize medical marijuana. Much of the west coast followed California's lead, such that by 2000, Oregon, Washington, Alaska, Hawaii, Nevada, Colorado and Maine had all legalized medical uses of the drug. 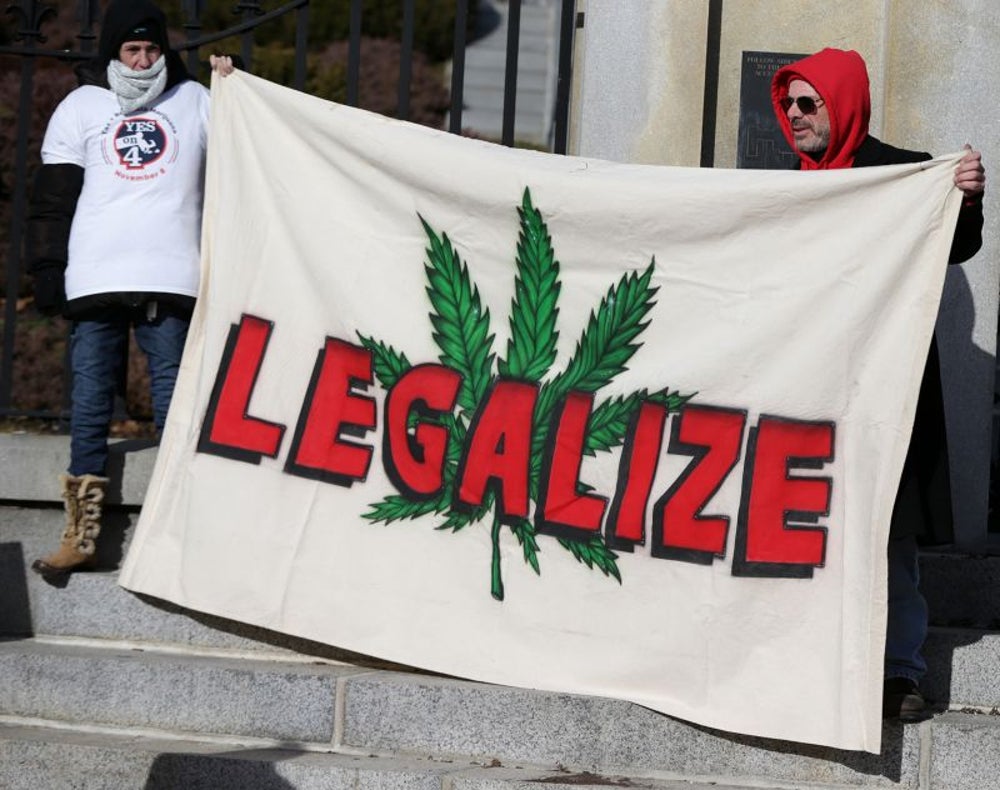 Image credit: Jonathan Wiggs | The Boston Globe | Getty Images
Somewhat surprisingly, one of the first states to legalize recreational use via ballot initiative (along with California, Nevada and Maine) was Massachusetts -- the first state to criminalize marijuana. It's all come full circle.
More from Green Entrepreneur