These Social Justice Weed Warriors Are Making a Difference

From fighting hunger to hiring employees with cannabis-related convictions, these entrepreneurs are using cannabis to promote social good.
Next Article

This story appears in the December 2018 issue of Green Entrepreneur. Subscribe »

For Matthew Huron, founder and CEO of Good Chemistry dispensaries, giving back has always been entwined with the business of cannabis. His father, who cofounded the company, taught him that. After creating the co-op, Huron and his father would deliver medical marijuana to hospice care facilities and AIDS patients in and around San Francisco -- his father was battling HIV himself. Today Huron continues their work: Good Chemistry delivers cannabis to terminally ill patients and low-­income individuals.

Huron isn’t alone; the cannabis industry has a unique relationship with social responsibility. Companies aim to give back to their communities through initiatives like fighting hunger and food insecurity, hiring people with cannabis-related criminal records, and helping the homeless. Industry leaders also often share a background in advocacy due to their efforts on legalization.

Morgan Fox, spokesperson for the National Cannabis Industry Association, says giving back has been a key part of the cannabis industry since legalization started.

Related: Social Responsibility Is the Heart of the Cannabis Business

“For a very long time, cannabis businesses were incorrectly viewed as a negative part of a community,” says Fox, citing people’s fears that dispensaries would drive up crime rates. He says many business owners are now stepping up to prove they want to help, not harm, their communities.

Fox foresees a prominent part of the cannabis industry continuing to be heavily focused on charitable efforts and giving back to those in need in the coming years.

“It’s an ingrained part of the culture,” he says. 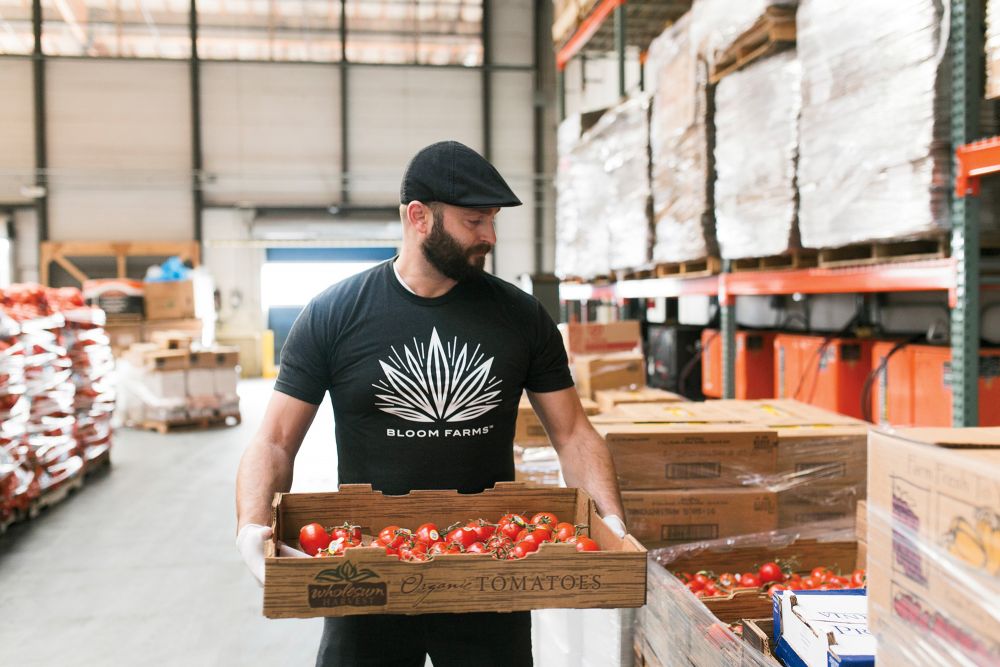 Michael Ray grew up in the foothills of the Sierra Nevada mountains in Northern California. The community skewed low-income, and while some of his friends’ families struggled, Ray’s dad was an airline pilot, which gave his family more financial freedom. Ray’s home became the neighborhood hangout, and no matter how many of his friends were over, there was always enough breakfast, lunch and dinner for everyone. It was only when Ray entered college that he discovered the disheartening statistics regarding hunger in California: One in five children may go to bed hungry each night, and one in eight Californians doesn’t know where their next meal will come from.

Ray began to connect the dots and realized that many of his childhood friends were from food-insecure families -- or families that aren’t always certain they’ll have nutritionally adequate food available. Ray saw that the abundance of food at his house was a chief reason it served as a popular gathering place.

Related: This Is Non-Negotiable: Cannabis Legalization Must Include Restorative Justice

He couldn’t stop thinking about those numbers, especially compared to the size of California’s economy (now the fifth-largest in the world, according to federal data). “I decided as a young man that that was not acceptable,” he says.

So when Ray launched Bloom Farms -- which works with many local and family farms -- in 2014, he did it with a one-for-one mission in mind: For every product sold, the company donates one healthy meal to a California food bank.

At first, Ray had trouble finding a food bank that would accept donations from a cannabis company, but in 2015, he finally landed a partnership with the SF-Marin Food Bank.

In January 2018, Bloom Farms announced one million meals successfully donated to five different California-based food banks, and as of November, that number had risen to 1.6 million.

“A million meals sounds nice, but for me, it’s still just a drop in the bucket,” says Ray. “It’s a great start.” 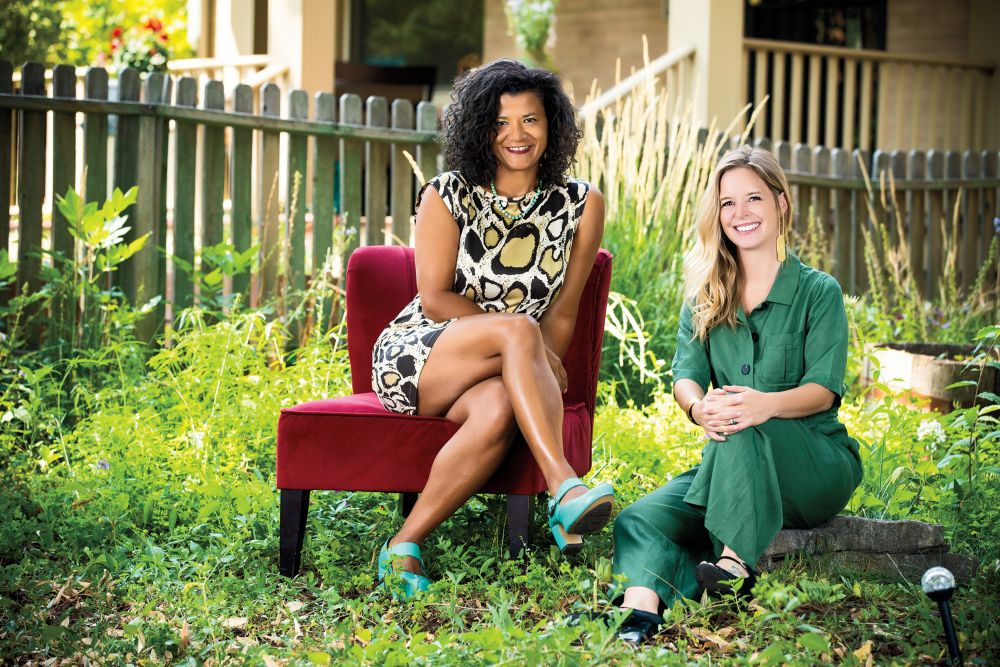 Courtney Mathis’ parents were the chief inspiration behind her career pivot. She was working in nonprofit consulting in Denver when she saw the cannabis industry begin to emerge on a large scale. Her parents in Louisiana were struggling with various health issues. They believed they could benefit from medical cannabis -- but the drug had not yet been legalized there.

Mathis wanted to see cannabis legalization succeed, and she was growing disillusioned with the nonprofit sector.

“I thought if we could achieve community support and show cannabis was an asset to communities, then legalization would be more successful -- and maybe my parents would have some hope of getting access to cannabis medicine in their lifetime,” says Mathis.

Unbeknownst to her, a similar idea was forming in Kelly Perez’s mind. Perez, a policy adviser to the state’s governor, witnessed the legalization of recreational cannabis in Colorado, and in her eyes, it wasn’t going very smoothly. She wanted to do something about it.

A mutual acquaintance realized the two women were working toward the same goal and introduced them. About three years ago, Mathis and Perez cofounded kindColorado, a consulting agency working to bridge the gap between cannabis companies and their communities. Mathis is president, and Perez is CEO. How it works: They define exactly what the owners of a cannabis company care about and want to impact -- whether it relates to economic, political, or social change -- as well as the company’s business goals and what the community needs at the time. Then, Mathis and Perez pinpoint a way to marry those three ideas that will benefit both the company and its community.

Related: Pass the Cannabis, Please: Marijuana Among Restaurant Trends for 2019

So far, kindColorado has worked with 10 companies. In one initiative, it brought five women-owned cannabis businesses together to raise about $35,000 for a drop-in center for women struggling with poverty and homelessness. Another initiative, to donate 5 percent of sales to Planned Parenthood of the Rocky Mountains, came about after Mathis and Perez spoke with the founder of a Colorado-based edibles company.

KindColorado has also worked with one Colorado dispensary to identify the issues it cared about, which included homelessness and food insecurity. The duo identified a local community partner for each of the dispensary’s locations, including a 10-year-old volunteer-run program aiding 1,100 homeless men via a hot meal, a meal to go, and a clothing bank every Monday. 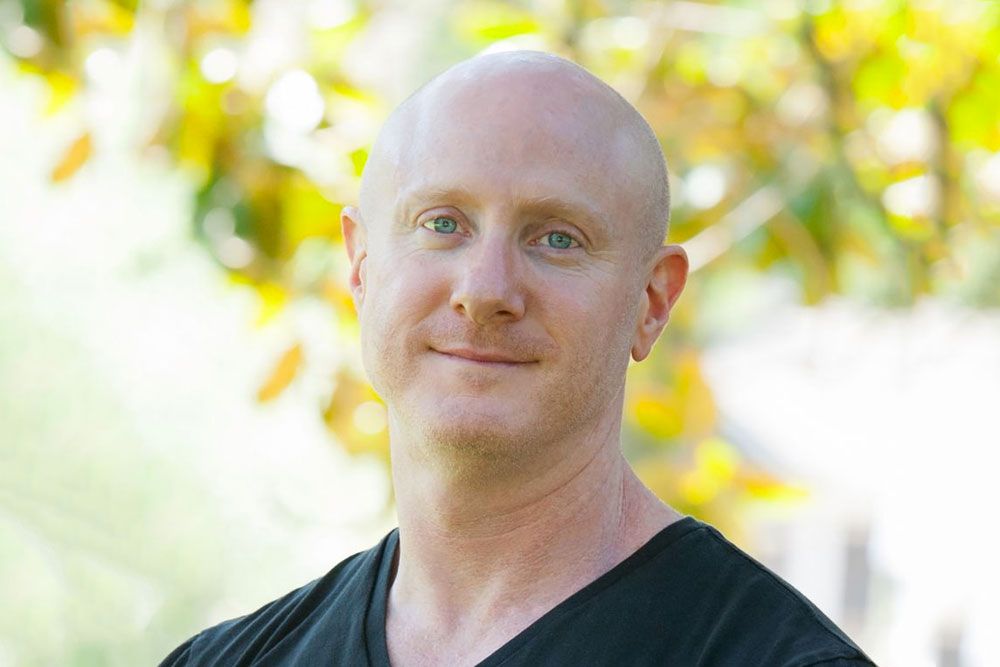 When David Elias was in college, fighting -- spurred by drinking -- led to a criminal conviction and some jail time. After his release, he was able to find work, but he could understand how an ex-con applying for a job would feel when asked, “Have you ever been convicted of a felony?” Elias -- now 11 years sober -- was eventually able to get his record expunged, but the issue nagged at him.

He worked on Wall Street in the 1990s, then founded an agency that represented brands like Coca-Cola, Chevy, Bacardi, and Intel, which he sold in 2010. Turning his sights to cannabis, Elias launched a California-based cannabis startup called Lowell Herb. According to BDS Analytics data, Lowell Herb has 42 percent of the market share in the branded pre-roll category. In the past year, the team has grown from five people to upwards of 90.

Some of that hiring has been done with a larger goal in mind: to give people with nonviolent cannabis criminal records a second chance. It’s the kind of opportunity Elias would have been reassured to see after he was released from jail.

Elias had been reading about recently overturned cannabis convictions and people being released from jail for related offenses, and he wanted to find a way to offer them the pathway for a career without the shame that typically accompanies such a conviction. In May 2018, Lowell Herb unveiled a billboard near a Los Angeles correctional facility with two bold sentences emblazoned across it, accompanied only by the company’s logo and web address: “Recently pardoned? We’re hiring.”

The day the billboard debuted, Lowell Herb received more than 100 résumés. Although Lowell Herb has hired only one employee so far with a criminal record -- a woman who was arrested for cannabis possession while in college -- Elias hopes that through working with local groups and nonprofits, he can get the word out to a larger number of people with cannabis convictions who could be a fit for the Lowell Herb team.