10 Movies and TV Shows Every Cannabis Entrepreneur Should Watch

It doesn't matter if you're a future Steve Jobs or The Guy, these recommendations will motivate your money-making spirit.
Next Article

Working hard from home, bored in the house? An exhausting pendulum swinging from one to the other? Same.

That's why we have devised a list of shows to indulge in on streaming platforms during your time at home. They run the gamut of viewing pleasure—from a third-eye-opening psychedelic animated series to an inspiring, Oscar-nominated performance.

RELATED: Here Are The Advantages Of Giving Back In Times Of Crisis

Every entrepreneur needs to watch these shows, films, and documentaries, particularly if you work in the cannabis space. It doesn't matter if you're The Guy or Steve Jobs, we salute your work ethic. 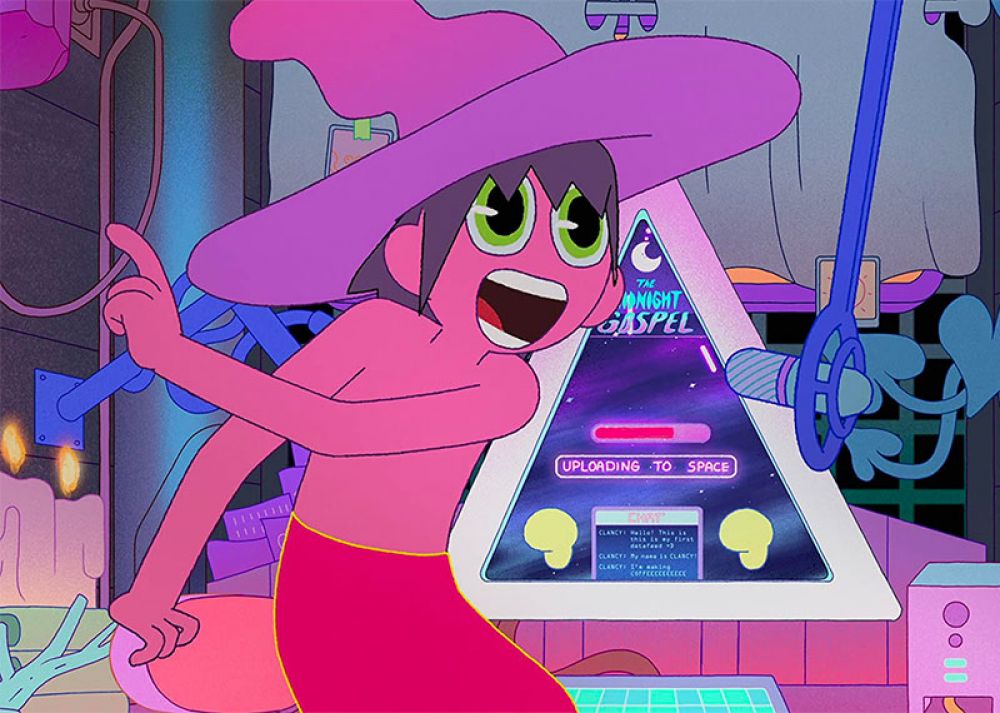 The Midnight Gospel, a psychedelic and existential new animated series exclusive to Netflix, is a damn treat. The brainchild of Adventure Time animator Pendleton Ward and podcaster and comedian Duncan Trussell, The Midnight Gospel took 7 years to make. The "space cast" features Trussell interviewing guests on everything from birth, to ego death, actual death, all circling the drain of massive, unrelenting human questions. Its virtual reality computer universe feels particularly relevant today, given the neverending Zoom calls and our desire to escape into VR. It will open your mind in philosophical, empathetic, and visually stimulating ways.

Imbibing cannabis before, during, and after, are recommended. 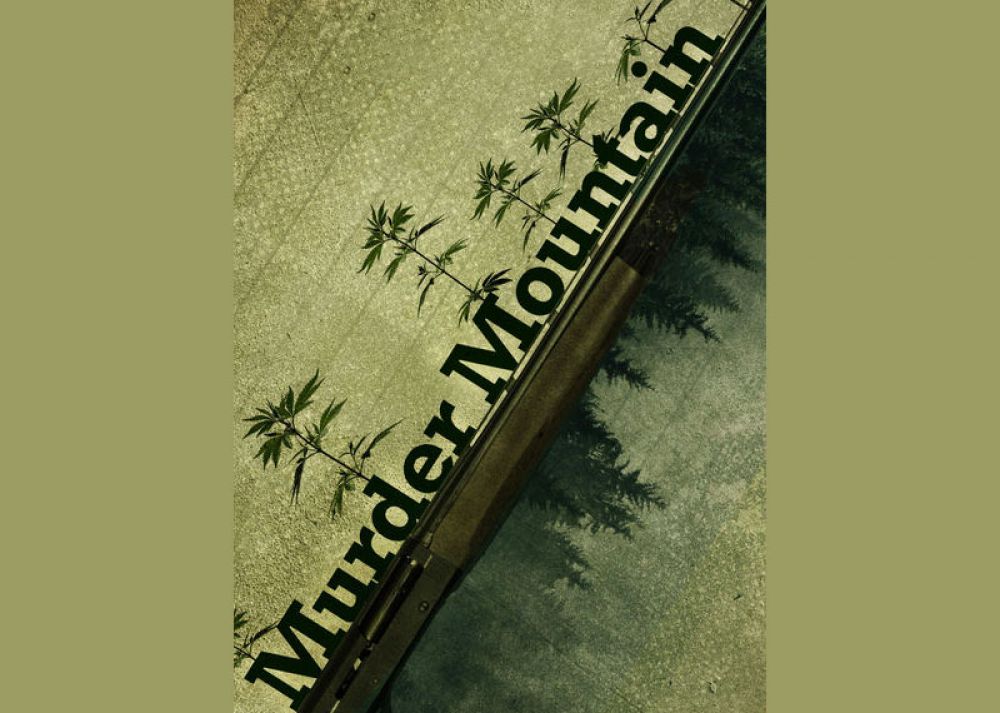 This Netflix crime documentary Murder Mountain dives deep into the unlicensed cannabis and illicit substance market in the U.S., and the unfortunate dangers for those people who work in it. Based in the lush and infamous Emerald Triangle region of Northern California, an area with a climate that is well-dispositioned for growing outdoor cannabis, Murder Mountain is raw.

It is a crime documentary in six parts that unfolds sparked by the disappearance of 29-year-old Garret Rodriguez, a cannabis grower who went missing in the region in 2013 (along with many others). Released in December of 2018, it has recieved some criticism because of its tendency to shine solely a negative light on the region, which is not the complete picture. Leafly points out that it's more of a critique of the dangers of prohibition than of the type of people who work in the cannabis industry. 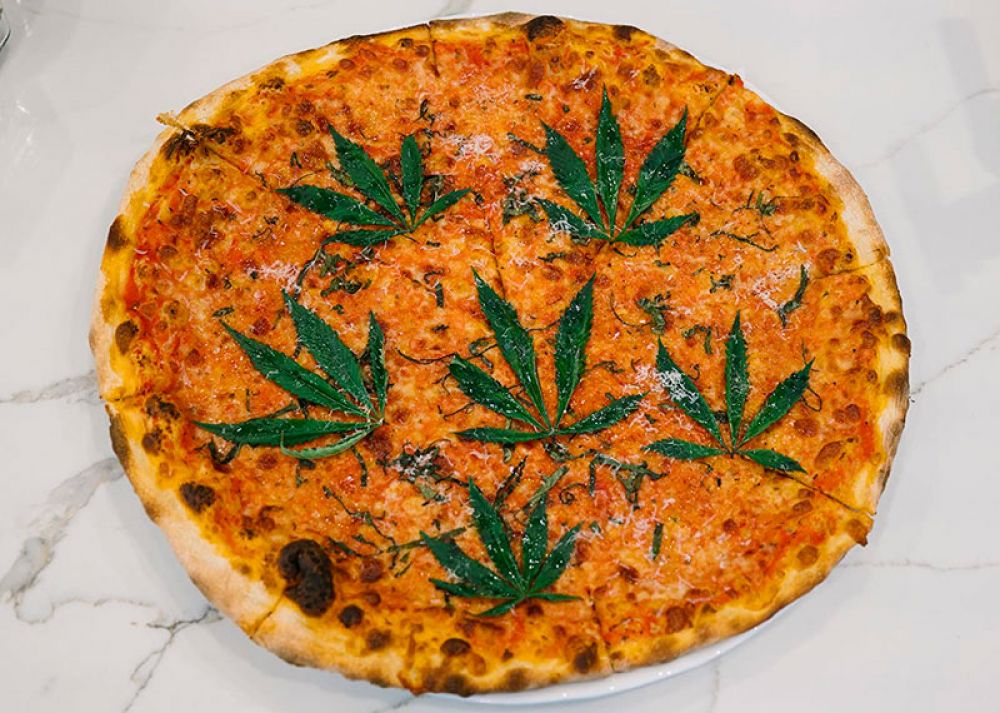 What a gem. The original cannabis cooking TV show Bong Appétit is streaming all seasons on Hulu, Vice TV, and few other platforms. Its first three seasons are hosted by comedian and cannabis advocate Abdullah Saeed, with cannabis expert and the "cannabis encyclopedia" himself Ry Prichard, cooking with famed culinary treasures like chef Cat Cora, a wholly foraged meal with David Wilcox, the beloved late Pakistani chef Fatima Ali, a pizza party with Frank Pinello, and more.

In its fourth season now, the show evolved to a cook-off with B Real, Vanessa Lavorato, and Miguel Trinidad as judges. Super fun, but worth watching from the beginning to see its evolution and learn from Saeed and the gang, who bodes well as a hilarious and Bourdain-esque cannabis cuisine host. 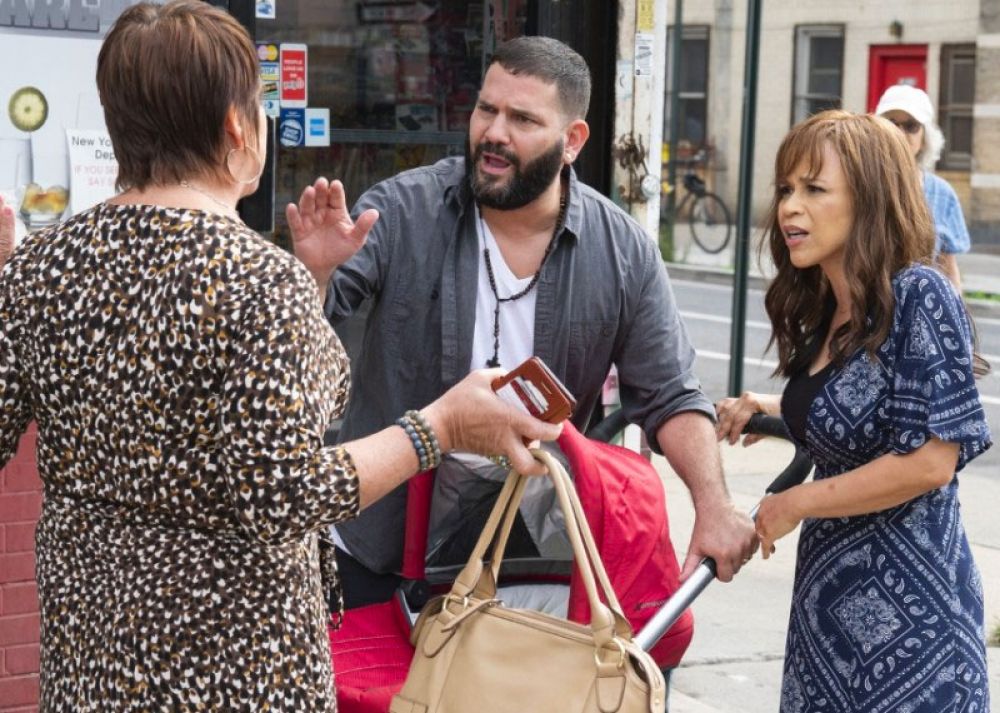 High Maintenace is an ode to the connections that human beings make in weird, dirty, beautiful, uncomfortable, gorgeous, stoned cities across America. Its co-creators and divorced partners have struck Acapulco Gold for HBO. Its writer and director is Katja Blitchfeld and lead actor Ben Sinclair who plays a biking Brooklyn cannabis dealer, named simply, The Guy.

This drama-comedy in its fourth season makes me really miss people while in quarantine. It also gives me unparalleled respect for the safe, friendly, unlicensed cannabis dealers, and all those paths they cross out in the world. I have so much compassion for people who live in cannabis-prohibited states. Regardless, weed is in high-in-demand in New York. While High Maintenance is sometimes a mesh of hipster archetypes, it's also one of the more unique cannabis shows ever made. Give it a binge. 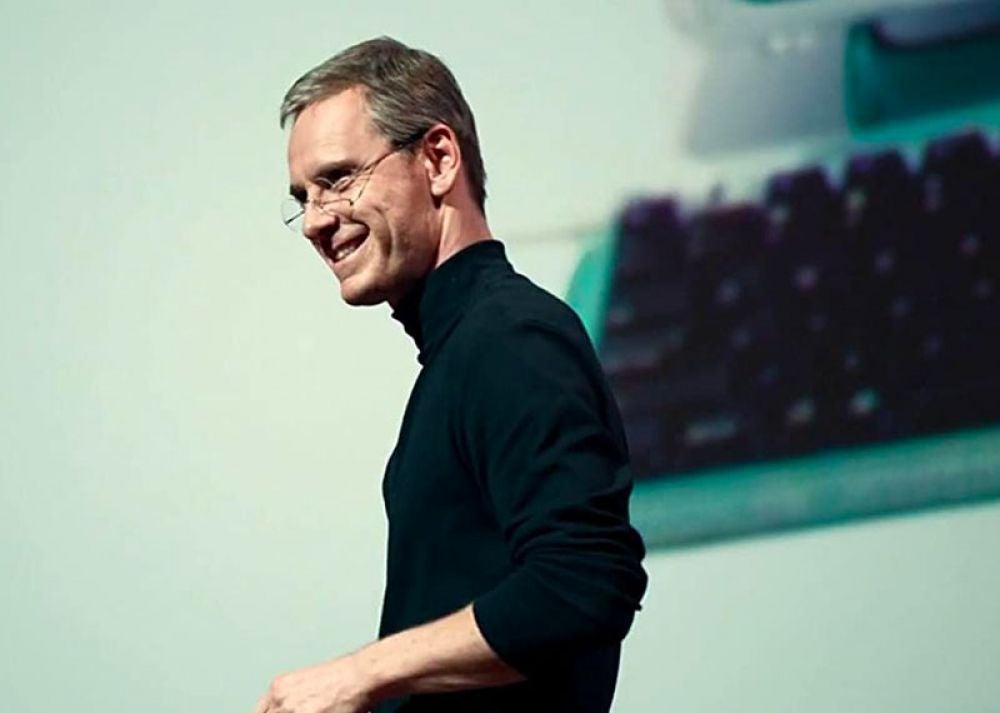 The eccentric tech hero entrepreneur of our time, the Academy Award-nominated 2011 film Steve Jobs is finally on Netflix. Michael Fassbender, Kate Winslet, and Seth Rogen star in this film that shows the evolution of Apple in three lead-ups to Jobs's speeches, in real-time, stretched over the course of fourteen years. By focusing on these three pivotal moments in the icon's career, we are given an Aaron Sorkin-speed adaptation of the man and not the myth. Well-written, tangled, and quite inspiring. You don't have to become the next Steve Jobs while in isolation, but this film will light a fire. 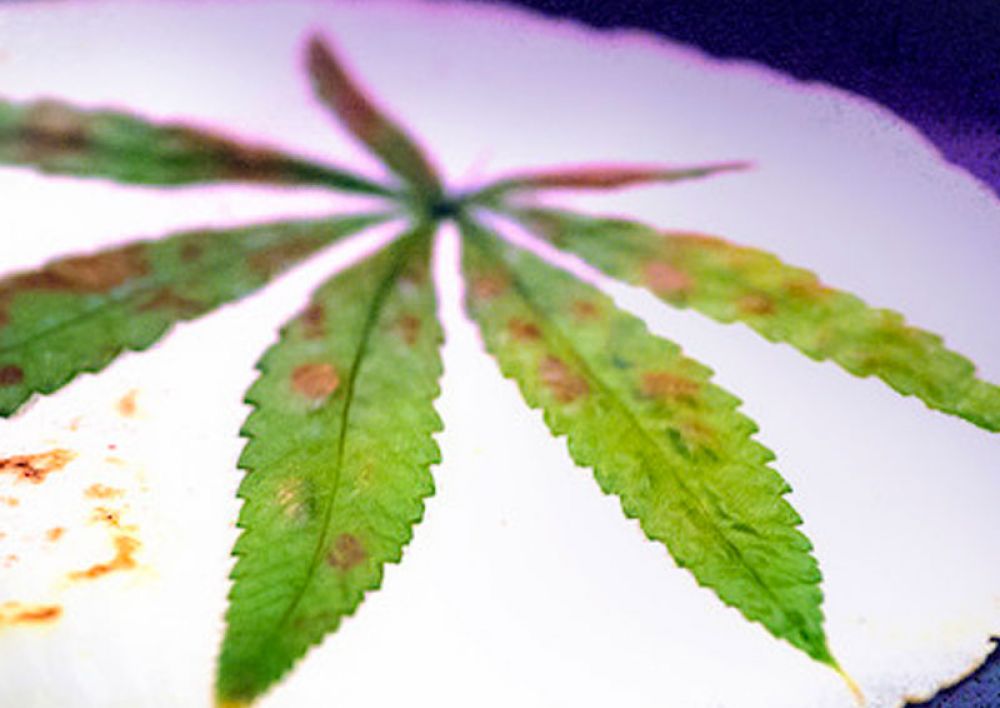 Image credit: Netflix
Cannabis enthusiast and beloved singer, songwriter Kelis hosts a brand-new cannabis baby cooking show on Netflix called Cooked With Cannabis. It's a fun, techno-blasting, vibrant, high-speed cooking show. Think Chopped, but with way more cursing. Cooked With Cannabis offers accessible marijuana data for the viewers that breaks down THC, CBD, ideal edible dosing, micro-dosing, all while defining milligrams and other helpful cannabis properties for the viewers. It's a win for cannabis normalization. It's also creatively inspiring if you're looking for innovative new recipe ideas. A table of "Best Buds" comedians, actors, rappers sit and get slowly higher and higher as the meal progresses. Judges include Ricky Lake, EL-P, Michael Rapaport, Too $hort, Clayton English, and more. The show aptly premiered on 4/20/2020. 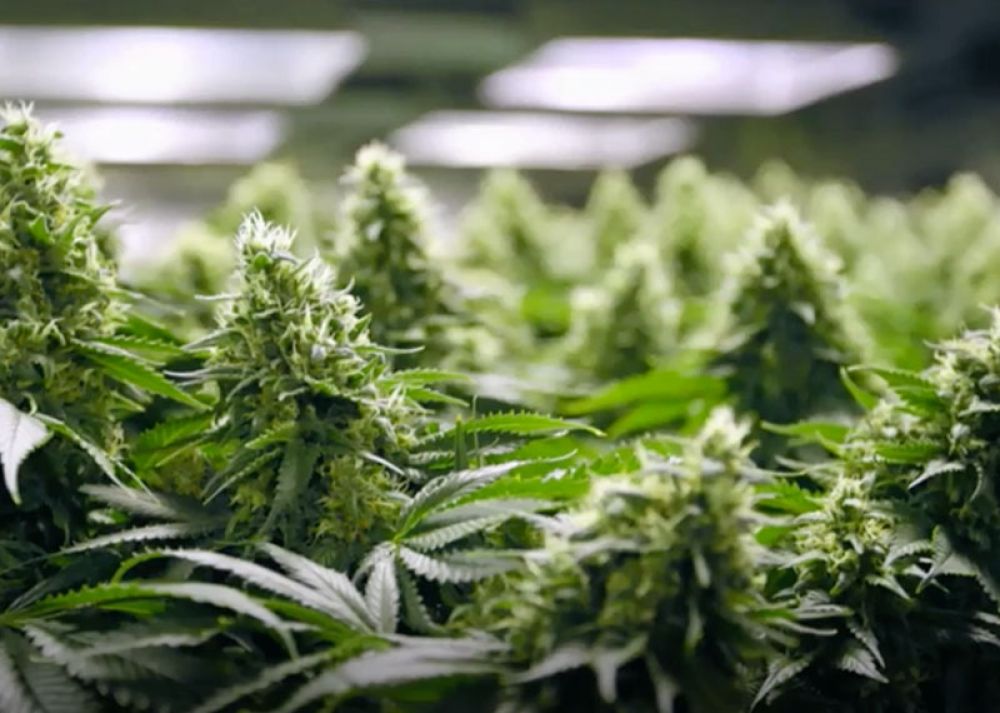 Image credit: Netflix
You can find this cannabis legalization time capsule documentary Rolling Papers on Netflix as well as Amazon Prime. It chronicles the launch of The Cannabist, which was born of The Denver Post and is noted as the first daily newspaper with a cannabis vertical. The Cannabist founder and former editor-in-chief Ricardo Baca is a stalwart in the cannabis industry, since going on to found a prominent cannabis agency in the space called Grasslands. Rolling Papers offers a unique window into the newspaper world and its struggles, as being owned by a "vulture hedge fund" media corporation named Alden, that cannabis may not be able to save alone. Many sage pieces of wisdom for both the media and cannabis industries can be mined from watching this moment in history. 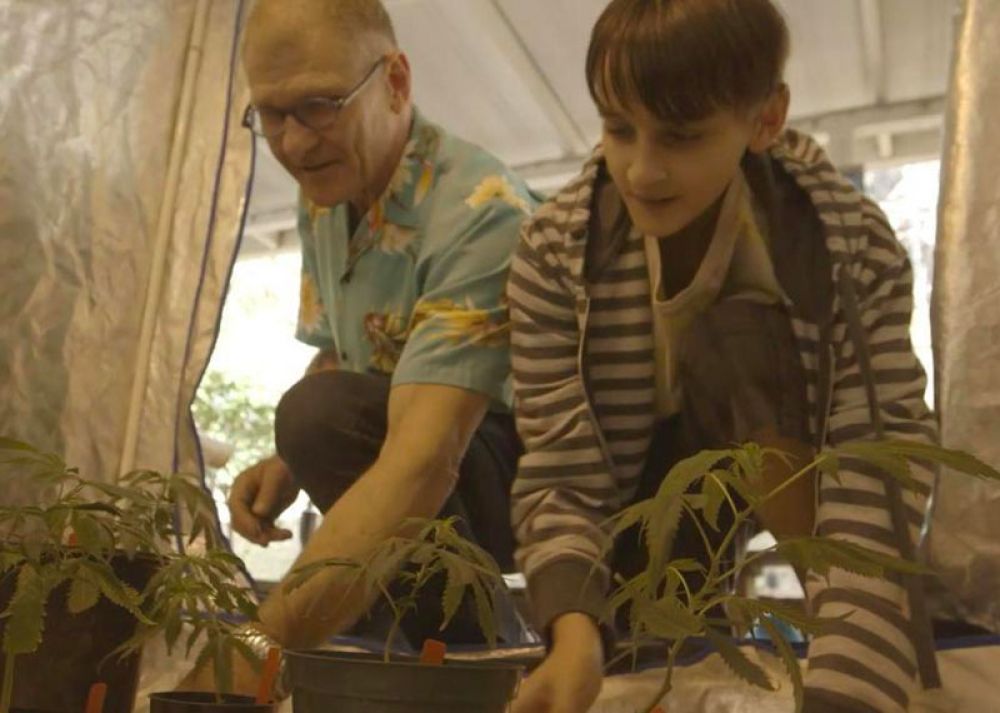 Image credit: Netflix
This documentary will forever change the way you view cannabis as medicine. Weed The People follows the families of children who have been diagnosed with cancer, whose parents are compelled to explore every option of healing for their child. The 2019 documentary points out how terrifying it can be for families who are forced to find research and take measures into their own hands. Meanwhile, the government has not allowed cannabis to be researched for medicinal properties for over 80 years and efforts by the DEA still stall. Weed The People, and other child advocates like the late Charlotte Figi, are going to change the course of cannabis medicine forever. 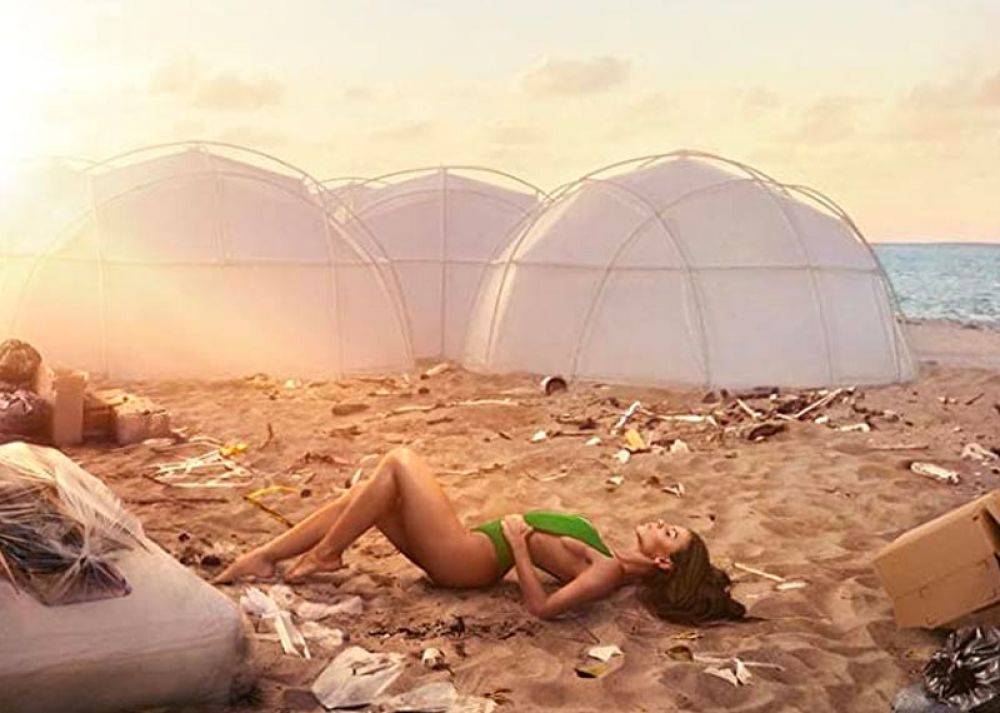 You can file this one under, how not to run a business. I wish I didn't love watching slow-motion destruction of people's festival dreams, but Fyre: The Greatest Party That Never Happened is a contender for the best Netflix doc (next to Tiger King). A painful, hilarious deconstruction of the fraudulent music festival-turned-refugee camp. It has been said by some critics that the company that made the doc for Netflix, Funny or Die, was biased because of their work with Fyre organizer William McFarland. A contending film on Hulu called Fyre Fraud has since been released, which gives a more impartial view of the turmoil. You will laugh at both. Let yourself breathe and relax knowing this isn't you. 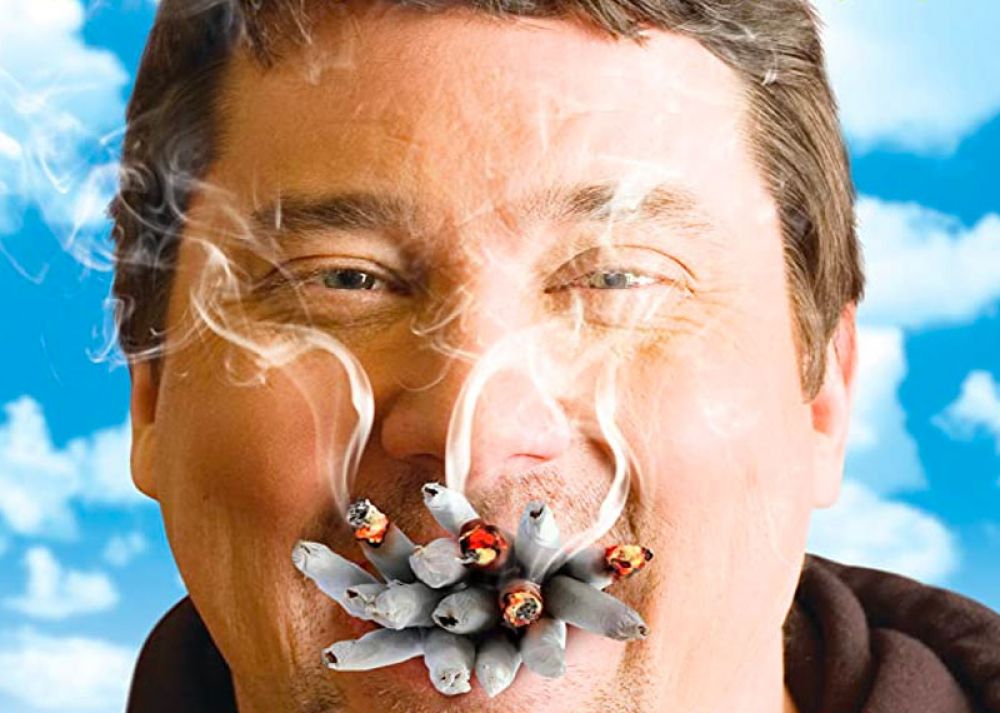 Image credit: Red Envelope Entertainment
Doug Benson, an American treasure, comedian, and cannabis industry advocate and trailblazer, stars in this 2007 documentary Super High Me. A young Benson turned a standup bit, a play on the fast-food doc Super Size Me, into a film. He smokes cannabis all day for a month and sees what it does to his body using tests before and after. Spoiler alert: he was seven times more psychic. The film takes viewers through all the methods of imbibing -- using a Volcano, the safest method is vaporization of cannabis flower, teaching about all the methods. It is fun to watch while reflecting on how far the cannabis industry has come in the last 13 years. The film lives on Amazon Prime and a few other streaming platforms.
More from Green Entrepreneur