The change we need is coming, and these entrepreneurs in the cannabis space prove it.
Next Article

Undoubtedly, the landscape for the cannabis industry has transformed over the last decade.

Ten years ago, most people had no clue about strains, cannabinoids, or terpenes, let alone had aspirations of becoming a legitimate cannabis entrepreneur. In 2010, for the first time, marijuana legalization became a mainstream political issue as the California ballot initiative, Proposition 19, pulled off a near-victory. However, it would be two more years before Colorado and Washington would become the first U.S. states, and the first political jurisdictions anywhere in the world, to legally regulate adult-use marijuana.

Of the wealth generated by cannabis last year, there was little available to Black and LatinX entrepreneurs due to the limited number of owners operating in the space. Additionally, although the first adult-use legalization is nearly 8 years old, it is only recently that states have started to focus more closely on restorative measures and use of cannabis tax revenue to address the inequities created and sustained during multiple decades of marijuana prohibition. In fact, for many early legalization laws passed, people with prior “criminal” history involving cannabis were automatically disqualified or prohibited from participation in the legal market.

Despite consistently similar consumption habits across all races, data shows Black and Brown men are far more likely to have prior arrests and convictions for cannabis possession than white counterparts. Given this history of racially-biased prohibition, the relative void of diversity across the industry is not surprising. However, based on my experience as a cannabis business strategist and market analyst, it has negatively impacted the performance of the legal market as compared to estimations of the legacy, unlicensed market.

RELATED: These 3 Marijuana Nonprofits Are Offering Real Responses To The Pandemic And Racial Injustice

In response to the need for diversity awareness, earlier this year, The WeedHead™ & Company released a widely circulated list of 65 Black and Hispanic men in cannabis to watch in 2020. Nearly halfway through the year, we have narrowed the list to focus on five critical areas of influence and rapid change in the last 5 years of cannabis legalization: Health, Equity, Advocacy, Business, and Media.

The twenty men featured are all successful green entrepreneurs despite limited investment capital available for people of color. Simultaneously, they are also much-needed educators, advocates, and change agents pushing the industry towards a more inclusive $30 billion by 2025. More importantly, this list shines a spotlight on men of color overcoming the history of shame and continued law enforcement harassment to be successful pioneers in the legal cannabis industry.

View our slideshow to see 20 outstanding Black and Latinx men in the cannabis space.

This article was written by Dasheeda Dawson with contributions from David Kellman. 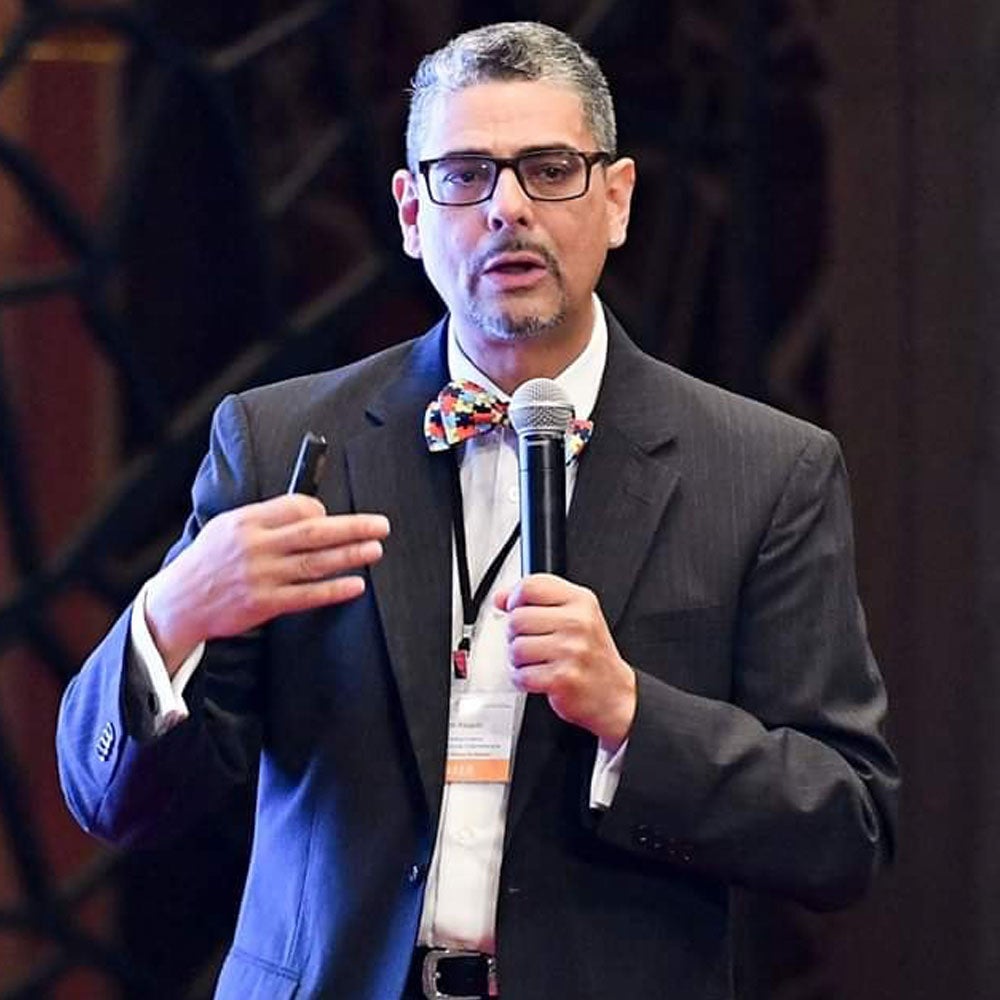 Image credit: Dr. Joseph Rosado
Dr. Joseph Rosado is the CEO of International Medical Consultants. Rosado is also a bestselling author in the cannabis space with his book Hope & Healing: The Case for Cannabis. 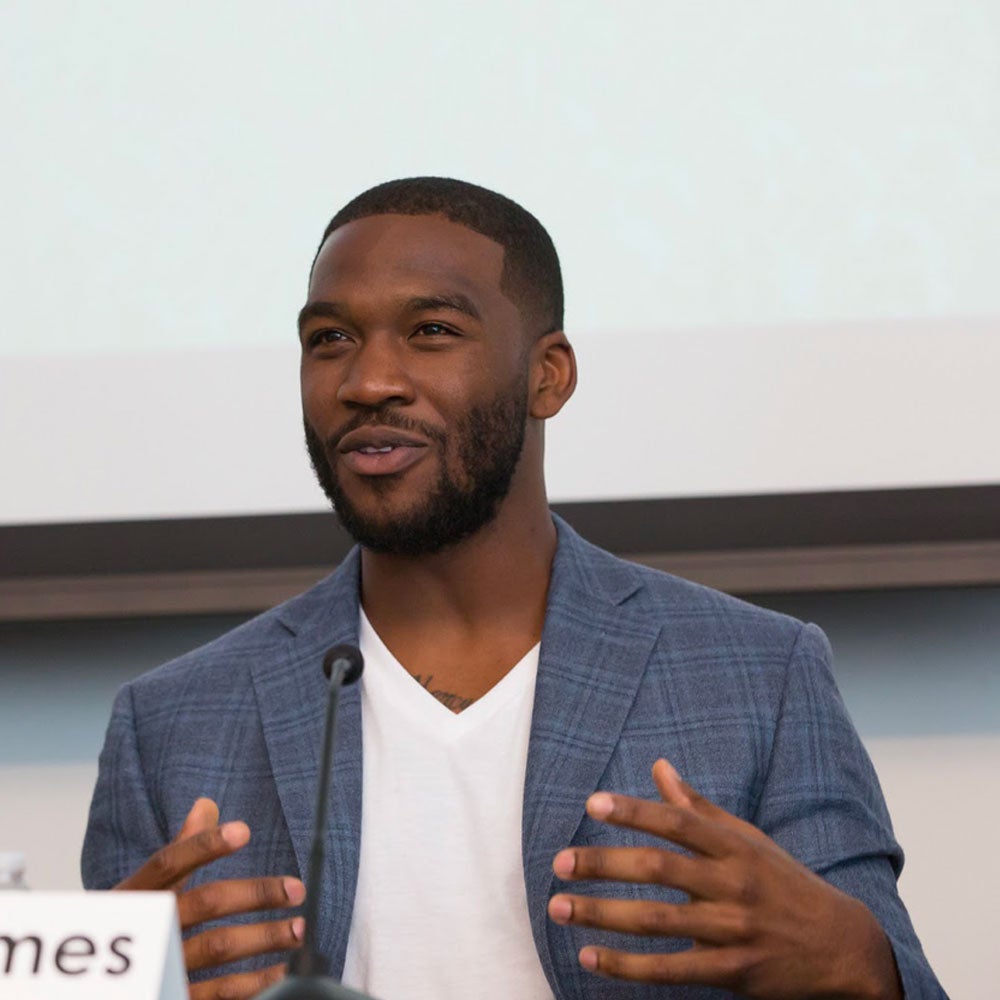 Image credit: First Therapeutic Use Exemption for Cannabis
Mike James is a former NFL player-turned-cannabis advocate. James made sports history as the first player to file for a therapeutic use exemption for cannabis in the NFL. While the organization denied the request, James has grown into an advocate for the use of medicinal cannabis for pain over opioids or other harmful pharmaceuticals. 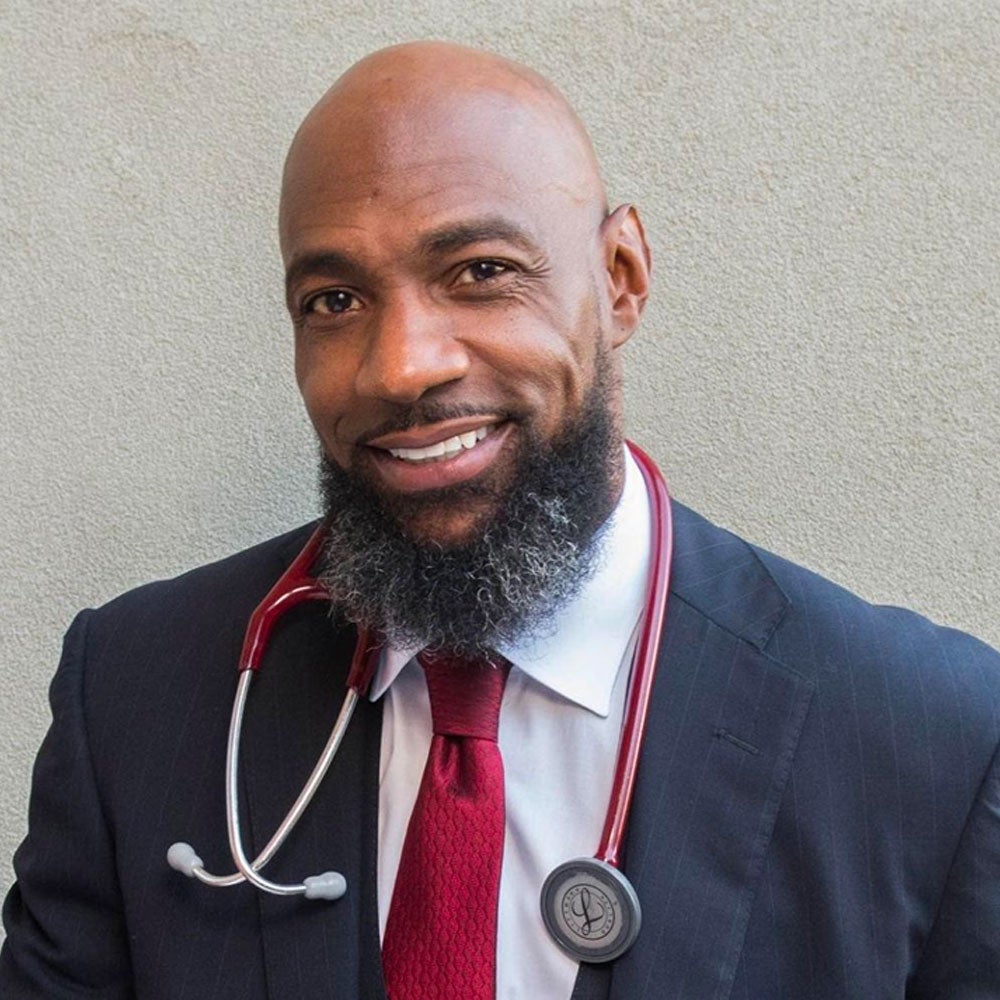 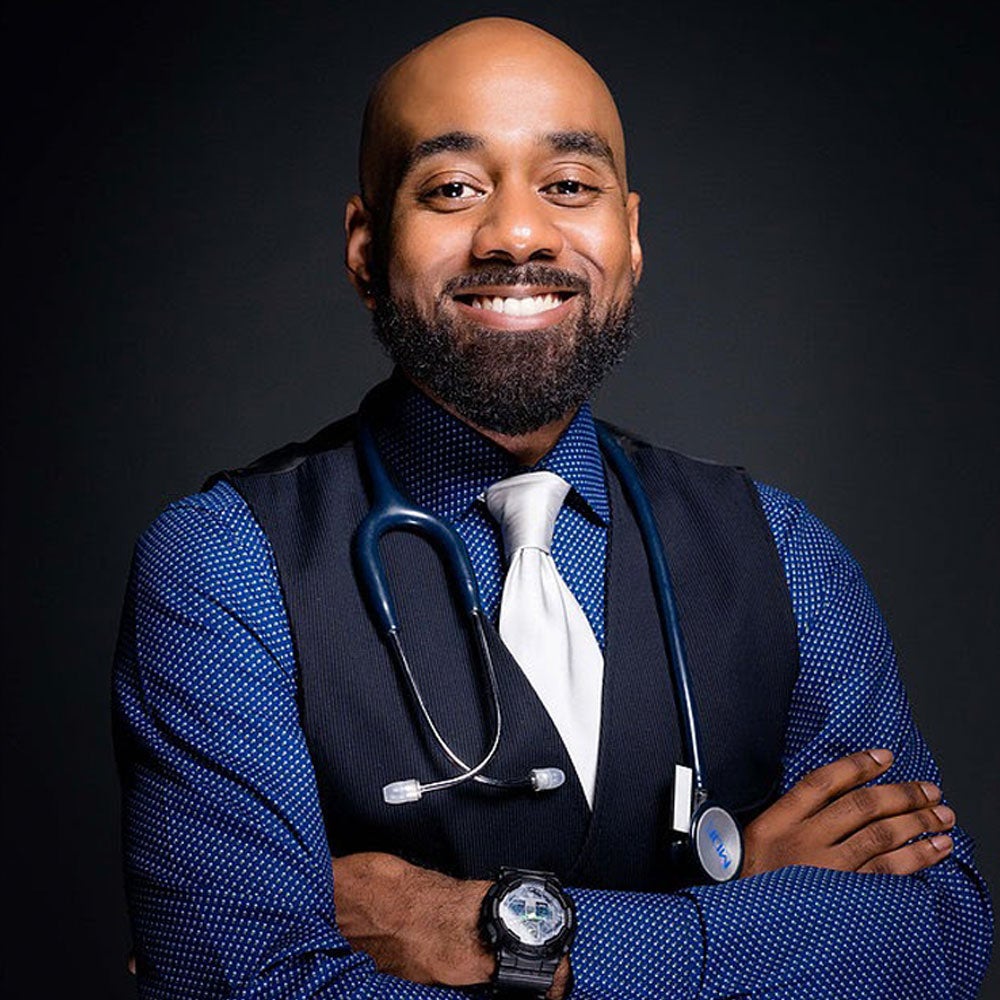 Image credit: The CanniMedic
Stanley Atkins is a U.S. Navy Veteran as well as a retired paramedic who founded The CanniMedic. Atkins worked to expand Georgia's medical cannabis program (HB65), the Atlanta Decriminalization Ordinance as we all the Decriminalization of South Fulton. The company is a member of Peachtree NORML, Georgia DHBDD and the GA Chapter President For M4MM. 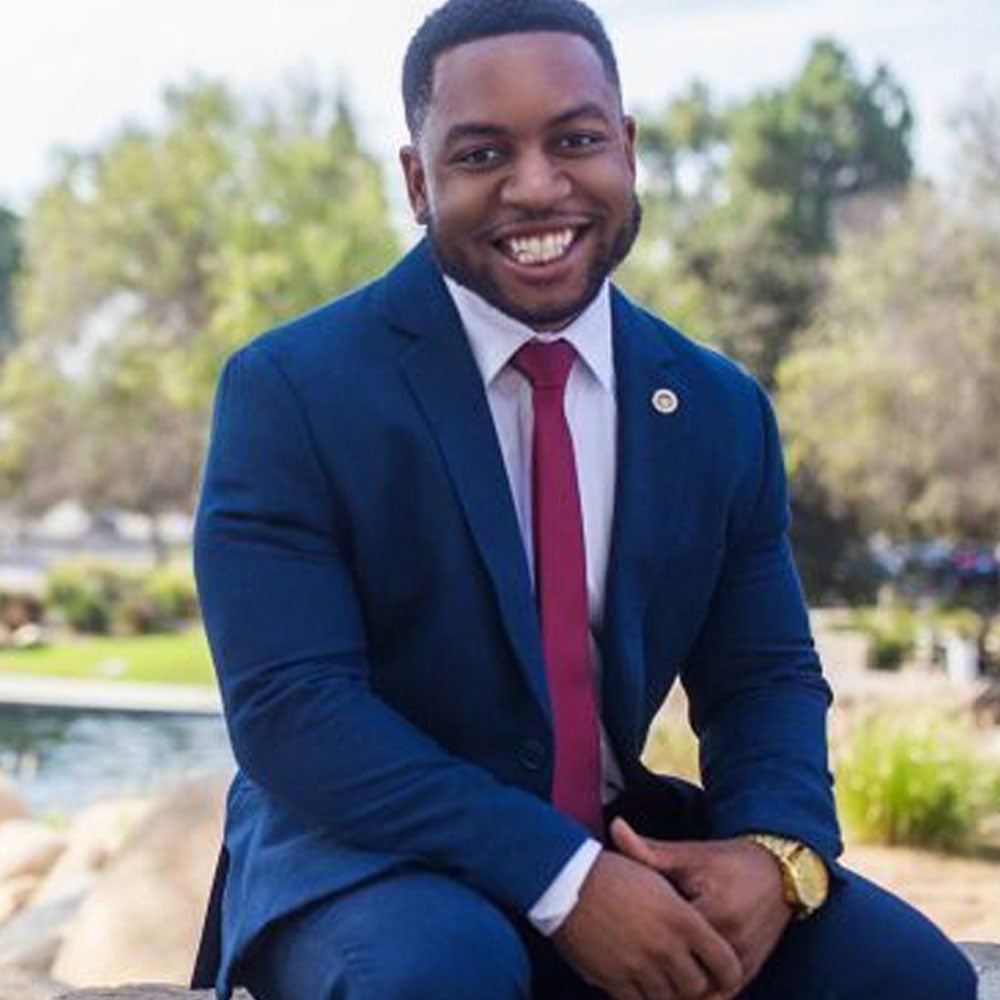 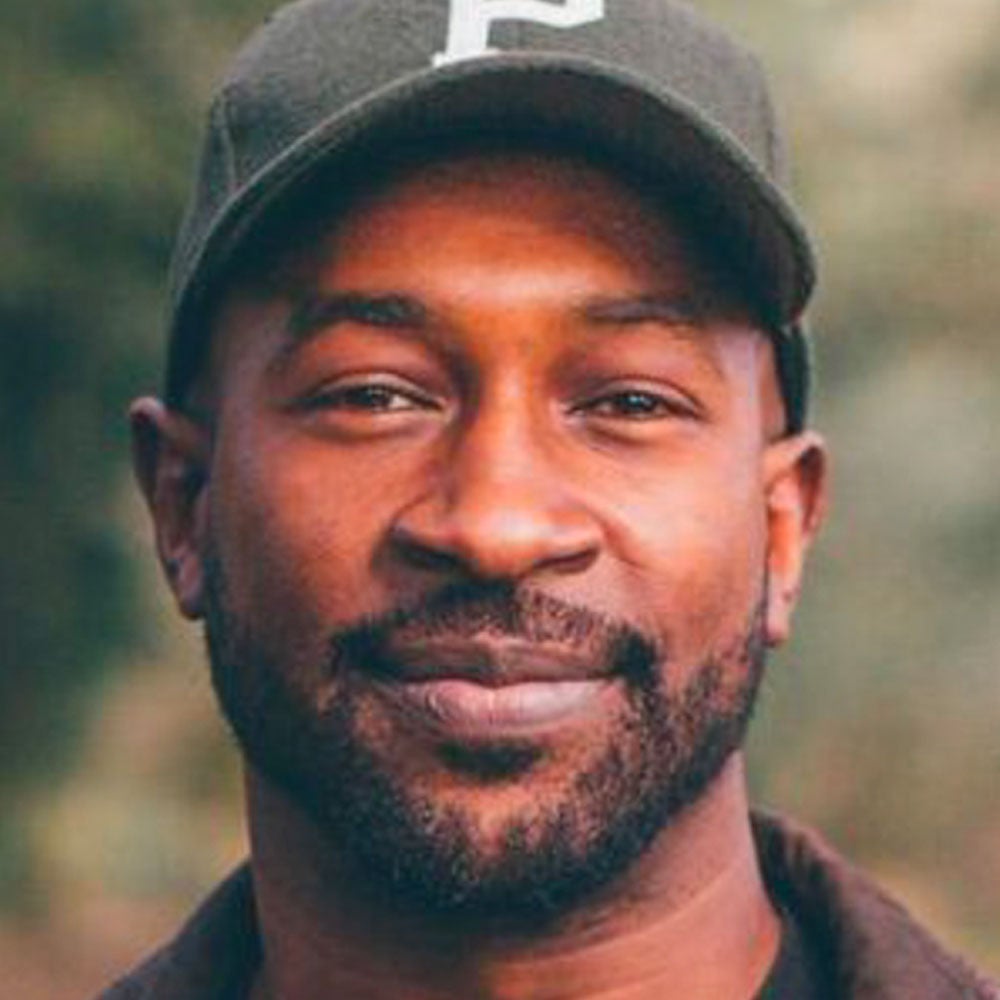 Image credit: NuLeaf Project
Jesce Horton is the trailblazing co-Founder of NuLeaf Project. Horton through his work with NuLeaf Project aims to offer capital, education, and a bridge of connection for people of color to enter the cannabis space. 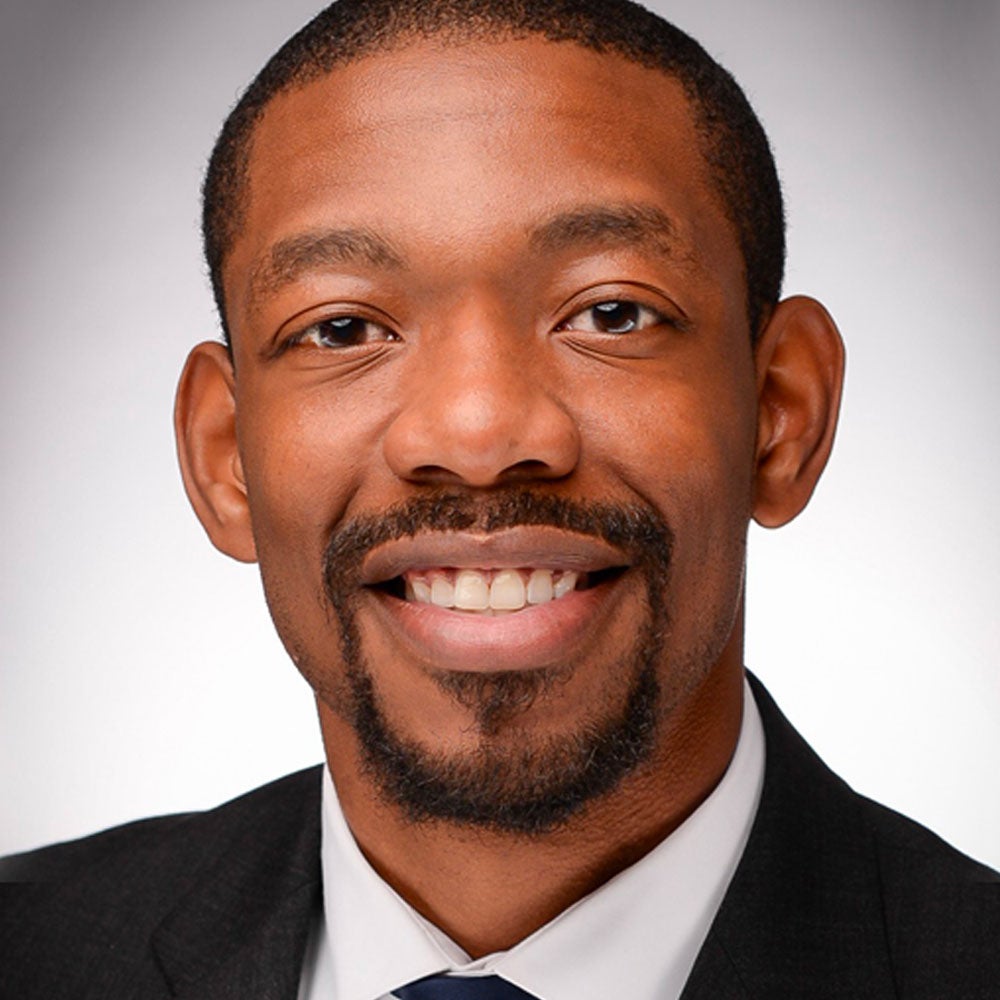 Image credit: Uplift Maryland
Kevin Ford Jr. is the Founder and CEO of Uplift Maryland. The company offers training for people who want to be a part of Maryland's cannabis industry, either as medical patients or as storeowners and licensees. Uplift is a "one-stop-shop" for medical cannabis that helps people coming from historically disenfranchised communities enter the space. 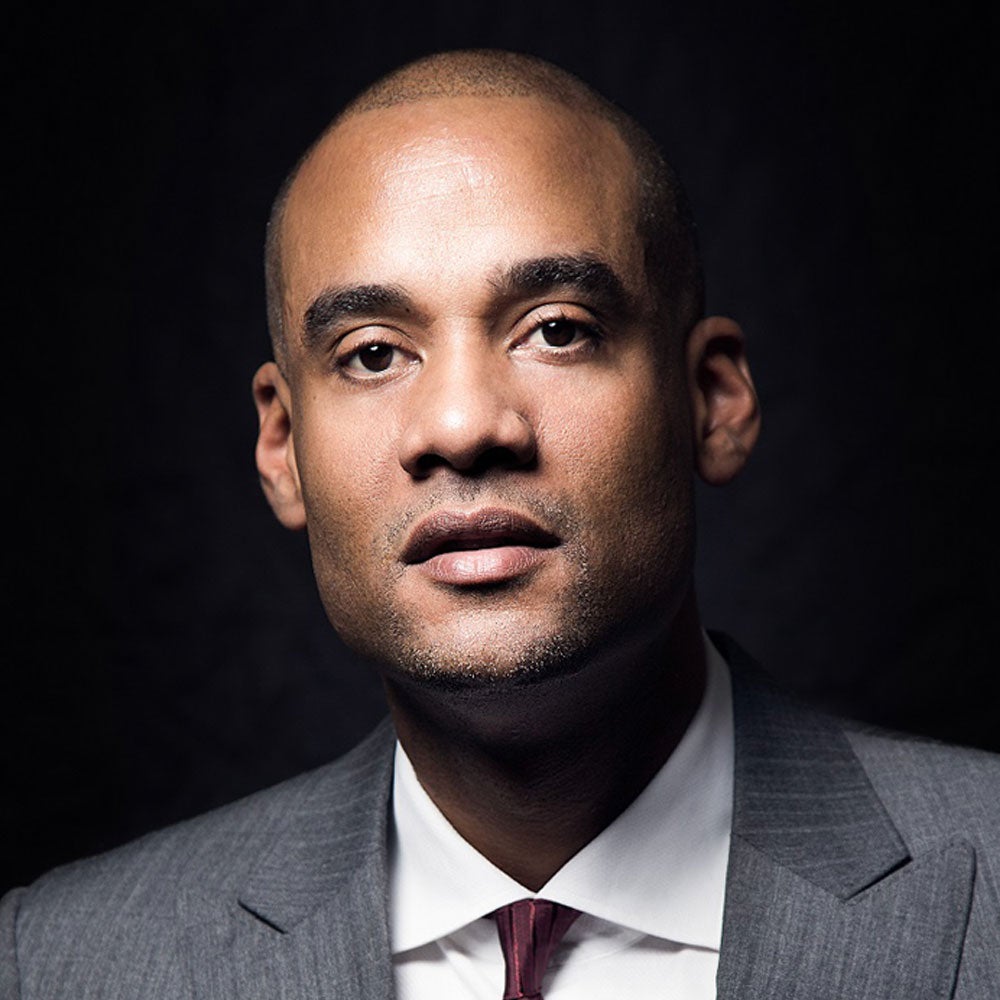 Image credit: 4thMVMT
Karim Webb is the CEO of 4thMVMT. The work of 4thMVMT empowers social equity in the cannabis industry by offering education, training, vetting, and even investment financing to individuals from communities who have been heavily impacted by the War on Drugs. Webb's work sets up entrepreneurs for success in the cannabis space who may not otherwise be able to enter. 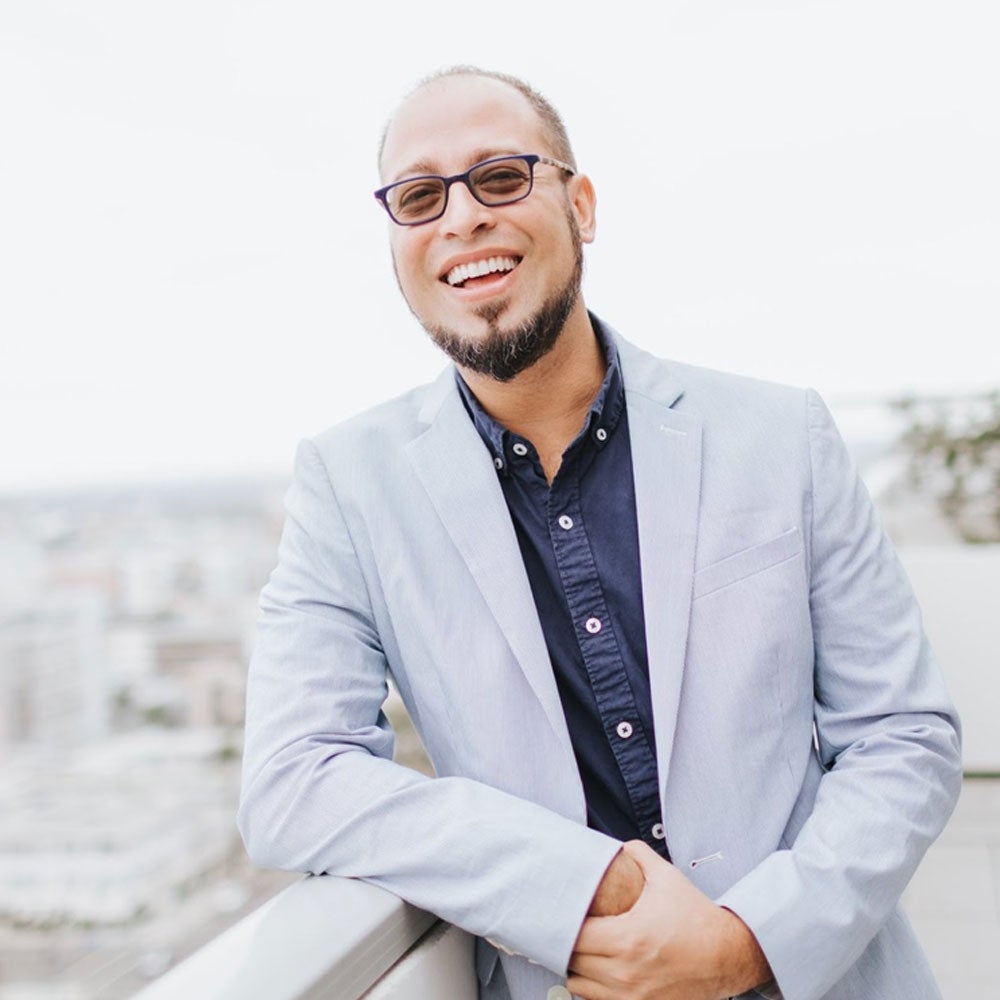 Jason Ortiz is the Board President at the Minority Cannabis Business Association. Since 2015, MCBA has earned the title of the first 501(c)(6) not-for-profit league of businesses created for minority cannabis entrepreneurs, workers, medical patients, and adult-use consumers. Its members span the country today. 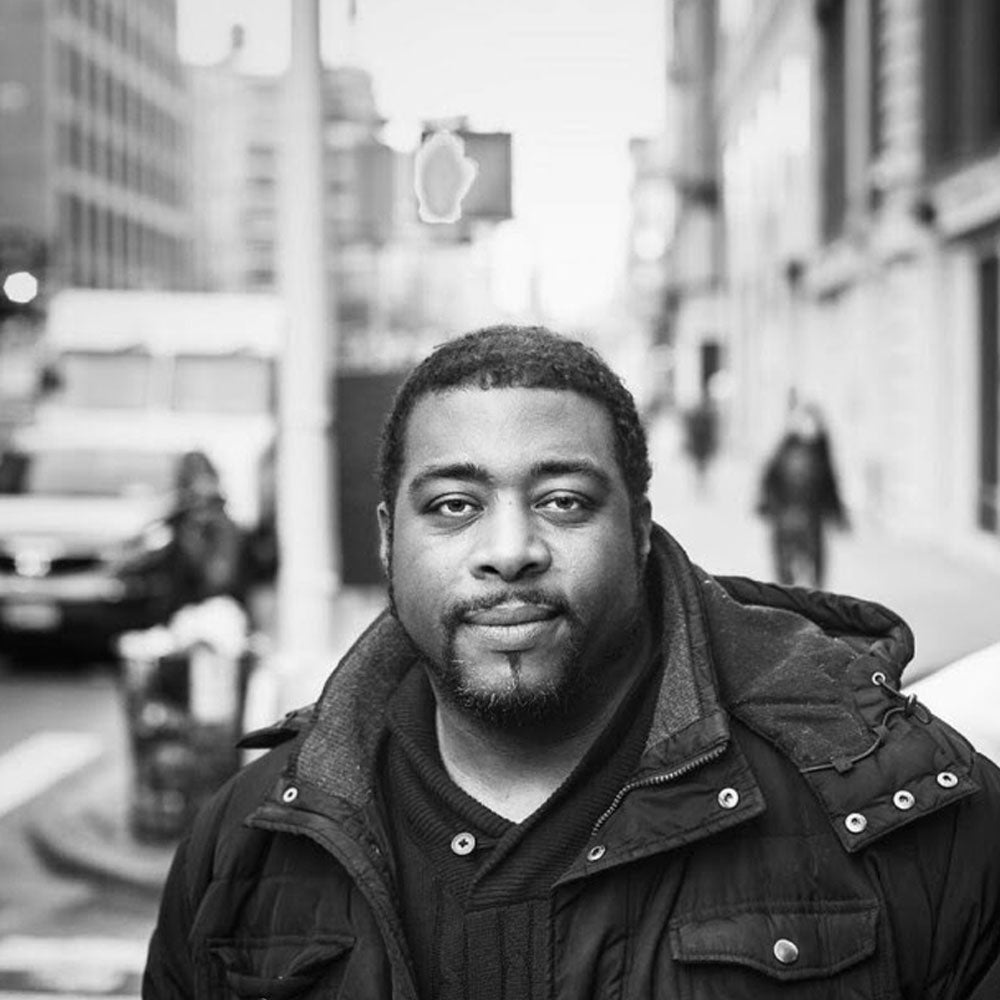 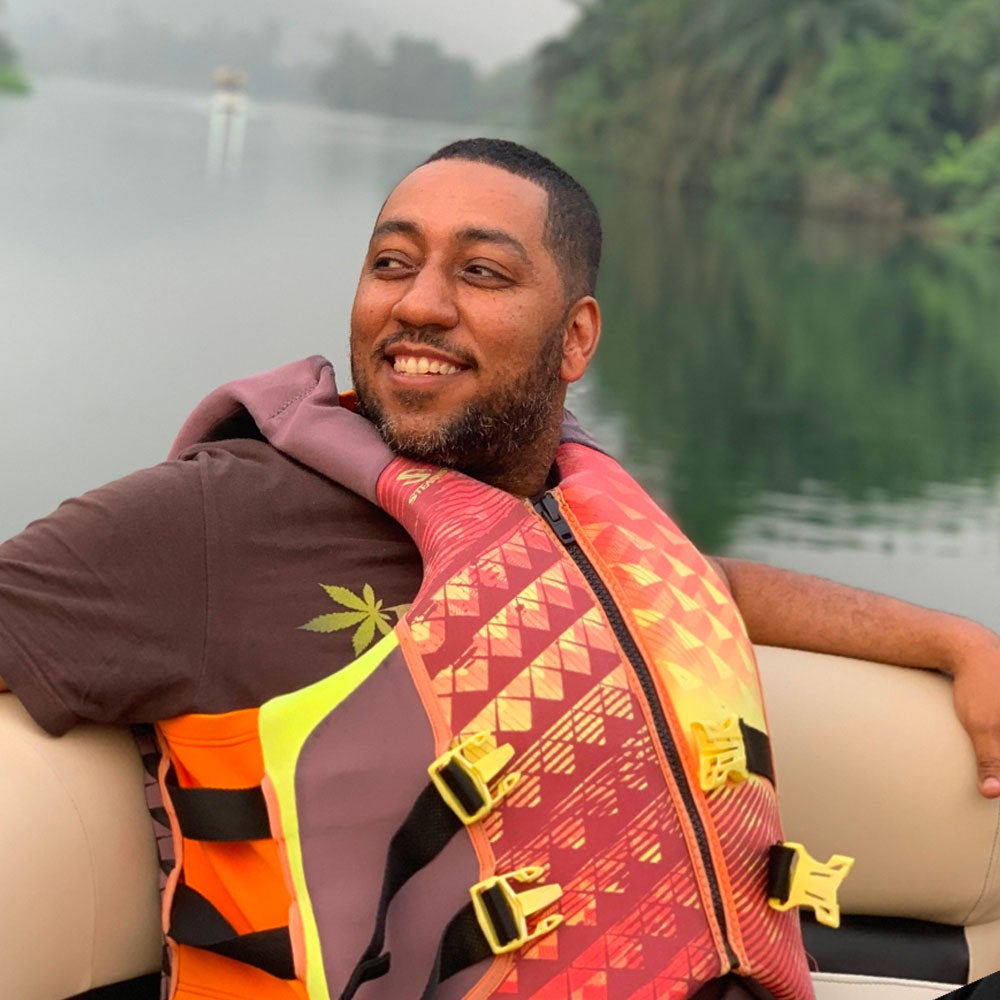 Image credit: Minnesota NORML
Marcus Harcus is the Executive Director of Minnesota NORML. Harcus shows bravery reaching across the aisle to debate with and change the hearts and minds of people in opposition to cannabis legalization. Harcus is from north Minneapolis. The former City Council candidate-turned-cannabis activist began his work with NORML with one part of his mission to make a legal industry in his home state one day that offers equity for the disproportionately affect Black and POC communities. 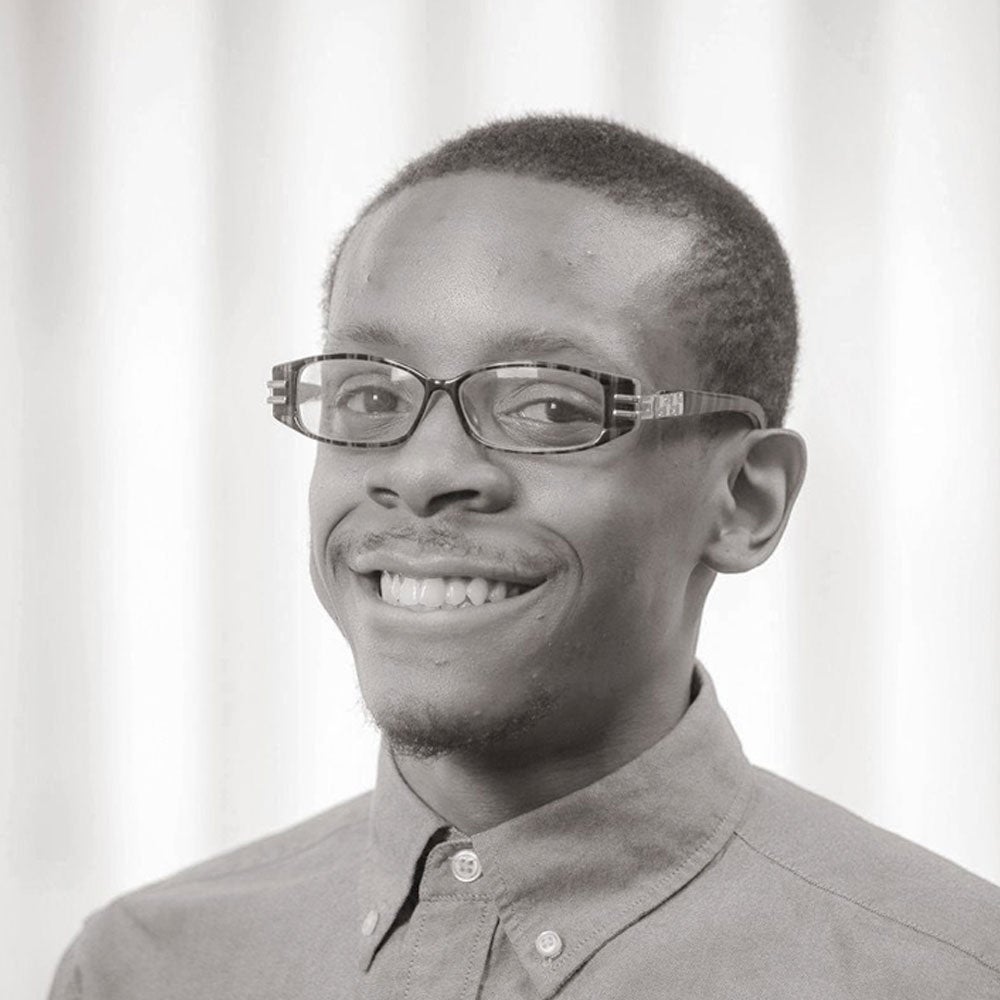 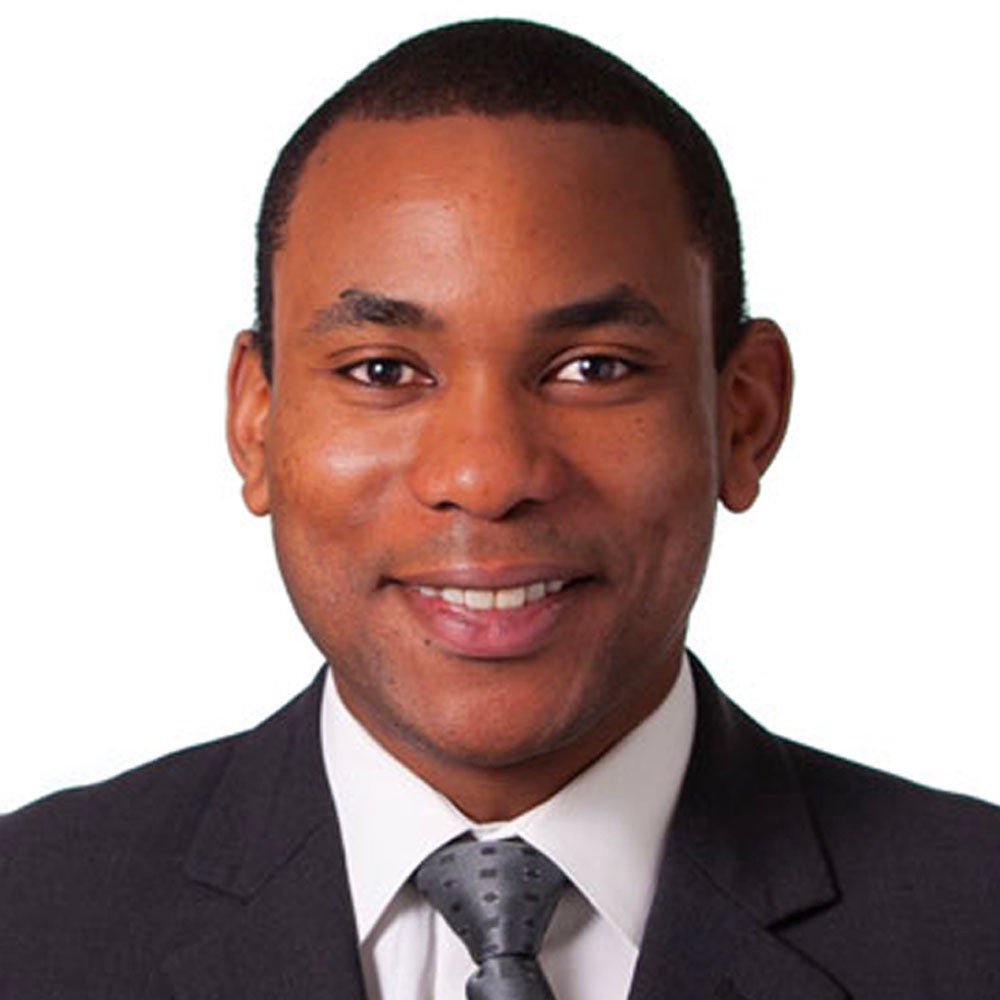 Image credit: New Frontier Data
John Kagia is the Chief Knowledge Officer at New Frontier Data. New Frontier Data is one of the leading statistics and analytical data companies looking at the cannabis industry, both medical and adult-use, across the country. Mining data and information from the industry is important, as the federal government is not keeping track of total sales within the industry. 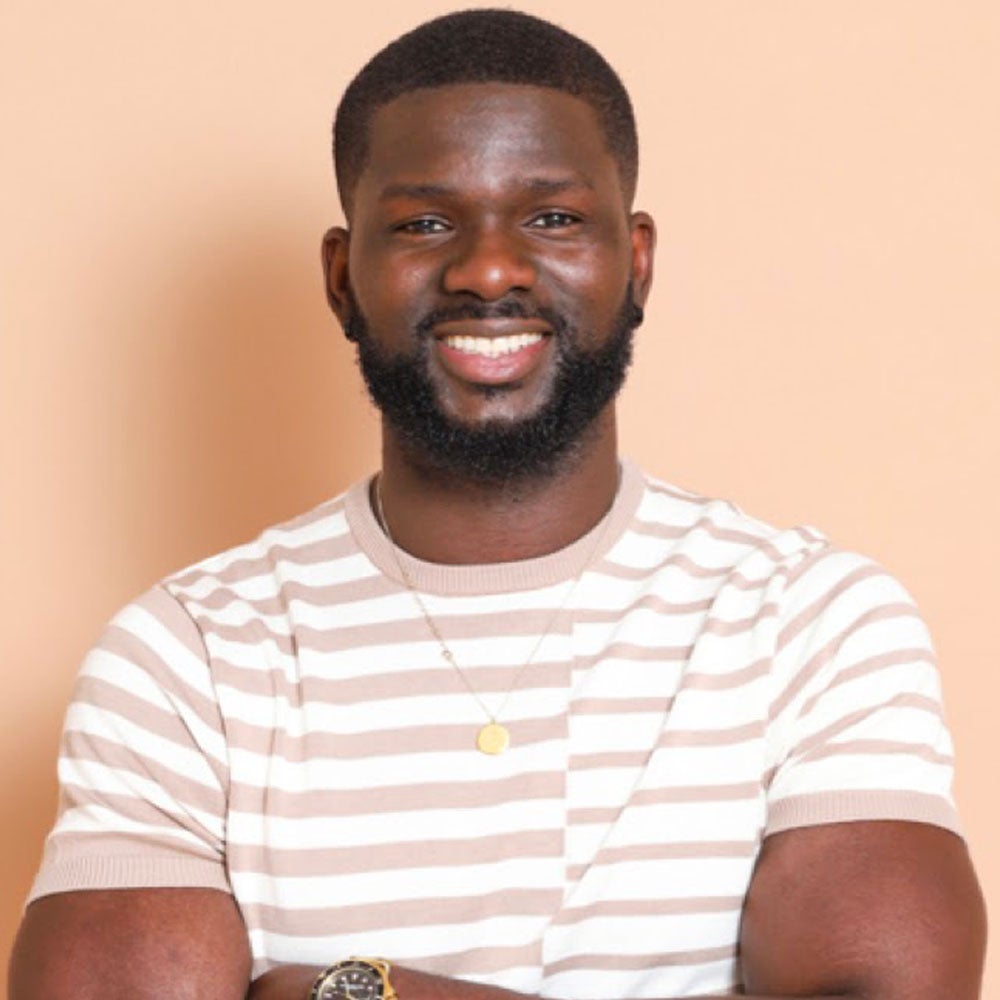 Image credit: Elev8Cannabis
Seun Adedeji is the Founder at Elev8Cannabis. Adedeji runs a series of cannabis dispensary storefronts that have grown to an interstate brand, with Elev8 Cannabis locations in Massachusetts, Oregon, and soon-to-be Illinois. Adedeji is an immigrant who grew up on the South Side of Chicago, to become the cannabis industry founder success story that he is today. 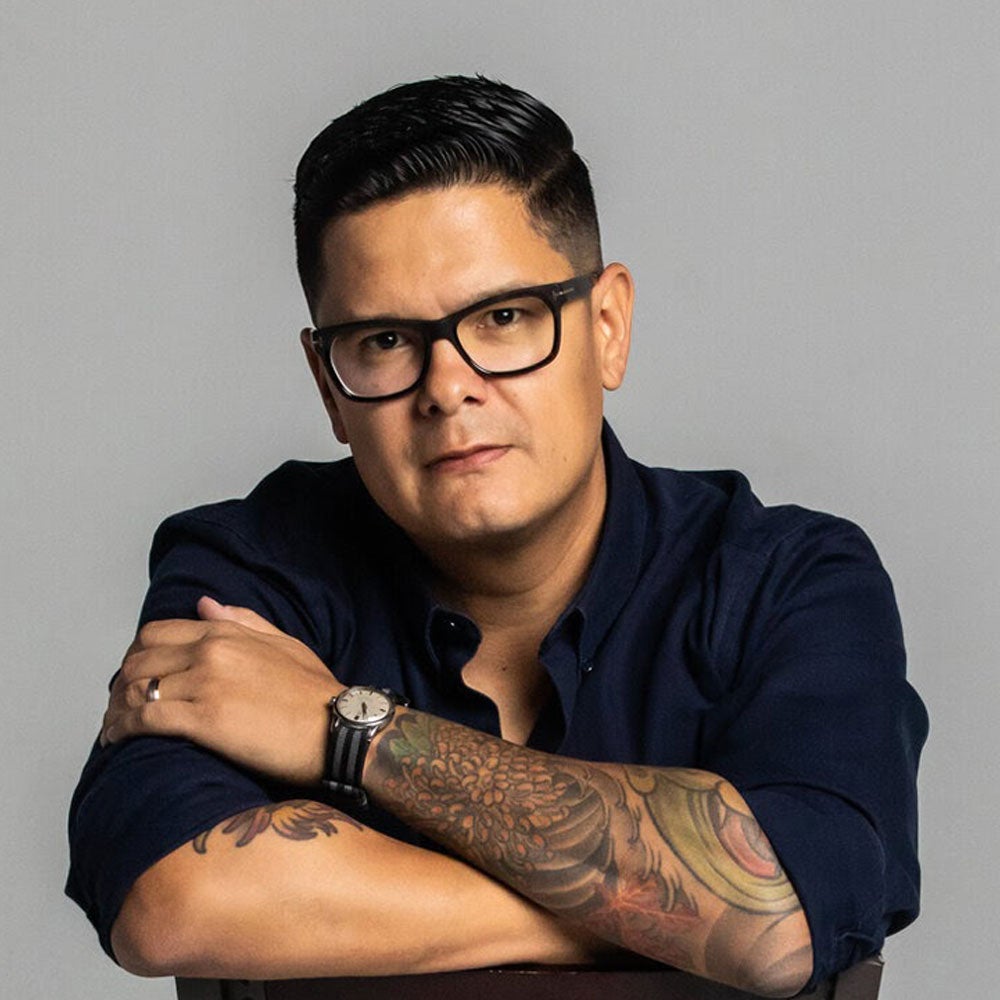 Image credit: Baker Technologies
Roger Obando is the Co-Founder of Baker Technologies, an ingenuitive cannabis tech company founded in 2014 that is one of the leading CRM platforms for the industry today. Obando is also the author of The Highest Common Denominator. 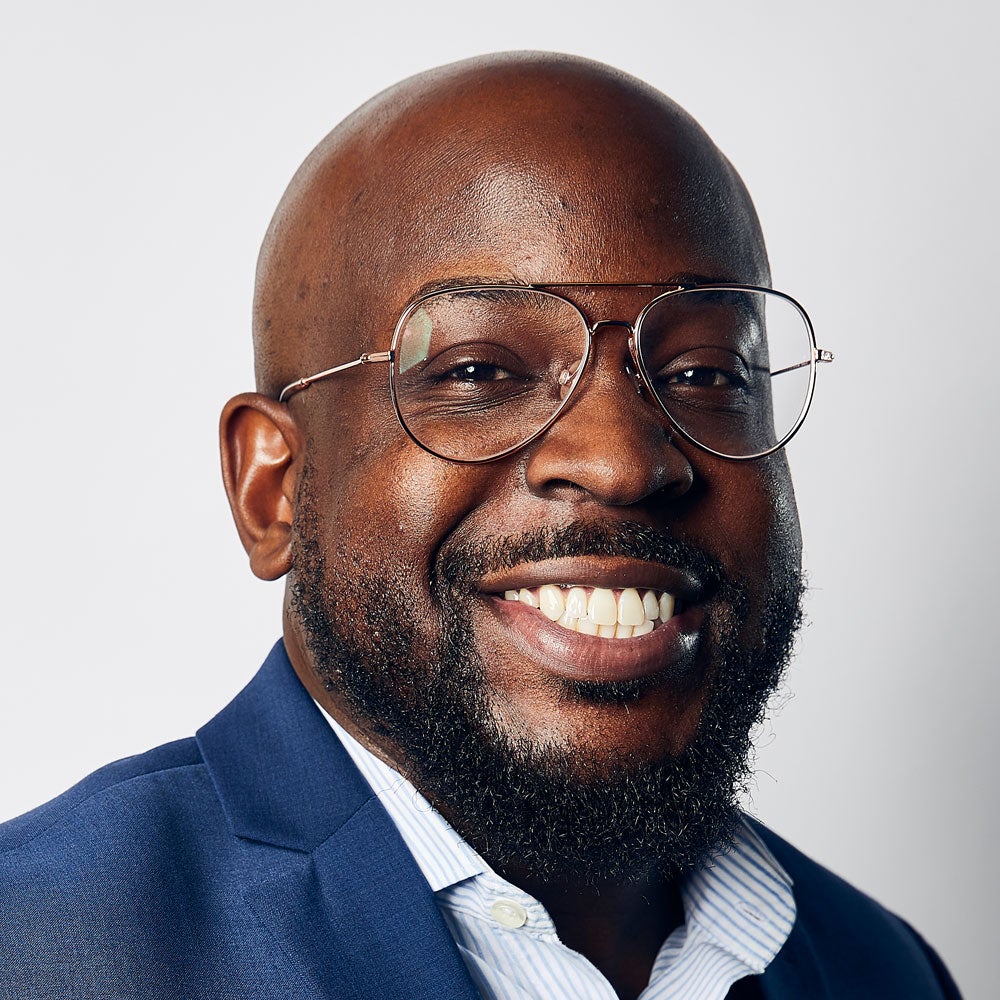 Image credit: Cory Holmes
Cory Holmes is the Founder and CEO of Holmes Organics, a popular CBD company that he developed after a lifetime of experiencing anxiety, stress, and PTSD. He decided he needed a plant-based medical alternative to anxiety as well as to aid in pain relief from several concussions from playing college football. Holmes advocates for other people of color to enter the CBD industry; he is also the Creator of the CBD Start-up Academy. 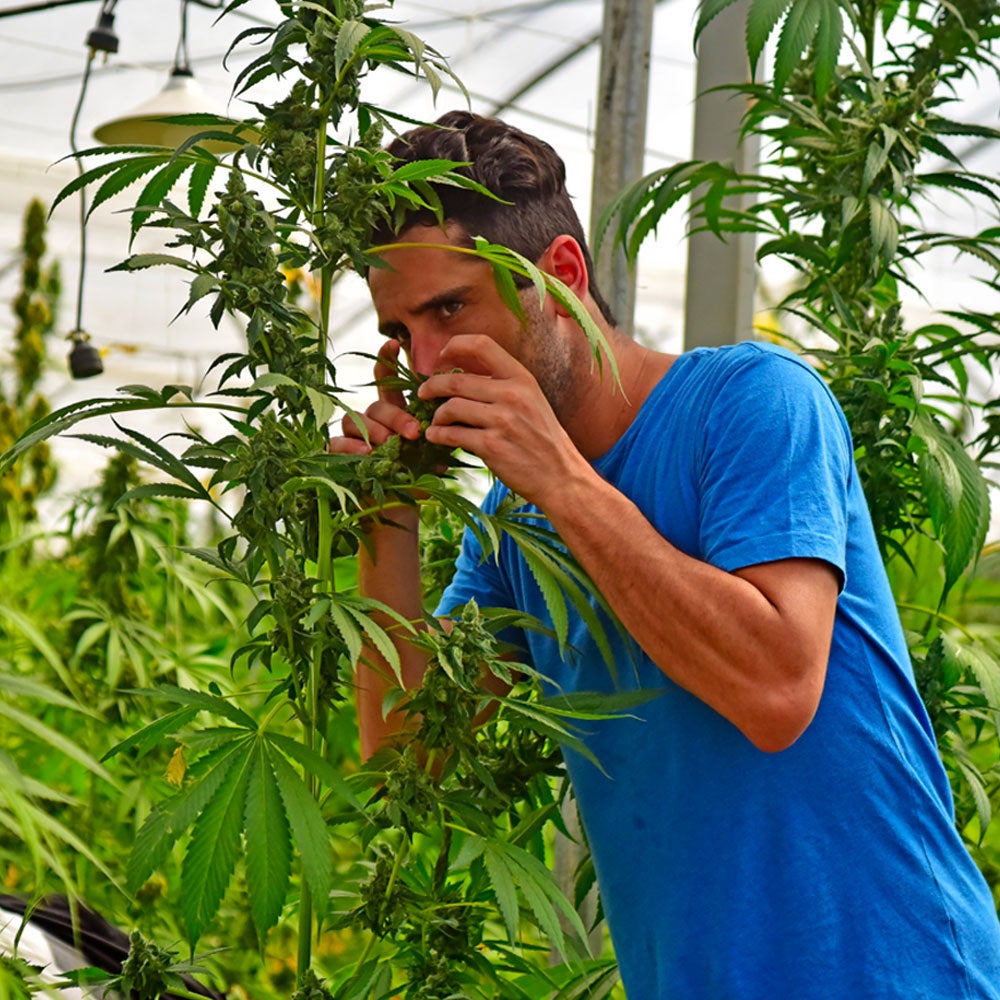 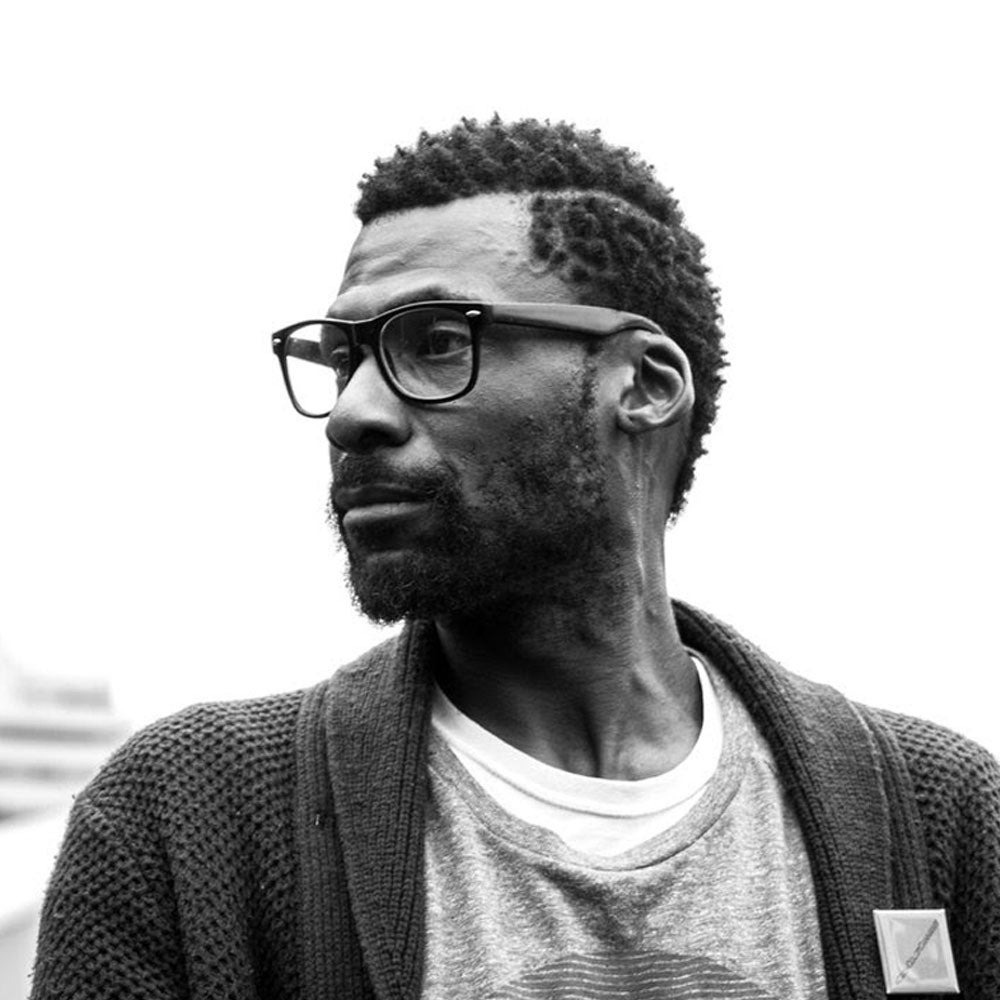 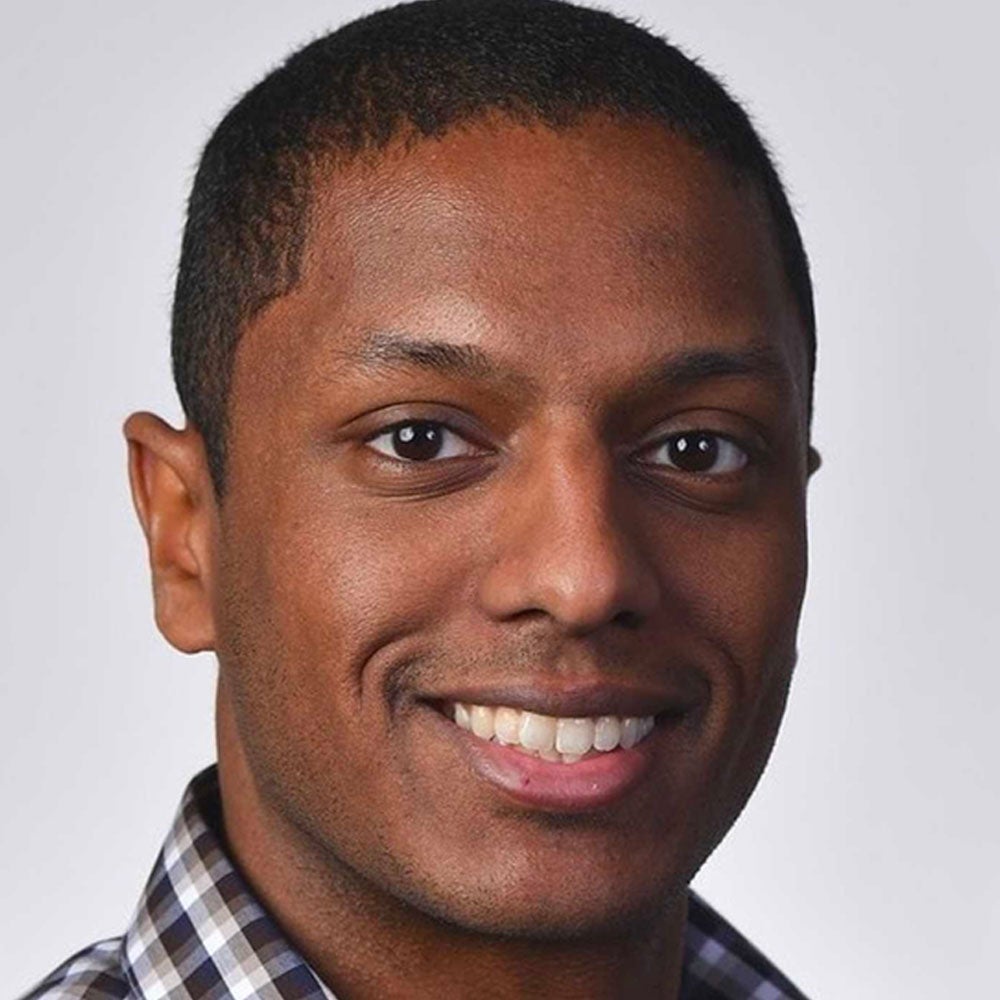 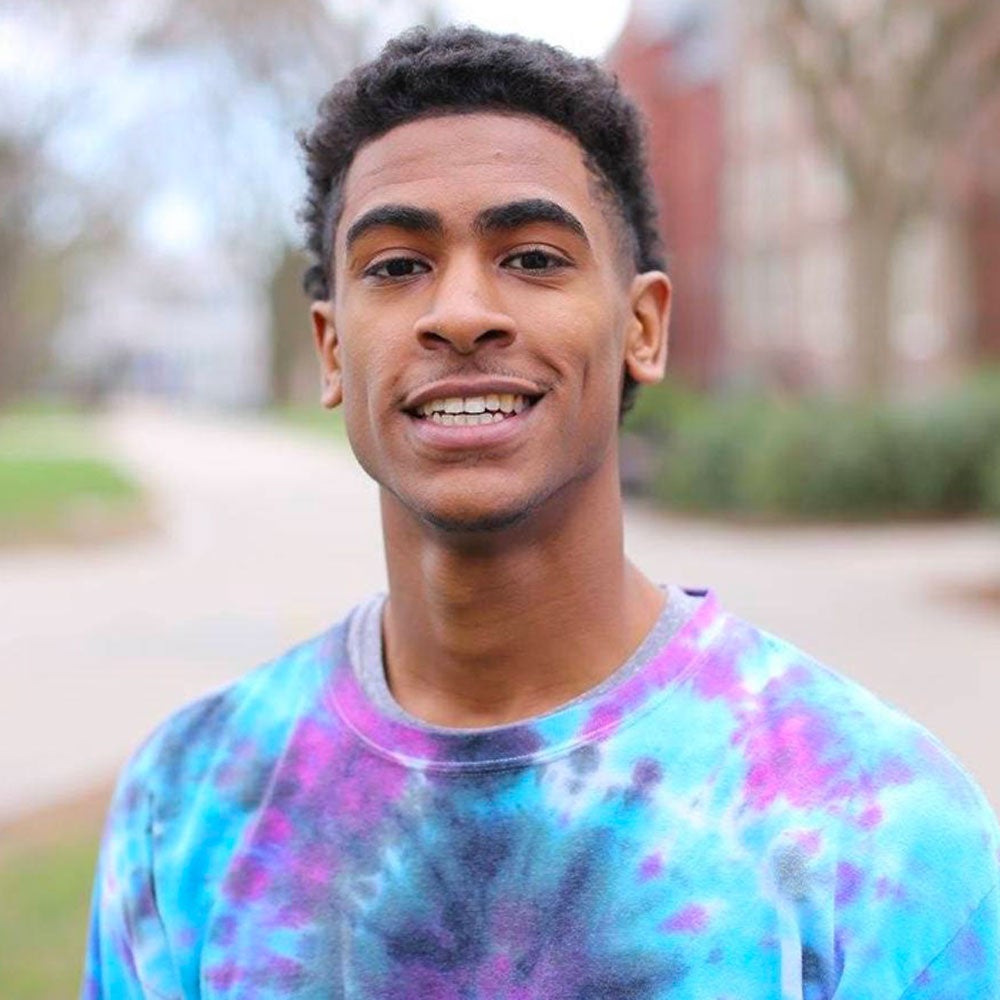 'Trust Your Gut, Do Your Due Diligence '- Q&A With Eossi Beauty Founders